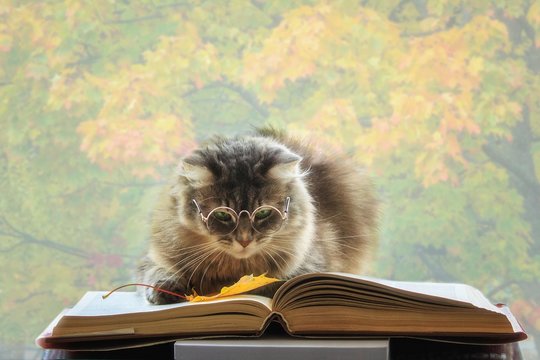 If you are a cat fan – read on. Otherwise read something else.

I wrote this column in 2016 and re-discovered it last night while going through old files. ‘Scaredy’ is now a house cat, sleeps on my chest every night, yet remains non-friendly with her offspring upstairs. Tez and I still hope to see that change.

I’m comfortable suggesting Scaredy Cat’s life expectancy has been reduced by one life. Assuming prior to yesterday the celebrity cat still had credit for the nine lives attributed to felines I guarantee she is down to eight.

Scaredy Cat wormed her way into the House of Podge 14 months ago. Exactly how or why the tiny, terrified, female ball of fur found our yard in June 2015 remains a mystery, however she is not the first stray to decide my back step is a friendly, warm place to find sanctuary. (Such activity has not been restricted to cats or dogs – human waifs have found their way to my house over the years as well).

Scaredy Cat was terrified when first discovered hiding in our potato patch.

She stole my heart that first day though I pretended different. Cats have a way of seeing through such bluffs. Either that or they simply have the patience to wear down a human’s resistance over time. Regardless, once Scaredy found our backyard there was no leaving.

I’ve always been fond of cats yet maintain they should remain indoors and not create chaos for neighbours. However, circumstances dictated there was no more room in the inn for Scaredy (our ancient Persian was not well enough to take on a new, rough-and-tumble roommate.) So Scaredy was allowed access to my writing shed.

When Tez and I left town for two days last June we did not realize Scaredy was locked in the shed. Upon return home we discovered her still in the shed along with four brand new kittens. Surprise, surprise now there were five in the shed.

After several conversations with veterinarians (and a refusal to have all five cats put down) Tez and I agreed to have Scaredy fixed, keep the menagerie together for eight weeks until the kittens could be weaned from mom, and give them to good homes.

Things never quite worked out that way.

After eight weeks of laughter and smiles, and a wife who loves cats more than I, it was clear at least one or two kittens would stay. We agreed to only keep any females. Turned out there were none.

At that point I boldly dictated we would only keep two kittens, which Tez agreed to, however she insisted I would decide who we keep and who we said goodbye to. Hence we have four full energy male kittens within our home while Scaredy Cat remains a tenant in our shed. She has the run of the yard during the day and locked up at night.

Based on the advice of the veterinarian we have purposely kept Mom separate from the kittens ever since the eight week separation time period. Since Scaredy would not be allowed in the house and the kittens would not be allowed out it meant a parting of the ways. Once a feral cat is separated from her kittens for any long length of time they apparently become mortal enemies.

For the past year Scaredy has become more relaxed and trusting of humans to the point of being renamed ‘Not So’ as in Not So Scaredy. She lovingly follows us around the yard daily and happily scampers into her safe, warm shed bed every night.

One of her four kittens, tagged ‘Bandit’, is literally her mirror image. Not only is Bandit the same size and weight but her markings are identical.

Bandit has spent the better part of the last six months attempting to escape the house waiting patiently by the door for someone to open it.

So yesterday a very tired Tez wandered into the house at the end of a long day’s work in the yard. As she got to the top of the stairs she noticed the outside door was slightly ajar and there on the top of the steps, looking a little afraid, was Bandit. In pure panic mode of seeing her naïve housebound kitten scamper off into the great unknown Tez quickly scooped up Bandit, opened the door a little further, and tossed him inside for safekeeping.

It’s hard to know who was more shocked by the new arrival, however when Scaredy hit the floor in the middle of the circle of four offspring all hell broke loose. Each kitten hissed, spitted, leapt in the air, and ran in different direction. Scaredy Cat having nowhere to run attempted to triple in size and put on her best imitation cougar display.

Most traumatized of all was Tez, who recognizing her error, risked life and limb and intervened yet again. She immediately picked up Scaredy and tossed her back outside. Only a few claw marks were left behind as war memories.

The brief journey in and out of the house marked the only time Scaredy Cat had ever been picked up.

It’s been a full day now and things are almost normal (?) again at House Podge except all four kittens now remain glued to the kitchen window in hopes of spotting the stranger that entered their world briefly the day before.

Meanwhile Scaredy Cat’s back hiding in the potato patch and has not gone near the back step again.

Tez, on the other hand, may take a little while longer to recover.