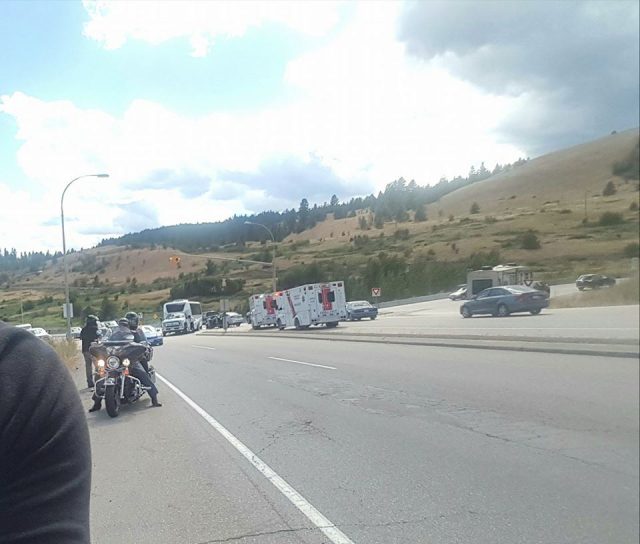 A fairly serious accident on highway 97 at approximately 3:45pm today and when a young man (20 years old) and his young child collided with a passenger bus at the turnoff at Preditor Ridge. The child and young man rushed to hospital and the passengers on board the bus were assets mainly at the scene. There doesnt appear to be serious injuries from all that were on the bus at this time. A couple bikers were the first on scene and said the young man was very pale and in and out of consciousness. They also mentioned that they were very surprised that no police had shown up on the scene and they had been there for 20-25 minutes. It is unsure when the ambulance arrive but believed it was within 15 min of the accident.