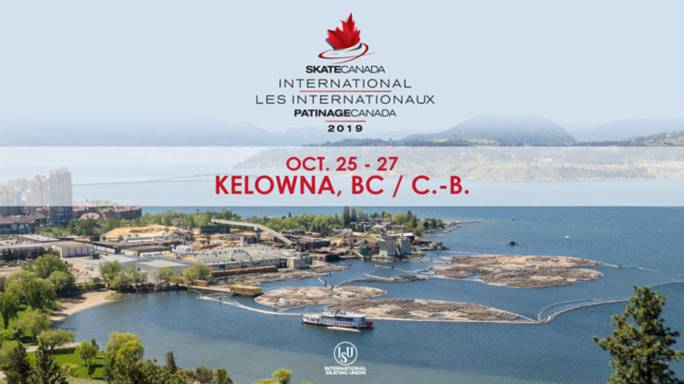 Kelowna, British Columbia will host the 2019 Skate Canada International. The event will take place at Prospera Place, a 6,886-seat multi-purpose arena that is home to the Kelowna Rockets of the Western Hockey League (WHL), from October 25-27, 2019.

“We are so proud to host some of the greatest skaters from around the world and we look forward to seeing them perform on a national stage here in Kelowna,” said Mayor Colin Basran. “Kelowna’s young figure skaters will be inspired by the elite international talent on display, and our whole community will be energized by the experience of hosting this major sporting event for the second time in five years.”

The region has nearly 200,000 residents and Kelowna is the third largest population centre in B.C. Kelowna is known for its four seasons of outdoor activities including hiking, biking, skiing, golf and lake activities and is an incredible culinary travel destination.
“Tourism Kelowna was very proud to support the bid to bring Skate Canada International back to the Central Okanagan,” said Lisanne Ballantyne, Tourism Kelowna’s President and CEO.

Televised internationally, Skate Canada is a signature event that will generate more than $3 million in new, economic impact for Kelowna. Our world-class hospitality, hotels, and attractions look forward to welcoming the athletes and the fans to our beautiful region.”

Each skater/team can be assigned a maximum of two events. Skaters are awarded points based on their placements at their events. The top six from each discipline (men, women, pair and ice dance) qualify for the ISU Grand Prix of Figure Skating Final.

The full schedule will not be determined until early fall.
*SINGLE EVENT TICKETS WILL BE AVAILABLE AT A LATER DATE ONCE SCHEDULE IS FINALIZED*