Home GO! - Lifestyles Who stole my hat? An encounter with Gord Downie 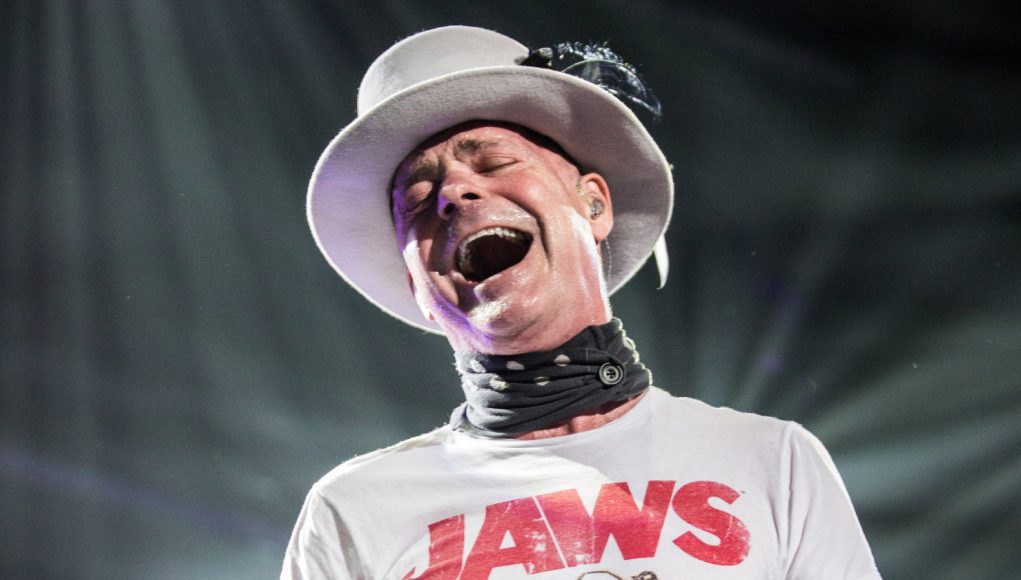 Who stole my hat? An encounter with Gord Downie

Sometimes we look back on our lives and memories shoot out like stars in the black tapestry of night.

As I was doing some spring cleaning I came across a box labeled, ‘Hats.’ I opened the box and a collection of hats from over the years welcomed me. As a bald man, the hat is a socially acceptable toupee. Hats have been collected over the years and for one reason or another, I had kept a collection of them and, here, in this box they have remained in storage until now.

There is a Deftones hat, a crumpled baseball hat weathered and misshapen, but it reminds me of a road trip with dear friends as we headed down to Tacoma to see the Deftones and Rise Against in the summer of 2017. Seems like a long time ago. There is also the bowler’s cap I picked up while on a trip to Turkey back in 2015, It doesn’t really fit now but I held onto it because it reminds me of Istanbul where the hat was first purchased. As I run my hand through the collection, I come across one hat in particular and that hat, dear reader, is why I’ve written this article.

There was a time when I shared a wall in an apartment building with a smart and pretty woman named Lisa. Lisa was a quirky and interesting woman. She had Lebanese eyes, dark as the curling hair that fell down to her shoulders. She introduced me to artists like Tom Waits and Ray Lamontange and I will forever be grateful for those two particular introductions.

One day we were having some wine on my balcony when she handed me an envelope.

“What’s this?” I asked, intrigued.

She sipped her wine and nodded to the envelope. “Open it and find out.”

When I reached inside I withdrew two concert tickets. 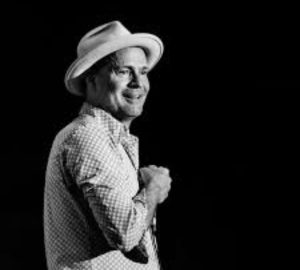 Gord Downie and the Country of Miracles were playing the following night in Vernon. “No way!”

I had been a huge Tragically Hip fan for years. Their songs, like my beloved hats, seemed to accompany me on many of my adventures and are truly the soundtrack to some of my fondest memories. So, to see he was touring away from the Hip was a shocking revelation.

I fumbled my wine and hugged Lisa. We put the Hip on the stereo just to hear his voice. “I wonder what he’s like on his own away from the band he’s always been with?”

When the next day came I had to find an outfit for the show. I had been wearing flip flops and jeans all the way into late September and my wardrobe was in a bad state. So what does a fella do? He heads to Value Village with time to spend. I came out of there with a nice black button-down shirt, olive green pants and a pair of weathered brown leather boots. All of it cost me about $45.

I had previously been to Nelson on a road trip and while I was there I had seen a funky duckbill tweed cap. It was damn expensive but it fit right. It was different from all my other hats. It stopped me mid stride outside the boutique’s window. I figured it would be a nice accessory for the show.

As Lisa arrived I donned my hat to complete my outfit. She wore a lovely black dress and black heels. We both wore jean jackets to warm ourselves against the cooling night.

After driving to Vernon, we walked into the lobby of the magnificent Performing Arts Center on Sept. 26, 2010. High ceilings, burgundy floors and walls, a quartet playing in the corner, fine art hanging in a small gallery to the side, wine in the hands of everyone awaiting for the theatre doors to open. 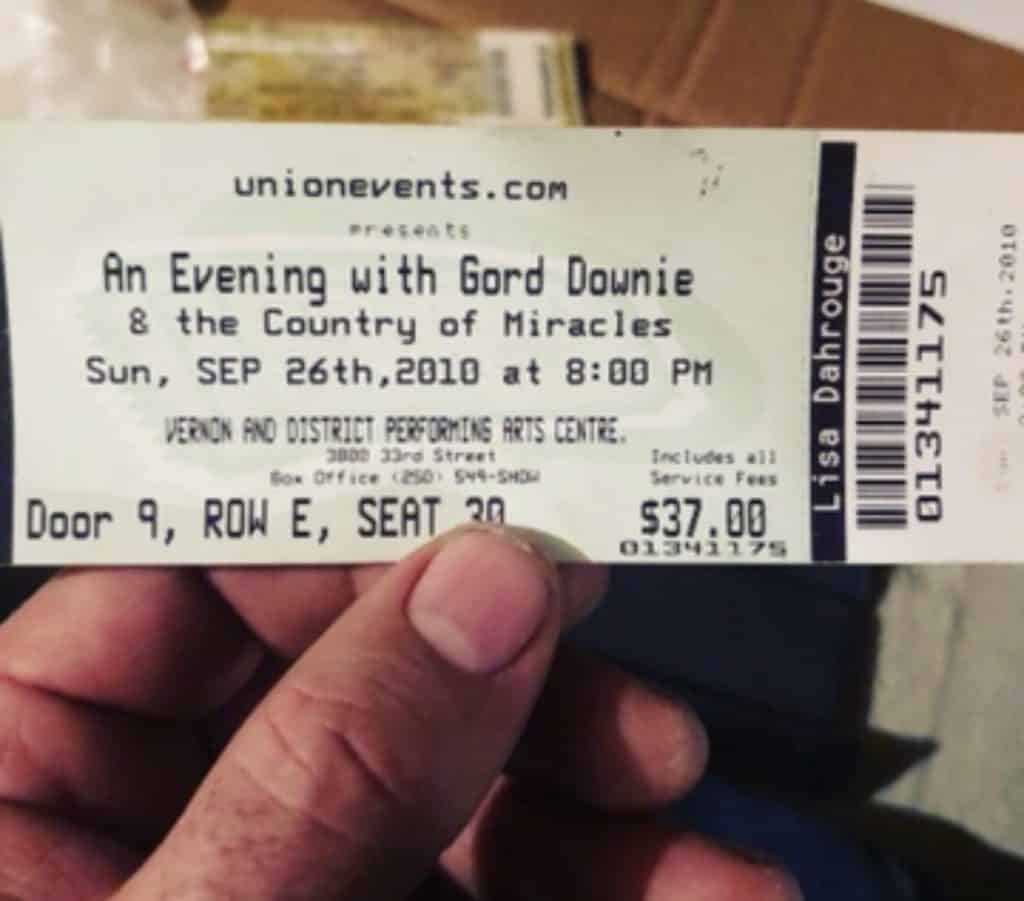 The lights suddenly dimmed. We made our way down the stairs and into the theatre. I looked at my ticket. Row E seat 30. Mid Auditorium, 5 rows up. Perfect.

As we took our seats the show began. We could see figures in the shadows of the stage. A chello begins strumming and a spotlight catches a lone figure dressed in a blazer and jeans. A bald, shimmering head turned and we saw his smiling face. Everyone went nuts, applauding.

He broke into a round of spoken word poetry to start the show. The band in the back added a dramatic ebb and flow, a rhythm reminiscent of water rising and falling as Gord spoke. A stage hand suddenly appeared. He set up a projector and a white light illuminates a large backdrop above and behind the band. Blue and yellow lights softly bloomed across the stage. 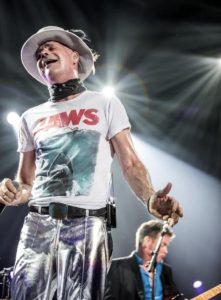 As Gord stopped speaking he took a translucent page and set it atop the projector. He withdrew a black felt pen and began drawing lines, rectangles, squares and soon, a city appeared. He then took a glass bowl full of water and gently placed it over his drawing. The music suddenly became somewhat angry. I felt like I was at an opera. Gord then took yellow, red and orange drops of food dye and dropped them over the windows of the buildings he’d drawn. Then he added black. It’s as if his city is now burning. And then, the stage went dark. All the lights turn off. Everyone stood, clapping their hands together and whistling and yelling.

The lights came back on, Gord and his band broke into their single, ‘The East Wind.’

Gord clapped his hands to the drums so we clapped along with.

“If anyone wants to dance there’s a large space up front here.”

I grabbed Lisa’s hand and we excused ourselves from our row. “Excuse me. Pardon. Sorry. Just going to go dance.”

We made our way onto the floor before anyone else. The song was upbeat and I don’t like to sit when there’s a chance to dance. The stage is just higher than my belly button. Gord Downie was wearing sneakers. I could pick his pocket – he was so close to me. I turned to Lisa, I took her hand and as I spun her someone took my hat from my head.

As a bald man, you don’t touch the hat. It should be an unwritten law. I quickly turned around but no one was on the dance floor yet. ‘What the-?’ I looked up. Gord has picked MY pocket and by pocket I mean he’s taken my beloved chapeau and was holding it up for me to see, clenched between his thumb and index fingers. There’s that mischievous smile of his and he put it on his now very sweaty head.

I try to play it off as no big deal. I keep dancing. Smiling. All the while, however, I’m thinking deep inside, ‘that’s my favourite hat and that son of a bitch better give it back.’

I remember his voice singing the first lyrics of that song. “Hello again my friends. I’ve come to see you again.” He had the ability to summon up deep rooted emotion in those lyrics and I remember my worry melting away as the song continued. “Like the East wind. The laziest wind. It doesn’t go around you. It goes through you.”

More people summoned up their courage and joined us on the theatre floor. Sometimes there is just a need to dance and I’m happy he invited us up. As the song ended he walked over to me, knelt down, took the hat from his head and lowered it back down to me. As I smiled and took the hat back, he covered his heart with his hand and mouthed, ‘thank you.’ 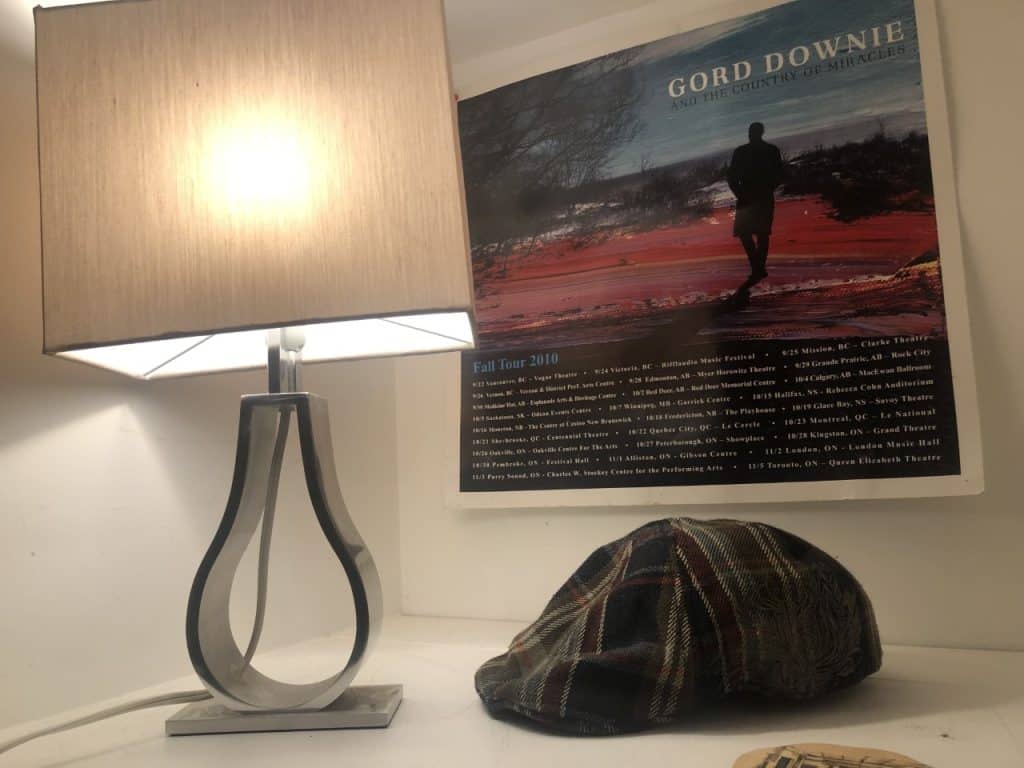 As I write this I am wearing the hat. It’s bill is broken and it’s colour has faded, but the memories of that night are still as wild and bright as the lights in the theatre that night now 11 years past.

Gord is gone but his spirit lives on in his music, his poetry and with his sweat that still resides somewhere in the fabric of this hat of mine. When I wear this hat, it reminds me of a time before the pandemic, before we lost this incredible man and of a night where I was fortunate enough to come so close to a man who meant so much to me and to the country I adore.