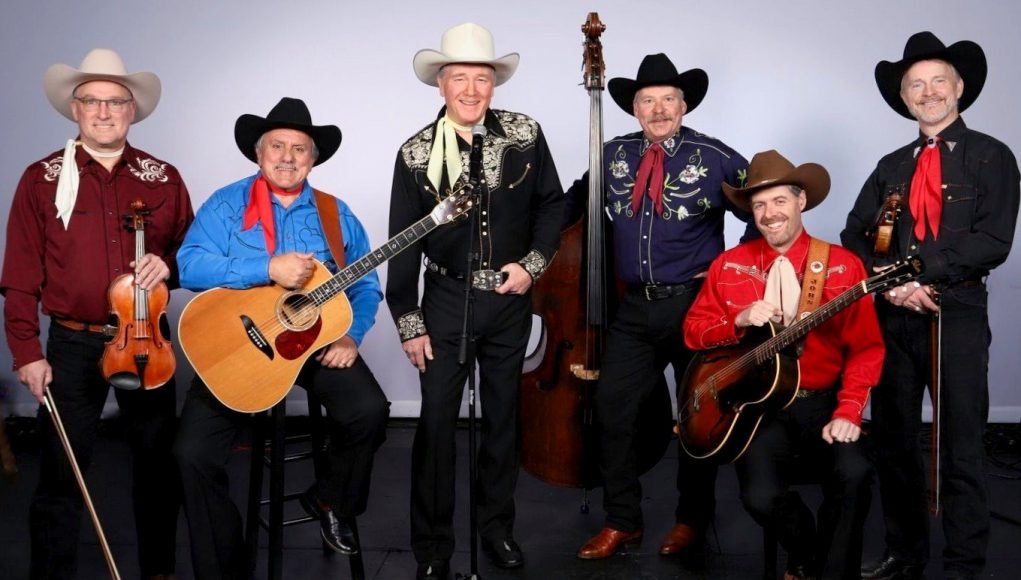 “No other group had as profound an effect on the history of Western music.” — Ranger Doug of Riders in the Sky

Celebrating their historic 85th anniversary, the Sons of the Pioneers will ride into British Columbia for seven performances in October 2019.

Long regarded as the most influential and prolific Western music group, the Pioneers will tour through the beautiful theatres in the British Columbia cities of Cranbrook (Oct. 7), Trail (Oct. 8), Oliver (Oct. 9), Penticton (Oct. 10), Vernon (Oct. 11), Kelowna (Oct. 12) and Chilliwack (Oct. 13).

The Sons of the Pioneers are the gold standard for Western music, delivering thrilling harmonies, iconic yodeling, and poetic images of the West. Signature songs like “Cool Water,” “Tumbling Tumbleweeds,” and “Ghost Riders in the Sky,” forever rooted in Western lore, are stirring new audiences of all ages. Both “Tumbleweeds” and “Cool Water” have been inducted into the Grammy Hall of Fame.

In celebration of the historic anniversary, the Pioneers have also released their first album in eight years, “85 Years of Harmony,” to wide acclaim.

When Roy Rogers (then Leonard Slye) and gifted songwriters Bob Nolan and Tim Spencer began developing their trademark “Pioneer sound” in the 1930s, little did they realize they were launching a juggernaut that would become one of the most decorated and longest-lived groups in American music history. Since then, 47 official members have rotated through to keep the Pioneers’ musical campfire burning brightly.

“We stay true to the music—so many of these songs are masterpieces—and audiences just get really excited,” says Nallie, the current leader and only the fourth “trail boss” in the group’s history.

Another development that Rogers—whose storied film, TV, and recording career earned him the sobriquet “King of the Cowboys”—might not have foreseen is the recent addition of his son, Dusty, into the group in 2018. “How many guys get to join their father’s group that their dad started 85 years ago?” says Rogers. “I think it’s almost unheard of.”

“We are honoured to return to British Columbia,” says Nallie. “Canadians really know and appreciate Western music, and that makes it really fun for us, too.”

For all BC shows: Donations and pledges will benefit Ronald McDonald Houses in BC & Yukon