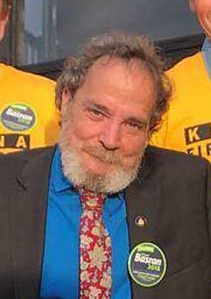 After five years of hard work Lost Souls of Lakewood – The History and Mystery of Blaylock Mansion will hit B.C. bookstores Saturday, June 5. The official launch will be at Mosaic Books downtown Kelowna from 11-3 Saturday June 5th, 2021.

“It’s been quite the journey but I am thrilled with the end result,” says author Charlie Hodge. A 40 year writing veteran and current Kelowna City Councillor Hodge said the book “morphed” from its original plan as a small coffee table book on fascinating Kootenay icon Selwyn Blaylock and his marvelous Mansion outside of Nelson. (Blaylock arrived in Nelson in 1920 to work for Consolidated Mining and Smelter and over the next 30 years turned the company into the world famous Tec Cominco).

Recent Blaylock’s Mansion owner Dan McGauley contracted Hodge to write the coffee table book, “however it soon became clear the book needed to be much more than that. In doing research we learned about a number of equally fascinating characters that owned the land prior to Blaylock and owned the Mansion after. All of them were amazing overachievers.”

Not to mention the place is haunted.

“When Danny said it was haunted I scoffed at him. That changed after my first visit,” Hodge chuckles in recollection.

“There was all kinds of stuff going on there, and I am sure there still is,” Hodge explains.

Another reason the book took so long was that Hodge himself flirted with death a few times.

“I had a couple of major surgeries including my jaw being replaced and they lost me once. I also had major CO2 poisoning and was in a coma for more than 50 hours. So that slowed things down for a while,” Hodge grins.

Lost Soles of Lakewood is Hodge’s third book. His first, a biography on Howie Meeker was a Canadian best seller.

Hodge still writes a weekly newspaper and online column titled HodgePodge which he has penned for more than 40 years now. 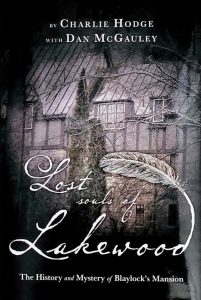 “I am hoping some readers will join me this Saturday outside of Mosaic Bookstore downtown for my book launch and signing. It should be a wonderful day.”