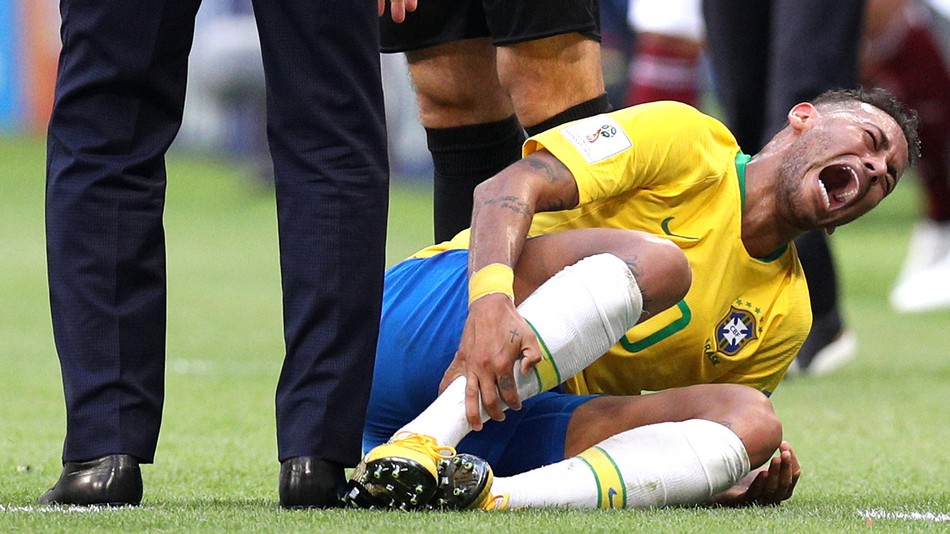 Soccer is the only sport in which a grown man can fall down like he has been shot following minimal contact. In some countries, the soccer dive is an art, a deceptive way to gain an advantage. Yet, in other soccer loving locales, the dive is the bane of fans, pundits, and players existence.

The soccer dive has become synonymous with the sport. Even the game’s top players such as Neymar, Cristiano Ronaldo, and Lionel Messi have been guilty of dives one time or another. Some dives and perpetrators stand out more than others. Here are the top 5 best actors for soccer dives.

Neymar has gained a reputation for being a diver, complainer, and all-around Primadonna. He is also the most expensive soccer player in the world having moved from Barcelona to Paris Saint-Germain in 2017 for a world-record €222 million.

At the 2018 World Cup, Neymar routinely embarrassed himself by diving. His worst came against Mexico in the last-16. Neymar tussled with Mexico’s Miguel Layun when the Mexican player accidentally stepped on Neymar’s leg, which sent the Brazilian into convulsions.

The following day, the world’s media reacted with venom toward Neymar and his antics. Social media also reacted criticizing Neymar for having immense talent but using poor acting skills to gain an advantage.

Sergio Busquets was at one time known as one of the game’s biggest “dirt bags” due to his play. Busquets has never been afraid to fall to the turf as if he had been hit by a Mac truck.

His most embarrassing dive came against Inter Milan in the 2009-10 Champions League. After Inter’s Thiago Motta grazed Busquets’ jaw with his hand, the Barcelona man fell down covering his face. Cameras caught Busquets looking to see if the referee had bought his poor acting. He did.

Marcus Rashford is just 21-years old, but he has already gained a reputation for embarrassing dives. A number of them have earned Manchester United penalties in games. His dive against Swansea City in the 2016-17 Premier League was another shambolic fall from the forward. He fell over without any contact, but still won his team a penalty.

Despite being the world’s best player, Cristiano Ronaldo has been guilty of the occasional dive. At the 2018 World Cup, Ronaldo went down like a sack of potatoes after a Moroccan defender breezed past him. The wind knocked over the off-balance Ronaldo, but luckily the match official wasn’t influenced to give a penalty. Ronaldo still argued the no-contact foul as if he had been sinned against.

Neymar is the only two-time winner in the top 5 best actor awards. The embarrassing Brazilian’s dramatic dive against Eibar in 2017 handed his Barcelona team a penalty; which was converted to give them the win over their tiny opponents. It was another ridiculous example of Neymar’s diving skills as Eibar’s Ander Capa never came close to touching the forward.