Home Get Off My Lawn! THESE THINGS MATTER 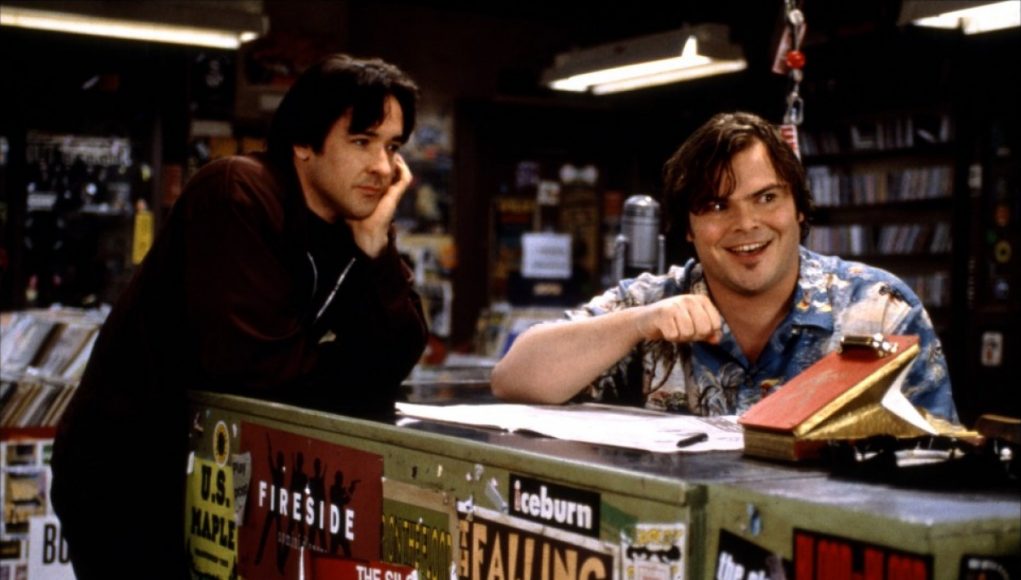 Judging people is something we all do on a daily basis, whether we’re aware of it or not. Co-workers, friends, family members are constantly evaluated- is this relationship working? Is it not? Why? In all relationships, we seek out common ground; the places in life where we agree and our energies start to merge. With somebody new, how does that process begin? Where do we start to discover that common ground?

Entertainment. That may seem superficial, but consider this… when you discuss the books, music, movies and TV shows that someone is into, they’re giving you a deeper look into what turns them on. They’re letting you see and feel their energy, just as you are doing for them. If you’ve ever sat with someone over a drink or in the corner at a party and argued the merits or a particular album or a movie that you happen to love, you’re probably nodding your head in agreement. Like John Cusack’s character says in High Fidelity, “these things matter… it’s the fucking truth.”

We all love doing those Facebook lists where we have to reply to a series of questions about the things we have or haven’t done- it’s a fun way to examine who we are. Writing a column is like a one-sided conversation, but let me get the balling rolling between us here by letting you know some of these things about me. First, the basics…

I’m 61 and have been married 3 times. My current wife and I have 6 children between us, and a dozen grandchildren. After being laid off from radio, I took a job as a cashier at McDonald’s to pay the bills.

MUSIC: My taste is broader than the albums I review for Gonzo might indicate. I love all the blues and roots discs that get sent to me by record reps and promoters, but I still love the classic 70’s rock and metal I grew up with. To tell the truth, I’m a musical slut and I enjoy a bit of everything. My favorite singer is Nat King Cole but my favorite band is Black Sabbath. I’ll listen to anything if it moves me, physically or emotionally.

BOOKS: I’ve been a Stephen King fan since I first read The Shining in 1977 and have read every word he’s written. I also like Dean Koontz, Mark Tufo and Patricia Cornwell. My reading obsession in recent years has been musician’s biographies- but who didn’t see that coming?

MOVIES: Well that depends on the mood I’m in, just like you. If I make it out to a theatre half a dozen times in a year, I’d be surprised. Here are some favorites by genre;

COMEDY: Tough to choose, but for the sake of argument I’ll go with “LA Story” with Steve Martin and Victoria Tennant. He’s an LA TV weatherman navigating the plastic LA lifestyle- there are romantic entanglements, irony, and Steve’s obtuse humor. I’ve watched it over 20 times.

TELEVISION: I enjoy sit-coms if they are well written, I have the entire “WKRP” and “Big Bang Theory” series’ on DVD. My wife & I enjoy “Wheel Of Fortune” and “Jeopardy” weeknights before I come down to the music room to write. I also like “Stranger Things”, “The Black List” and “Supernatural”. My daughter Sarah just got me into watching “Grimm”. She also introduced me to “Dirk Gently’s Holistic Detective Agency”, but that only lasted two seasons. OH- “Breaking Bad” and “The Sopranos” too.

RESTAURANTS: Where people like to eat says a lot about who they are. For special occasions my wife & I like a local Greek place called Spiro’s, or we’ll make the drive to Edmonton (2 hours away) for Red Lobster. For nights out when we don’t feel like fast food it’s usually Montana’s for ribs. For fast food it’s Popeye’s Chicken or Burger King. I’ve recently discovered Five Guys and it’s now my favorite burger but, sadly, there isn’t one in Lloydminster where we live.

I could on and on, and if we were sitting at my place enjoying coffee and some tunes, I probably would. There would be lots of “Oh yeah? Then you should check THIS out!” from both of us. The things that turn you on- books, music, TV, restaurants, what you like to do on vacation- are significant. Don’t let anyone dismiss them as frivolous or unimportant as they reveal our character and heart in ways that almost nothing else can. So, how about you? What lights you up? I’d love to know.

Now… get off my lawn.