THE TREWS
WITH GUESTS

HE TREWS PLOT OUT NATIONAL TOUR WITH STOPS IN VANCOUVER, EDMONTON, TORONTO, AND MORE 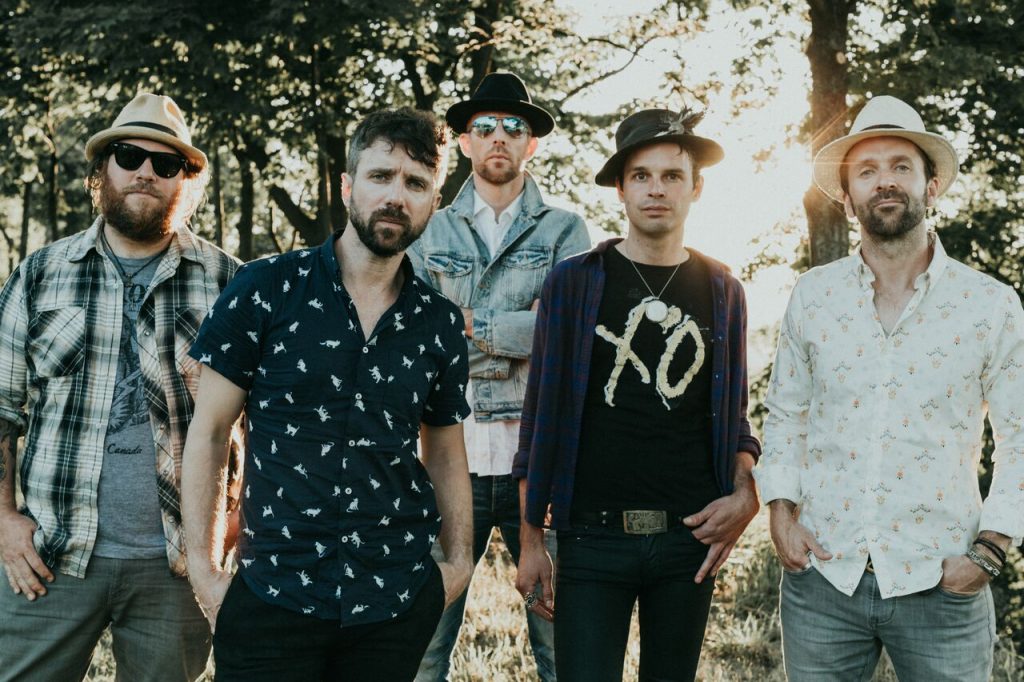 It was a fearless endeavor, and will no doubt be heralded as one of the best rock albums of the year.– Culture Collide

Last week, The Trews released their sixth full-length studio album Civilianaires and today they’re excited to announce they will be bringing these brand new songs out on the road at the top of 2019. The tour will take them across the country kicking off in Vancouver with stops through Edmonton, Calgary, Toronto and more, see below for full list of tour dates. Their New Year’s Eve show in Winnipeg will have tickets go on sale September 20, while the rest of the tour go on Sale September 21 – thetrewsmusic.com/live/ for more information.

Civilianaires is the band’s most fearless record yet with personal and political lyrics driven by a refreshing new sound. The Trews approached Civilianaires, their electrifying and wildly original follow-up to 2014’s The Trews, the way a contractor tackles a kitchen reno: tearing things down to the studs, then building out piece by new piece. “We’re almost in existential-crisis-mode if we don’t have new songs we’re excited about,” guitarist/songwriter John-Angus MacDonald says, “With us it’s always ‘What’s next?’ We’re most galvanized while we’re creating. And this new album is a completely fresh take on what we’ve done before.”

It features production credits from up and comer Derek Hoffman (The Elwins, Seaway) and the legendary Bob Rock. The band also worked alongside Max Kerman from Arkells, who co-wrote and co-produced their second single “Vintage Love”, along with a co-write with Serena Ryder on the title track.

With multiple radio hits drawn from six scorching studio albums plus several EPs, a pair of live records, and a retrospective, The Trews are among the most prolific, electrifying, and innovative rock bands. The Nova Scotia-bred, Hamilton /Toronto -based combo of singer/guitarist Colin MacDonald, guitarist John-Angus MacDonald, bassist Jack Syperek, and drummer Chris Gormley – songwriters all – has won universal acclaim for both their dazzling live performances and wildly accessible songs.