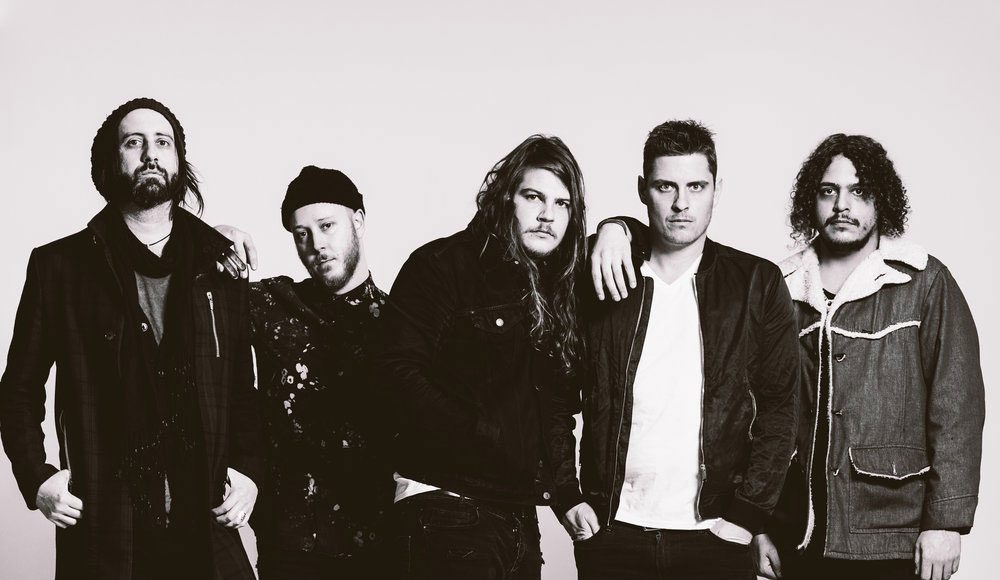 THE GLORIOUS SONS
WITH SPECIAL GUESTS THE BEACHES AT
PROSPERA PLACE NOVEMBER 5TH! 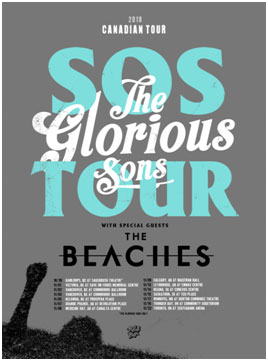 TGS are thrilled to announce The Beaches will be joining them as support on this 14-date, national tour. Fellow 2018 JUNO Award winners for “Breakthrough Group of the Year” and fresh off a slot opening for Foo Fighters in Toronto, The Beaches are also currently #1 on the Alternative Rock radio chart with their single “T-Shirt”.

Kicking off in Kamloops, BC on October 30, this run of dates includes a show at the Scotiabank Arena (formally the ACC) in Toronto amongst the list of impressive venues across the country, a major accomplishment for The Glorious Sons. See the itinerary below which also includes a U.S. national tour supporting Welshly Arms this Fall. Visit theglorioussons.com for tickets and information. Tickets go on sale to the public on Friday, July 20th at 10AM local time.

This announcement comes after an already extensive 2018 touring schedule throughout 12 different countries, across 10 different time zones and a fully sold-out Canadian tour last year. The Glorious Sons hit the festival circuit this summer, performing at Hang Out Music Festival (Gulf Shores, AL), Firefly Music Festival (Dover, DE), and the esteemed Reading & Leeds Festivals (U.K.). Most recently, the guys were handpicked by The Rolling Stones to open their show at the prestigious Orange Velodrome in Marseille in June.

“S.O.S. (Sawed Off Shotgun)” is the third radio single off the band’s sophomore album Young Beauties and Fools (October 2017). Lead singer Brett Emmons shares an “Open Letter” with fans – offering listeners context for the lyrics of this personal rock anthem. Brett expresses his fears, vulnerabilities and uncertainties in hopes of offering understanding and support to others who may have similar experiences. You can check it out here. The Glorious Sons also release a special performance of “S.O.S. (Sawed Off Shotgun)” from their memorable hometown show at the Rogers K-Rock Centre in Kingston, ON to give fans a taste of what they can expect to see on tour this Fall. Watch it here.

Since the release of Young Beauties and Fools, The Glorious Sons have celebrated a banner year with a number of major accomplishments including; winning their JUNO Award for “Rock Album of the Year”, taking home the “Group of the Year” Award at the 2018 Indies, their anthemic single “Everything is Alright” was certified GOLD in Canada and also landed them the band their first #1 in the alternative radio format. The band has now logged 9 consecutive top-6 rock radio singles in Canada.