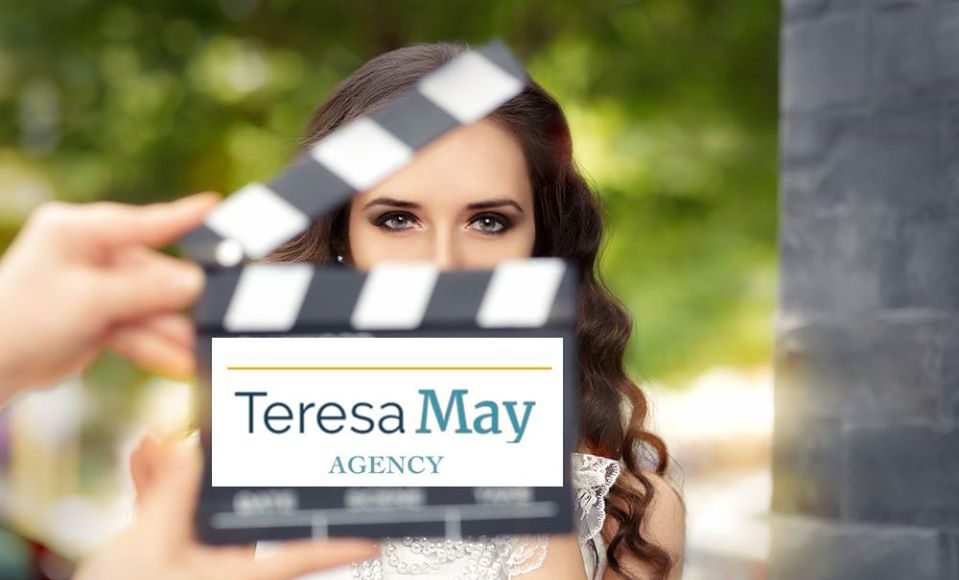 That’s become obviously clear over the past year since Kelowna’s Teresa May started up her own talent agency.

The aptly titled Teresa May Agency is in the business of recruiting actors, actresses, directors, screenwriters and the myriad of other positions that are part and parcel of the television and film industries.

It would be an understatement to suggest May’s talent agency has taken off as she has seen her stable of clients increase from dozens in the first couple of months since opening the business in February of 2019 to several hundred less than a year later.

Business has been so good that May has brought in a full-time partner in Shawna Whitney, who is an experienced business owner and has plenty of experience in recruiting talent and signing contracts.

They met on a film Whitney was producing back in 2019, became friends and then agreed to become business partners several months ago.

“Our business started off as a talent agency because there wasn’t one anywhere in or around Kelowna or anywhere in the Okanagan,” said May. “While our focus is on recruiting talent for television and movies, we now also have clients looking for music talent, modelling and even athletes come to us as well.

“We also have people interested in working as crew members on movies and television, some people have had scripts for movies. We’re trying to focus mainly on actors for TV and movies, but things have taken off and expanded into other areas very quickly. We’ve come across so many interests and so much talent here in the Okanagan.”

While based out of Kelowna, her agency has attracted clientele from as far south as Osoyoos all the way up to the North Okanagan.

“Since opening up, I’ve worked with talent from Los Angeles, Vancouver, Ontario, from as far away as Kentucky and Texas and one young girl from Perth, Australia recently signed up with me.”

The simple goal when May signs a client is to find them work – and as much work as possible.

“We do our best to find them work, that’s the main thing,” she said. “My main goal for our first year was to sign up maybe 10 actors with a solid reputation in the film industry and maybe another 100 background actors. But it grew so quickly because there was so much interest.

“We quickly grew to a list of more than 200 and just passed 300 … and things have taken off so much that I had to consider bringing in a partner after I realized I can’t do this all myself.”

She met Whitney through industry contacts and invited her to come on board several months ago and she couldn’t be happier with how this partnership has worked out, said May.

“She has experience as she owns her own production company and she has produced a film already, so she comes with all kinds of experience in the film industry,” she said. “She brought in experience and connections to complement the agency. We both know how to build relationships with people, which is a big part of my background before starting up my own agency.”

May and Whitney were on set last week when the new Kelowna-based television series Silk Road was shooting its pilot episode.

Virtually every member of the cast and crew that didn’t include the series’ producers and Vancouver-based staff were clients of May’s agency.

“At the last minute, when we were asked to find 25 background extras just for one scene in a moment’s notice, we have the ability to fill that role,” she said.

“There was another project we worked on where they needed 40 kids between ages 13 and 18 as quickly as possible and we got them all in and knocked it out of the ballpark within 24 hours,” she said.

The amount of artistic talent in and around Kelowna – and throughout the Okanagan – is staggering and the biggest reason her talent agency has taken off so quickly, she said.

“We have a lot of people who have worked in theatre, people who are moving here,” she said. “We have new clients moving here next week who worked with an agency in L.A. and they are coming to live and work in Kelowna.

“There are numerous clients who are living and working in Vancouver, but they want to move back here if they can get enough work. They need the opportunity to act and work here, so our job is to find them the work they need.”

Not every actor or actress can find work in television or film, so she will try and get them work on television commercials or even local theatre companies.

The core of her business will always be television and films, she said.

“I think we have a growing industry and the potential is there for it to keep growing,” she said.

Silk Road executive producer Alan MacFarlane has committed to not only shooting the entire television series in Kelowna, but also shooting three full-length feature films in the Okanagan’s largest city over the next couple of years, said May.

Because of their strong relationship, most of the cast and crew hired for those projects will be clients of her agency, she said.

“We already have the talent, now we’ve got to keep finding work for them … so relationships like what we have with Alan are so important,” she said.

Whitney said she’s thrilled to have joined May as a partner and she also believes the sky is the limit for making the talent agency succeed and grow.

“My fiancé and I own a couple of business in Alberta and since we moved to Kelowna and my area of expertise is contracts,” she said. “I know how businesses run and I know contracts, which is a big part of running a successful talent agency. We ensure all our contracts with our talent are solid. We’re both huge on work ethic … Teresa is one of the hardest-working people I’ve ever worked with, so we complement each other very well.”

“We’re already the largest talent agency in Kelowna, but we want to be the best.”