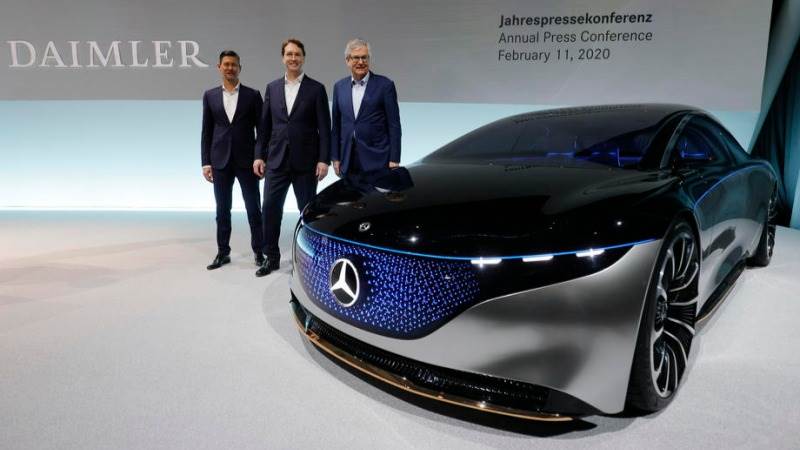 One recent survey from JD Power confidently shows that Tesla became the most valuable car company in the world. While the entire report is interesting, it generally speaks more about expectations rather than initial quality.

Rumors from Germany also show that big car manufacturers do not like reports like these and are desperately trying to rival the electric car company which is valued at more than $42 billion with a stock that has been surging over the past year.

As a result, last month we saw Mercedes and Nvidia announcing their official partnership which could massively help improve the German brand’s engagement in the electric vehicle segment and potentially allow Daimler to rival Tesla.

The Road To Overcoming Tesla

While Tesla seems like the perfect example of a supercharged electric car, the brand has some weak points, too. Some owners say that the paint has visible defects and not everything is designed with maximum quality in mind.

Other Tesla fanboys may mind this and talk against it. However, the reality is that we are far from the perfect electric car. Despite the awesome performance and amazing user experience that Tesla cars deliver, Mercedes and Nvidia know that there is room for more upgrades.

If we see what Apple did to Nokia and similar “popular brands” at the time, we can see that Mercedes and Nvidia may be the new pioneers of an electric future.

Mercedes Has The Finesse, Nvidia Excels At Autonomous Tech

Mercedes is known for “the star” and its models are a legacy of the quality, attention to detail and perfection the brand continuously aims for. With this, we believe that the design of the new electric cars is something that will definitely catch the eyes of the target audience.

On the other hand, Nvidia is known for creating great supercomputers and autonomous systems. They could customize everything and allow for future upgrades. The blend of their supercomputer abilities with a unique Mercedes character is definitely something that hints on a bright future in the electric segment.