The rise of esports: Overwatch League ready to change the future of esports

When home videogame systems exploded in sales during the 1980s and 1990s, few parents would have expected their children to make a living by playing them. But that is exactly what a number of professional gamers are doing today.

Esports, the name given to the genre of playing videogames competitively, will be worth more than $1 billion by 2020, according to CNN. It is an outstanding figure, considering the distance videogames have come in the last 35 years.

Reports estimate 2017 alone will see esports generate $696 million, and thanks to the money at stake, everyone is trying to get into gaming. Advertisers, billionaires and media groups are all attempting to figure out how to get a piece of the growing pie. An estimated 385 million people watch videogame tournaments, competitions and events, and that is the audience so many groups want to reach.

In December, the world’s largest esports league, the Overwatch league, will debut. Overwatch is a videogame that pits teams against one another, similar to a traditional sports competition. However, the teams won’t play on a court, field or patch of ice, rather they will play on large television screens with controllers in their hands.

The Overwatch League has been highly anticipated, but it isn’t just for the game and competitors that will play. The league has had some of the biggest names in sports and investing jump on board. New England Patriots owner Robert Kraft is one of the biggest names to buy-in. He, like the other owners, paid $20m to be a part of the league. But he isn’t the only big mover and shaker in the traditional sports world to join up. Los Angeles Rams owner Stan Kroenke, New York Mets owner Jeff Wilpon, and soccer and ice hockey entrepreneur Philip Anschutz have also bought into the league for the same price.

Compared to other esports leagues, Overwatch is attempting to bring traditional sports ideas into the videogame realm. For starters, the teams are all based in cities around the world. Teams aren’t just located in the United States, as the Overwatch League has franchises in Seoul, South Korea, Shanghai, China and London, England. The plan is for each team to have its own videogame arena, and teams will crisscross the globe to play home and away matches in the future. Until then, the franchises will battle it out in Los Angeles at the Overwatch League’s official home, Blizzard Arena.

Videogame giants Activision have banked $240m from selling franchise fees, according to Bloomberg. The league hopes to begin revenue sharing by 2021, which will allow owners to bask in the profits from the league. However, it was the decision to withhold revenue sharing for the next four years that prevented many would-be owners from buying in. There were some naysayers that believed the league would be unable to generate the kind of money that was projected.

If the Overwatch League is successful, it could pave the way for similarly fashioned esports leagues. If the estimates of money available and interest from fans isn’t as high as it has been made out to be, then esports could face a major setback. 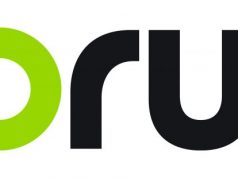