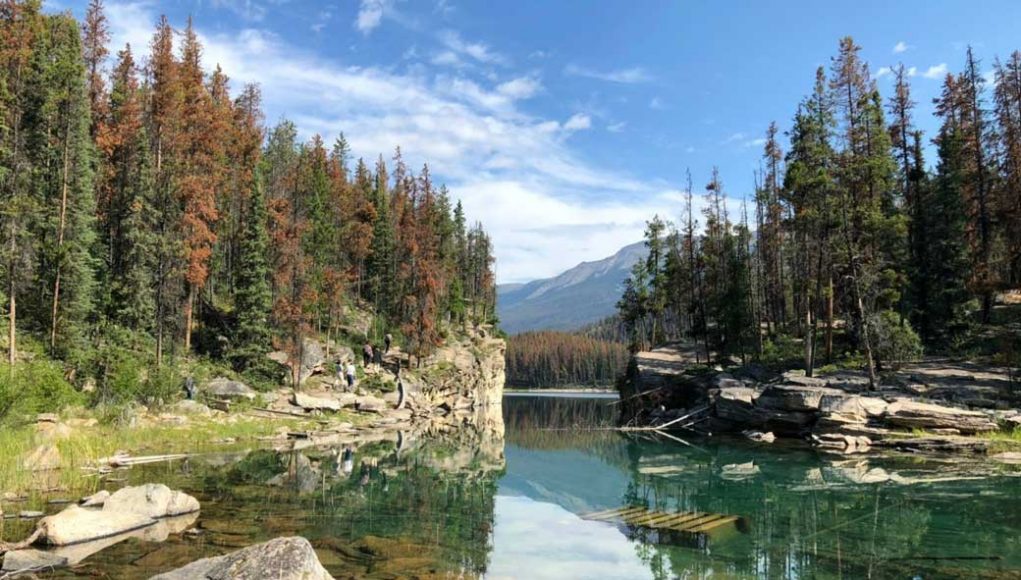 Although both might seem like relatively straightforward scientific tasks, they have been and continue to be significantly shaped by colonialism — globally and in Canada.

Consider one recent European-led, nature-based approach to climate change, part of an initiative to plant a billion trees. It included the Serengeti plains and Kruger National Park in Africa as potential reforestation areas. According to the Yale Journal of Forestry, “By not excluding conservation areas and traditional rangelands … these maps promote the idea that Africa’s natural heritage can be turned into industrial tree plantations to offset the rich world’s carbon emissions.”

Protected areas were established in Canada decades before Newfoundland and Labrador joined other provinces and territories to form the country we know today. Most are rooted in a colonial approach that defied Indigenous rights and fractured Indigenous Peoples’ relations with land.

“When Jasper Park Forest Reserve was created in 1907… Indigenous peoples were seen as obstacles to the enjoyment of nature.”

Jasper National Park’s website provides this overview: “When Jasper Park Forest Reserve was created in 1907… Indigenous peoples were seen as obstacles to the enjoyment of nature. According to wilderness conservation policies at the time, Indigenous peoples were considered incompatible with nature and so couldn’t live in, hunt, or harvest within park boundaries. First Nation and Métis peoples were physically removed from the landscape, blocked from accessing it and banned from harvesting plants and animals, holding gatherings and accessing cultural sites.”

This is not unique to Jasper. Indigenous people were also forcibly removed to create Vancouver’s Stanley Park and Quetico Park in Ontario, among others.

As Indigenous writer Robert Jago remarks in “National Parks Are Colonial Crime Scenes,” “Canada’s Parks Departments have treated Indigenous peoples like an infestation ever since the founding, in 1885, of what is now Banff National Park.”

How can we, who find solace and communion in parks, help overcome these past injustices?

Indigenous Peoples are already leading on many fronts, including championing land repatriation and Indigenous land governance, and by asserting rights and responsibilities that provincial and federal governments have long denied. These initiatives deserve broad public support.

As one example, in Jasper, Simpcw First Nation Chief Nathan Matthew announced in 2017 that his tribe was going to resume hunting deer, sheep and elk within the park, after being banned from doing so when the park was established. “We’re determined to exercise our title and right within our territory,” he said.

“…no lands are as spiritually significant as the national parks. They should be returned to us. Indians should tend — and protect and preserve — these favored gardens again.”

In “Return the National Parks to the Tribes,” Indigenous American David Treuer writes, “For Native Americans, there can be no better remedy for the theft of land than land. And for us, no lands are as spiritually significant as the national parks. They should be returned to us. Indians should tend — and protect and preserve — these favored gardens again.”

Canada too must explore new means of land governance. Indigenous Peoples have long histories of responsibly stewarding ecosystems, of living within them without causing their demise. Many national and provincial parks are not succeeding in their primary objective to maintain biodiversity. Jasper recently announced extirpation of a resident caribou herd, and conflict continues over management decisions that could affect the two remaining, highly imperilled, herds.

According to Treuer, “it’s not clear that today’s model of care and custodianship best meets the needs of the land, Native people, or the general public. Nor is it clear that the current system will adequately ensure the parks’ future. That’s something Indians are good at: pushing ahead while bringing the past along with us.… Placing these lands under collective Native control would be good not just for Natives, but for the parks as well.”

It’s our collective responsibility to engage in conversations about how new systems of land governance could look. Everything should be on the table, including ownership and governance of current protected areas. As Jago notes, “The places Canada has made into parks are filled with our stories — every mountain, every valley has a name and a history for Indigenous peoples.”