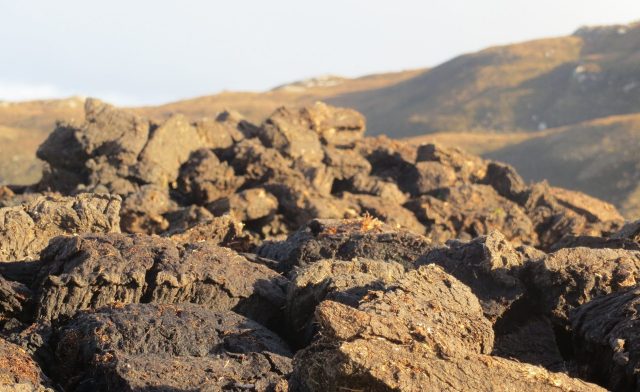 Science Matters – For climate’s sake,
save the peat!

Burning coal, oil and gas is causing the world to heat at an unnaturally rapid rate. Destroying forests, wetlands, grasslands and marine ecosystems, which act as “carbon sinks,” drives the fever higher.

Peatland conversion for agriculture is thought to have fuelled some global warming even before the current era of prolific and wasteful fossil fuel burning.

Researchers from France’s Laboratory of Climate and Environmental Sciences and other institutions recently found that converting northern peatlands to croplands could have added 72 billion tonnes of carbon (250 billion tonnes when combined with oxygen to form carbon dioxide) to the atmosphere between the years 850 and 2010 — 45 per cent of it before 1750. That surpassed by more than double the amount of carbon sequestered by high-latitude undisturbed peatlands.

The study illustrates the value of protecting and restoring natural areas. As researcher Chunjing Qiu said in the Washington Post, peatlands make up just three per cent of global land surface but store about 30 per cent of soil carbon. Recognizing their importance, the Global Peatlands Initiative was formed at the 2016 climate conference in Marrakech, Morocco.

Peat forms in much the same way as coal, but in bogs — a type of wetland with high acid content that keeps dead vegetation from fully decaying. As with other fossil fuels, organic matter and the carbon it has absorbed are compressed over millions of years, condensing the solar energy obtained through photosynthesis. Because of their stored energy, dried peat bricks have long been burned for fuel, mostly for heating.

Burning peat, for fuel or through peatland fires, emits carbon and other greenhouse gases directly into the air, along with particulate matter and other pollutants.

Draining peatlands for agriculture and other development causes the plant matter to decompose, its released carbon mixing with oxygen to form CO2, which goes into the atmosphere. On top of these emissions and sequestration loss from converting peatlands to croplands, peatland fires may have caused five per cent of human-caused carbon emissions to date. They can scorch large areas and are difficult to control because much of the burning is underground. Burning peat, for fuel or through peatland fires, emits carbon and other greenhouse gases directly into the air, along with particulate matter and other pollutants.

Peat is also used as a growing medium for gardening, although not a good one. As a Guardian article says, “It contains little to no nutrients and growing in peat-based mixes ties the grower to constantly applying fertilisers to keep plants healthy.” Because it’s lightweight and inexpensive to transport, it became popular.

It’s also used to make Scotch, its smoke infusing barley to give the whisky its distinctive peaty flavour. Although Scotch producers use a comparatively small amount of peat, they’ve joined efforts to conserve and restore peatlands and to use peat more efficiently.

As with so many ecosystems that keep the planet healthy and habitable for humans — forests, wetlands, grasslands, oceans — peatlands have long been under attack by humans who have failed to comprehend their importance. They’ve been seen as “resources” to be dug up for fuel or gardening, or as wastelands that can be drained and built over.

“Though peatlands indeed are carbon sinks in their pristine state, they should also be seen as carbon bombs, which explode whenever they are damaged. Keep them wet!”

We have to start caring for these essential ecosystems. “Though peatlands indeed are carbon sinks in their pristine state, they should also be seen as carbon bombs, which explode whenever they are damaged. Keep them wet!” University of Greifswald, Germany, peat researcher Hans Joosten told the Washington Post.

Like peatlands, forests can also go from carbon sink to source. Trees release carbon when they burn or die and decompose. Although many people tout the ability of forests in Canada to sequester carbon, researchers say they’ve been releasing more than they’ve been absorbing for the past 20 years, thanks mainly to climate-related insect infestations and wildfires.

As the peat study’s researchers admit, there’s much to learn about the relationship between peat and climate, as there is with most natural systems and processes. But the more we learn, the more we come to the inescapable conclusion that everything is interconnected, that even seemingly minor changes to ecosystems can have wide-ranging consequences.

We don’t need to burn peat for fuel. We don’t need it for our gardens. We do need to recognize that peatlands are too valuable to be converted for agriculture or urban development. We must respect, protect and restore the interconnected natural ecosystems that keep us and other species healthy and alive.