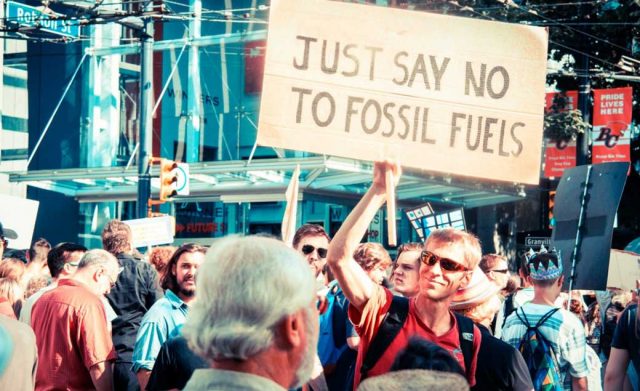 Oil giant ExxonMobil’s leaders have a long history of doing everything to keep the world from addressing climate change. They’ve buried company research showing the link between burning fossil fuels and a dangerously heating planet. They’ve sowed distrust and spread misinformation. They’ve lobbied politicians, set up and joined fake grassroots organizations, funded deniers and commissioned dubious reports, all to downplay or deny the risks to the climate — and humanity — of using their company’s products.

Exxon’s not the only company to have behaved in such an incomprehensibly destructive manner, putting short-term profits over the long-term health of natural systems that make human and other life possible. But it’s one of the largest.

Now there’s a sign that even oil companies and their shareholders are facing the reality of an overheating planet. This spring, Engine No. 1 — a small “activist investment firm” with a tiny stake in Exxon — managed to get three of its four nominees elected to the company’s 12-person board, despite efforts to defeat them.

“What the Board needs are directors with experience in successful and profitable energy industry transformations who can help turn aspirations of addressing the risks of climate change into a long-term business plan, not talking points,” an Engine No. 1 statement said.

The new board members, two with oil industry backgrounds, are expected to champion the need for Exxon to diversify its investments as the world moves on from fossil fuels.

Exxon isn’t the only oil giant getting a wake-up call. Shareholders recently went against Chevron’s board, voting 61 per cent in favour of a proposal from Dutch advocacy group Follow This to force that company to cut carbon emissions from use of its products.

And a Dutch court ruled in favour of a lawsuit by seven groups including Greenpeace and Friends of the Earth Netherlands to get Shell to significantly deepen its planned greenhouse gas emission cuts.

And a Dutch court ruled in favour of a lawsuit by seven groups including Greenpeace and Friends of the Earth Netherlands to get Shell to significantly deepen its planned greenhouse gas emission cuts.

With a growing divestment movement steering money away from coal, oil and gas, and a recent report by the normally conservative International Energy Agency saying there’s no place in a rapidly heating world for new fossil fuel development, these events signal the tide is turning.

We’ve had more than four decades with enough scientific certainty about climate science to know we should have been doing more about it.

It’s taken an unrelenting catastrophe to make the industry (and governments and society) reluctantly start to face reality. This is tragic. We’d be much further along in the necessary energy transition, with far less economic and societal disruption, had companies like Exxon not worked so tirelessly to downplay and deny climate change risks and block progress. We’ve had more than four decades with enough scientific certainty about climate science to know we should have been doing more about it.

It’s not for a lack of solutions that we continue to waste valuable resources, burning in minutes concentrated energy stores that took millions of years to form. It’s lack of awareness and political will, fuelled by a multi-million-dollar industry campaign to confuse. But awareness is growing, which pushes political action.

Recent events surrounding the oil industry show the importance of getting involved. The perseverance and commitment of people who care have spurred industry, governments and society to finally start waking up to reality.

The message, as 350.org founder Bill McKibben says, is that we can’t negotiate with physics and chemistry. Adding massive amounts of greenhouse gases like carbon dioxide and methane to the atmosphere by burning coal, oil and gas, and destroying the natural systems that absorb and store carbon, like wetlands, grasslands and forests, puts the health and survival of humans and other life at great risk.

The fossil fuel era is ending. It’s time to find ways to shift fairly and equitably to better ways of living and powering our societies.