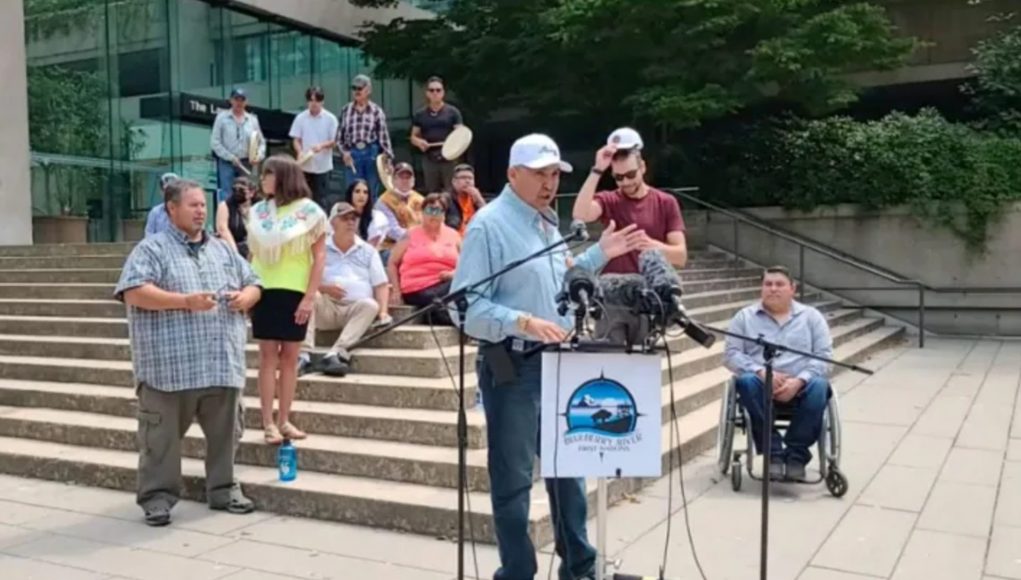 Two of those are for government to “fully adopt and implement the United Nations Declaration on the Rights of Indigenous Peoples as the framework for reconciliation” and to “renew or establish Treaty relationships based on principles of mutual recognition, mutual respect, and shared responsibility for maintaining those relationships into the future.”

That would be transformational. How will governments renew or establish treaty relations when provinces have long been ignoring and breaking treaty promises? How can a declaration be implemented that includes Indigenous Peoples’ rights to free, prior and informed consent when provincial decision-making excludes them, relying instead on consultation?

The Nations spent more than a decade expressing concerns about cumulative impacts to the Oil and Gas Commission, forestry companies and the province.

The Blueberry River First Nations court ruling provides some answers. Resource extraction and agricultural activity have heavily disturbed Treaty 8 territory in the Peace River Valley in northeastern B.C., severely affecting Blueberry’s way of life and ability to hunt. The Nations spent more than a decade expressing concerns about cumulative impacts to the Oil and Gas Commission, forestry companies and the province. After being bounced between departments or disregarded, they took the province to court in 2018, arguing their treaty rights were breached.

The late-June B.C. Supreme Court ruling said the province failed to uphold its treaty promises and outlines a bold new framework for decision-making around resource extraction.

Justice Emily Burke said the Crown promised First Nations under Treaty 8, as with most numbered treaties, “that there would be no forced interference with their mode of life. They would be as free to hunt and fish after the Treaty, as they would be if they never entered into it.”

The B.C. government argued, among other things, that Blueberry members could still travel in their territory to hunt, even if not for their preferred species (caribou are threatened with extinction, and moose populations are declining), and thus their treaty rights were not infringed.

Justice Burke disagreed. “Blueberry needs places to exercise its rights and an opportunity to harvest healthy wildlife. These conditions are not being met in this landscape where, according to 2018 data, over 90% of the Blueberry Claim Area is within 500 metres of a disturbance.”

She added, “The wildlife are not as healthy or abundant,” noting Blueberry people “do not have peaceful enjoyment on their traplines or in their hunting areas, as they smell the sour gas and hear the drones of oil and gas infrastructure. They do not feel safe or welcome in their territory.”

“The evidence shows that the Province has not only been remiss in addressing cumulative effects and the impacts of development on treaty rights, but that it has been actively encouraging the aggressive development of the Blueberry Claim Area through specific royalty programs (including for marginal wells) and Jobs Plan policies.”

Justice Burke also found that, despite B.C.’s claims, it failed to plan for cumulative effects: “the evidence shows that the Province has not only been remiss in addressing cumulative effects and the impacts of development on treaty rights, but that it has been actively encouraging the aggressive development of the Blueberry Claim Area through specific royalty programs (including for marginal wells) and Jobs Plan policies.”

She wrote, “Delay in dealing with these matters and the continuation of the status quo has benefitted the Province,” but the “tipping point” has been reached and change is needed. Blueberry didn’t seek financial remedy but, rather, changes to planning and approvals processes. Justice Burke ruled, “The Province may not continue to authorize activities that breach the promises included in the Treaty, including the Province’s honourable and fiduciary obligations associated with the Treaty, or that unjustifiably infringe Blueberry’s exercise of its treaty rights.”

This historic ruling will put Blueberry River First Nations at decision-making tables around industrial extraction and development approvals. It also marks a groundbreaking step toward shaping the future of treaty relations — as long as the province maintains its commitment to reconciliation by not appealing, which would add further delays.

Other provinces should take note, as the context is similar from coast to coast.

The ruling offers renewed hope for Blueberry members, who have watched in sorrow as their land was degraded year after year, and for allies frustrated by provincial adherence to the status quo and limitless resource-extraction approvals that have thrown roadblocks on reconciliation pathways.

Many First Nations have tried to seek justice through the courts. Few have won. This ruling creates a path to repair both treaty relationships and the land.