Home David Suzuki Science Matters by David Suziki: Is smaller better when it comes to... 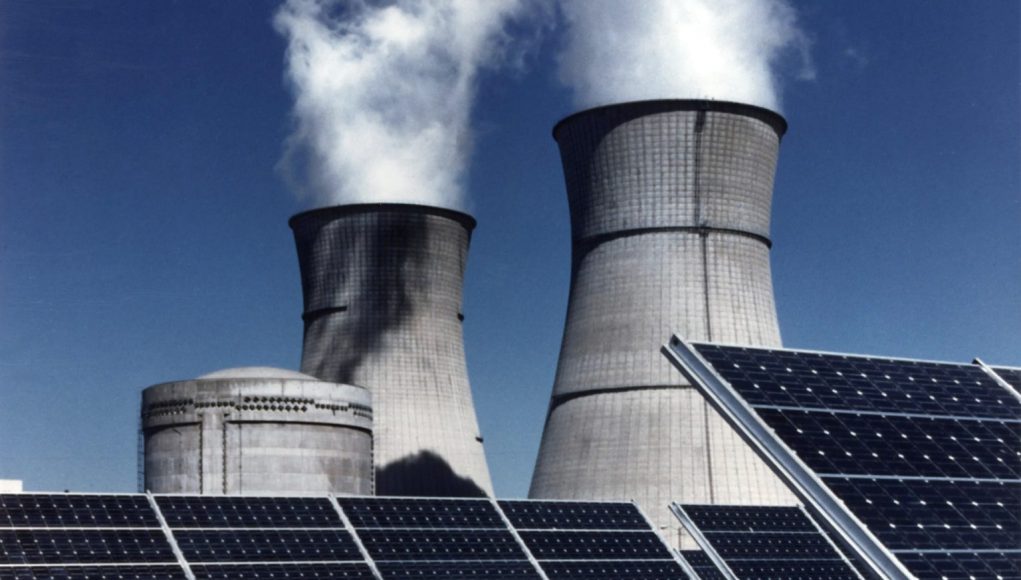 Is smaller better when it comes to nuclear?

Nuclear power hasn’t been in the news much since the 2011 Fukushima meltdown in Japan. Thanks to a push by industry and governments, you might soon hear more about how nuclear reactors are now safer and better.

Specifically, the conversation has shifted to “small modular nuclear reactors” or SMNRs, which generate less than 300 megawatts of electricity, compared to up to 1,600 MWe for large reactors.

Some of the 100 or so designs being considered include integral pressurized water reactors, molten salt reactors, high-temperature gas reactors, liquid metal cooled reactors and solid state or heat pipe reactors. To date, the industry is stuck at the prototype stage for all models and none is truly modular in the sense of being manufactured several at a time — an impediment considering the speed at which global heating is worsening.

The benefits touted by industry have convinced many countries, including Canada, to gamble huge sums on nuclear, despite the poor odds. The Small Modular Reactor Action Plan hypes it as the possible “future of Canada’s nuclear industry, with the potential to provide non-emitting energy for a wide range of applications, from grid-scale electricity generation to use in heavy industry and remote communities.”

We must rapidly reduce emissions now, and we have readily available technologies to do so.

Canada would reap economic benefits from an expanded nuclear industry. We have the largest deposits of high-grade uranium and a long history of nuclear power development and export. But uranium mining creates problems: impacts on Indigenous communities, workers exposed to radiation, radioactive contamination of lakes, habitat destruction and more.

The World Nuclear Association says small reactors’ modular construction means they can be built faster and for less money than conventional nuclear, and several modules can be combined to create larger facilities. They’re seen as a cleaner replacement for diesel or gas power in remote oil and gas operations and isolated communities.

The association says they’re “designed for a high level of passive or inherent safety in the event of malfunction” and that “many are designed to be emplaced below ground level, giving a high resistance to terrorist threats.” They can also produce steam for industrial applications and district heating systems, and used to make value-added products such as hydrogen fuel and desalinated drinking water.

But, given the seriousness of the climate emergency and the various options for transforming our energy systems to combat it, is nuclear — regardless of size or shape — the way to go? We must rapidly reduce emissions now, and we have readily available technologies to do so.

New nuclear doesn’t make practical or economic sense for now. Building reactors will remain expensive and time-consuming. Studies estimate electricity from small nuclear can cost from four to 10 times that of wind and solar, whose costs continue to drop. SMNRs will require substantial government subsidies.

Even when nuclear has to compete against renewables prepackaged with storage, the latter wins out.

Renewables cost less than nuclear, come with fewer health, environmental and weapons-proliferation risks and have been successfully deployed worldwide.

One recent study of 123 countries over 25 years published in Nature Energy found that renewables are much better at reducing greenhouse gas emissions than nuclear — whose benefits in this area are negligible — and that combining nuclear and renewables creates a systemic tension that makes it harder to develop renewables to their potential.

Even for remote populations, energy systems that empower communities, households, businesses and organizations to generate and store their own energy with solar panels or wind installations and batteries, for example, and technologies like heat-exchange systems for buildings, would be better than nuclear.

Renewables cost less than nuclear, come with fewer health, environmental and weapons-proliferation risks and have been successfully deployed worldwide. Given rapid advances in energy, grid and storage technologies, along with the absolute urgency of the climate crisis, pursuing nuclear at the expense of renewables is costly, dangerous and unnecessary.