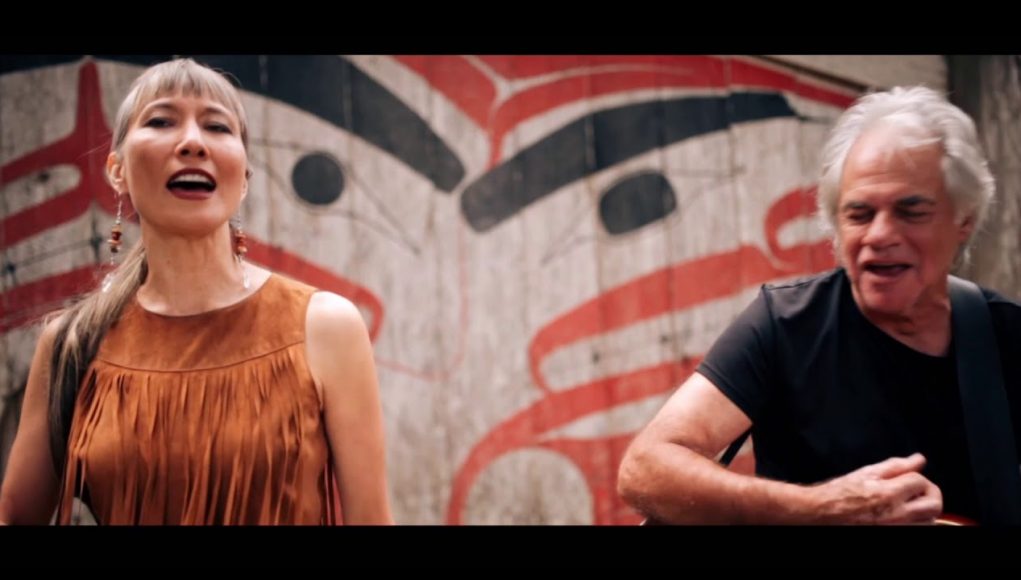 George Ryga would be very proud.

Ryga, a renowned playwright and arts lover from Summerland, passed away back in 1987, but his legacy lives on as the inspiration behind the Ryga Arts Festival, which kicks off this Saturday, Aug. 24 and continues until Sept. 1.

This year marks the fourth annual Ryga Arts Festival and the 2019 event promises to be bigger and better than ever, said artistic director Heather Davies.

Once again, the Ryga Arts Festival will combine various art forms into seven days of creativity and fun, said Davies.

“We have different events every day,” she said. “The arts areas we offer include music, theatre, spoken word, author readings and creative workshops.

“We are what is called a blended arts festival. We have sustained, professional artists, but we also showcase local amateur talent as well.”

As artistic director, Davies is responsible for selecting the various artists who will perform during the festival – a job that she takes very seriously.

“I do the programming,” she said. “I have an awful lot of conversations with people in the local arts community before coming to decisions about the programming each year, so this year we’ve got events covering a very wide range.”

Returning this year is the popular spoken word event called Unspoken, as will the Theatre Trail event, which highlights local playwrights and actors from Summerland, which returns for a third consecutive year.

“The trail events take places in downtown spaces that are not traditional theatre spaces … like pop-up venues, which people really seem to enjoy,” she said.

One of this year’s highlights promises to be a special concert on Saturday, Aug. 31 at Centre Stage Theatre featuring iconic Haida artists, performer and activist Terri-Lynn Williams-Davidson, who will be joined by Bill Henderson and Claire Lawrence, founders of the legendary Canadian rock band Chilliwack, as well as Juno Award nominee bass player Jodi Proznick and talented vocalists Saffron Henderson and Camille Henderson, said Davies.

Musical artists and activists will come together in the spirit of improvisation that exists in both the Haida culture and jazz and songs will be performed in Haida and English.

Tickets for this show are $30 and promise to go fast, said Davies.
The festival has grown from a humble beginning only three years ago to a “can’t miss” event for many arts and music lovers not only in Summerland, but across the entire Okanagan Valley and other regions of B.C., said Davies.

“I would say the festival is growing in a healthy way,”’ she said. “Our first year, back in 2016, was completely organized by volunteers. I joined in 2017 as the artistic director … and the festival continues to grow. Our audiences continue to grow. I would describe it as healthy growth each year for the past three years and it’s going to continue to grow.

“The community is really supportive and is helping it grow. We’re growing with the community.”

While the inaugural festival attracted almost exclusively Summerland residents and a few from Penticton, that has changed dramatically as word has spread quickly about the quality of programming, said Davies.

“We’re getting people from down to Osoyoos and up to Vernon, with some people coming in from Princeton,” she said. “We’re extending our reach to all four edges of the Okanagan and beyond and we’re really thrilled about that.

“We hope to continue to cultivate excitement across the interior of B.C.”

“George lived in Summerland for more than 25 years, from the mid-1960s until 1987, when he passed away, and he was what I still call a towering influence on Canadian culture,” she said. “He was a successful playwright, novelist, wrote for film and television, he was a great music lover, while also being a champion for social justice,” said Davies. “His work was and remains highly respected nationally and internationally.”

Nine of the 19 scheduled events for the 2019 festival will feature “by donation” format for spectators, while the other 10 will feature ticket sales that range in price from $10 to $30.

If you purchase tickets to four separate events, you will receive a 10 per cent discount, she said.

It takes a lot of hard work and time to organize a festival that continues to grow, but it’s all worth it when large audiences gather to observe great art, said Davies.

“I’m so looking forward to getting started,” she said. “We talk about these things for an incredibly long time and the planning process takes a long, long time, so it’s thrilling when people begin to arrive … our first artist just arrived the other day.

“When the audiences gather and the performers hit the stage, it’s just a very exciting time.”

In only three short years, Davies is thrilled at how far Ryga Arts Festival has come and is confident this year’s festival will surpass all expectations.

“I would say it’s becoming a pre-eminent arts festival in this region,” she said. “It’s a feast of creativity, there’s so much to enjoy and something for everyone, so come along and enjoy the feast.”

Featured photo: From the song “My Mind Is Relieved” from Terri-Lynn Williams-Davidson, Bill Henderson and Claire Lawrence. https://youtu.be/s8uejcslMkw