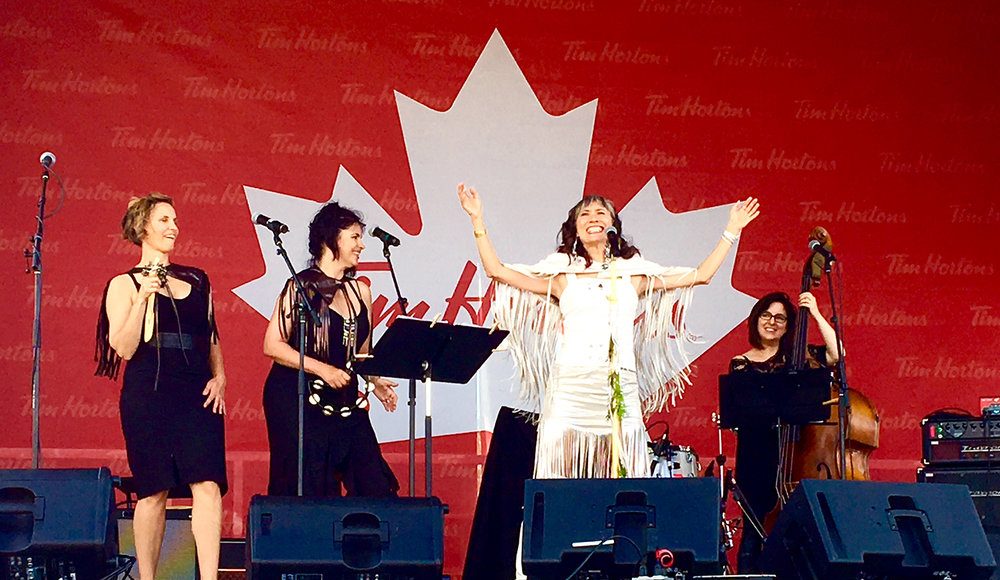 The most anticipated event at this year’s Ryga Arts Festival is the finale concert featuring an extraordinary performance artist, singer, dancer, story-teller, and shape-shifter…

To call Terri-Lynn Williams-Davidson multi-faceted would be an understatement. She is, in the words of famed anthropologist Wade Davis, an “artist, activist, award-winning musician and formidable lawyer… She has represented the Haida Nation in the highest courts of Canada, in litigation to protect forests and fisheries, and in one landmark case… to assert aboriginal title to all the islands of Haida Gwaii.”

Her activism manifests itself in her music, for which she has won several Canadian Aboriginal Music Awards, including one in 2008 for being A Keeper of Traditions.

Her most recent recording is called Grizzly Bear Town, written and performed in collaboration with Bill Henderson and Claire Lawrence, two original members of the iconic BC bands, The Collectors and Chilliwack. 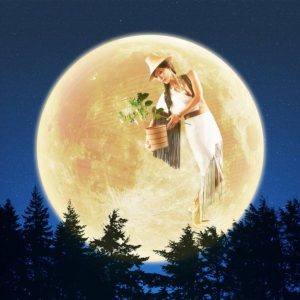 Their music is about place, spirit, culture and laws, enwrapped in stunning guitar, sax and flute, and expressed in the Haida language.

For Terri-Lynn, the album is a return to her ancestral origins.

“Grizzly Bear Town is another name for my ancestral village of Skedans, the village of my maternal great-grandmother, Susan Williams,” she says.

The songs illustrate many aspects of Haida culture, including supernatural beings such as Cedar Sister, Landslide Lady, and Canoe Song.

“T’iis Kwaanaaya (Many Ledges) is the supernatural being of the rock cliff behind Skedans,” she says.

“It was once a powerful supernatural killer whale before it became the rock cliff. In this song, Many Ledges is a metaphor for the many ascents and falls in our journey towards enlightenment.”

Bill Henderson – singer, songwriter, guitarist – adds, “Working with Terri-Lynn is an opportunity to do something in the realm of reconciliation. To just start working together creatively is a start.”

Evolving out of this fusion of Haida song and improvised jazz springs “Interwoven”, created for the Ryga Arts Festival. For the performance, the trio has doubled in size to include bassist Jody Proznick, one of Canada’s finest jazz artists, and vocalists Camille and Saffron Henderson, Bill’s daughters who bring decades of musical and acting experience to Summerland. 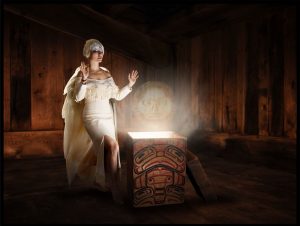 Fittingly, because Summerland is the place where Bill Henderson and Claire Lawrence worked with George Ryga on Grass and Wild Strawberries which became a recording hit for The Collectors and a record-breaking show at the Vancouver Playhouse.

Summerland is where George Ryga wrote his shattering drama, The Ecstasy of Rita Joe, about the murder of a young Indigenous woman. Called by critics the most influential Canadian play, it opened the National Arts Centre in Ottawa…fifty years ago. Past and present, Haida melodies and jazz – all interwoven.

If you want to get a taste of this unique performance, visit Terri-Lynn’s website: www.ravencallingproductions.ca, and while there take a peek at her extraordinary book of stories and photography, Out of Concealment: Female Supernatural Beings of Haida Gwaii. (Heritage House, 2017). You will find out what a shape-shifter does.

Then hurry to the Ryga Arts Festival website: www.rygafest.ca to book your tickets for the show.

Listen to the new album “Grizzly Bear Town” on Spotify!