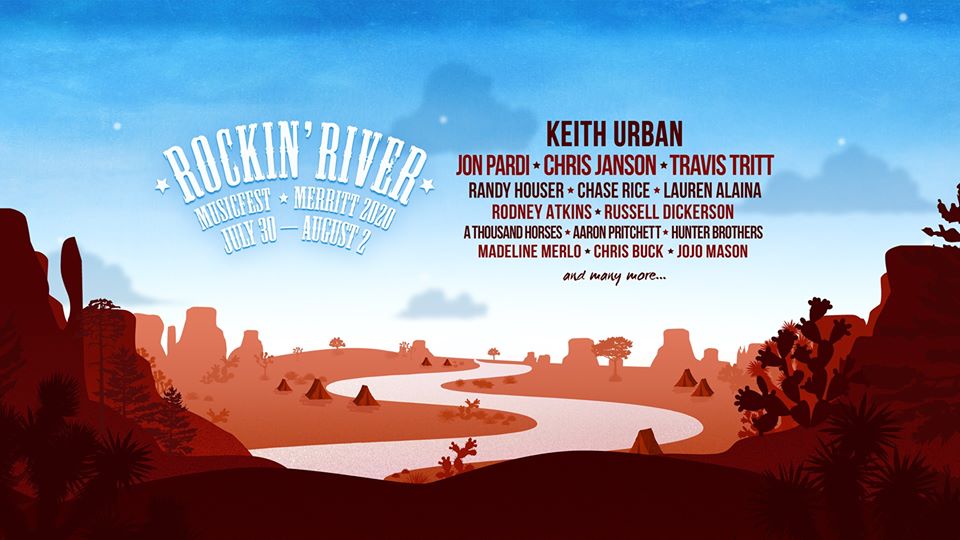 Rockin’ River Music Fest is excited to release its highly anticipated 2020 artist lineup. The 2020 edition of the annual music festival, taking place along Coldwater River in Merritt, BC from July 30 to August 2, will once again feature an impressive list of distinguished country music alumni.

2020 will see over 30 acts performing across multiple stages as well as the return the Entertainment District located in the Chattahoochee campground featuring added music, breakfast options, and late-night entertainment. 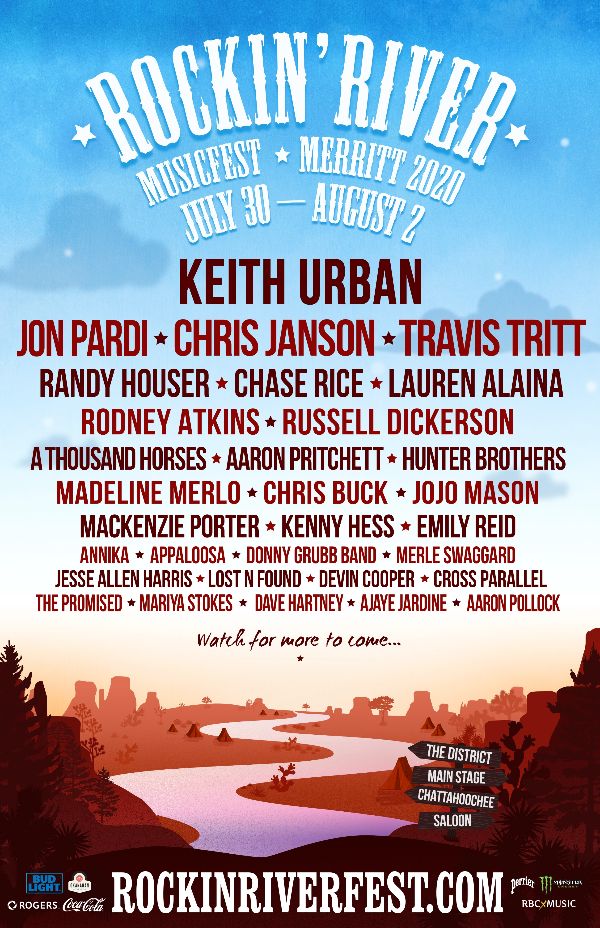 Known for its unique location in the Country Music Capital of Canada, Merritt BC, Rockin’ River is a festival lover’s dream destination. With the Coldwater River running through the centre of the site, the festival is easily accessible from across British Columbia and Alberta and provides a country camping and festival experience second to none. In addition to the spectacular backdrop, the festival features an incredible lineup of artists, stunning camping sites along the river, and more. Fans have a variety of pass, parking, and camping options to choose from and are encouraged to follow the festival’s social media pages for exclusive announcements.

Camping and festival passes will go on sale at 10am on Friday, November 29 at www.rockinriverfest.com/tickets.