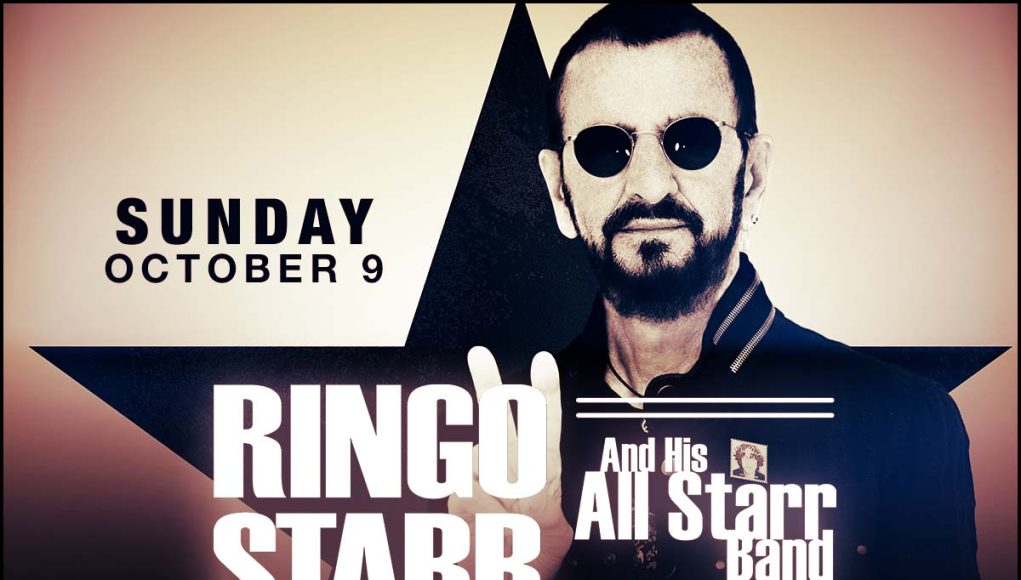 Spectra Venue Management and Invictus Entertainment Group are excited to announce that Ringo Starr and His All Starr Band  will be coming to the South Okanagan Events Centre (SOEC) in Penticton, BC on Sunday, October 9, 2022.
SUNDAY, OCTOBER 9, 2022
SOUTH OKANAGAN EVENTS CENTRE | PENTICTON, BC
Tickets on sale Tuesday, April 12 @ 10:00AM PST
Tickets available in person at the Valley First Box Office
(at the SOEC)
Order online at www.ValleyFirstTix.com
This is the second leg of tour dates initially planned for 2020. As previously announced, Starr will commence the first leg of shows this Spring on May 27 in Canada at Casino Rama concluding on June 26 in Clearwater Florida. The tour will resume in the Fall on September 23 in Bridgeport, Connecticut and end on October 20 in Mexico City.
Ringo affirmed “It is so great to finally announce all these shows we had planned for 2020, and I am really looking forward to playing them!” He continued, “How great to start at Casino Rama, where we’ve begun 5 All Starr tours, and then to go back to the Beacon, and to the Greek, which was the last show we played in 2019 on our 30th Anniversary tour. I can’t wait to see all our fans and until then I’m sending everyone peace and love and see you soon!”
During these two years Starr has kept very busy and released two EPs, Zoom In and Change The World, as well as two books including the limited-edition retrospective hardcover book titled “RINGO ROCKS: 30 YEARS OF THE ALL STARRS 1989-2019,” and the newly announced limited-edition retrospective “LIFTED: FAB IMAGES AND MEMORIES OF MY LIFE WITH THE BEATLES FROM ACROSS THE UNIVERSE,” both are published by Julien’s Auctions, the world record-breaking auction house to the stars.