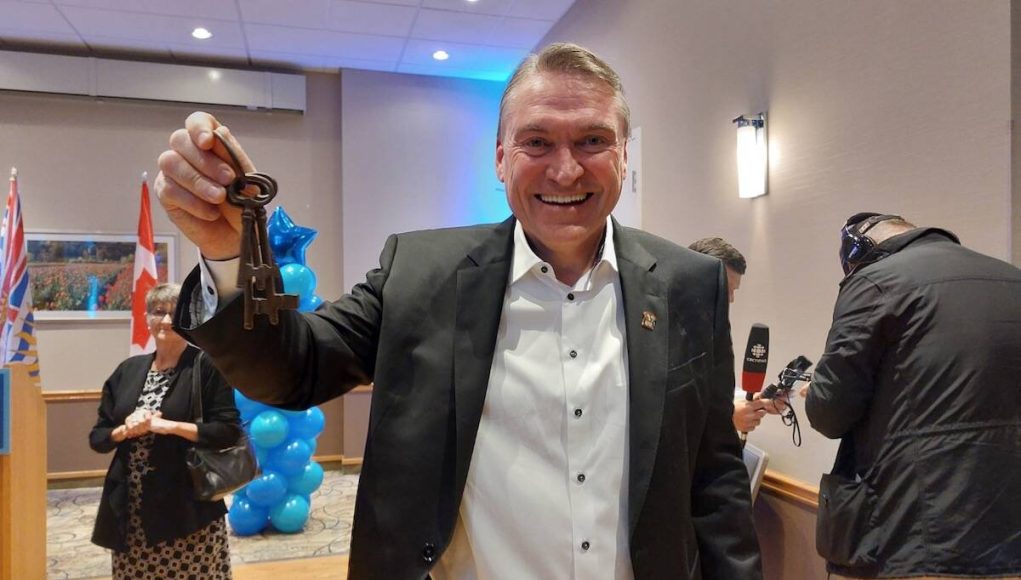 Constant change is here to stay.

Be careful what you wish for you may just get it

Your memory lasts a lunch-hour…

A plethora of age old, overused, all-star adages spins through my head today (Tuesday) as a I reflect on the results of Saturday’s municipal election. Certainly, it was a day of significant change – not just in Kelowna but throughout the Valley and across the province.

Like thousands of others, I spent Saturday evening hunched around the computer waiting (painfully) for results to dribble in from various voting polls. I was joined in my humble home by wife Tez and a dozen dear friends who were my campaign helpers. It was a wonderful night of fellowship however I admit much of it was a personal blur as I gnashed my teeth in anxiety and stress waiting for the numbers. While my friends bubbled with positive thoughts and comments about how I was going to be re-elected I kept wishing they would stop because of my paranoid superstitions. (I can only relax when whatever the event is over – and I am still in a positive position).

My fears were affirmed when the first partial polls dribbled in and I was in tenth spot. Thankfully that scenario did not last long.

The second poll had me third and bouncing about. By the fourth poll I was sitting in seventh spot where I stayed the rest of the night. With eight spots open on Council my stress and concern remained full alert until the end, despite a healthy difference between seventh and ninth. My Dad, a veteran politician himself, always said to never count my chickens before they hatched – and I was tiptoeing on eggshells.

Admittedly I was largely self absorbed with my own fate most of the evening, so it wasn’t until near the end when it dawned on me the amount of change that was happening with others. My 11,238 votes left me 123 votes ahead of fellow incumbent Maxine DeHart who snagged the eighth and final seat on council. Earlier in the day I’d jotted down my Kelowna election predictions and penned myself down for eighth with Maxine in second. Turns out my predictions were completely skewed.

Clearly the street talk had become a reality. The general grumblings of the community were about wanting change (many saying they wanted most of the incumbents gone). When the smoke cleared, and carnage assessed, some incumbents took significant drops in numbers or positions with Gail Given eliminated from her council seat. To the surprise of many Given was soundly defeated landing in tenth spot with just 9,408 votes.

Meanwhile new but old politician Ron Cannan returned to the local political scene with a triumphant and impressive first place garnering of 49% of the vote on 16,995 checkmarks. Newby’s Rick Webber and Gordon Lovegrove did well finishing third and fourth respectively.

Most significant to most however was the clobbering voters administered to mayor Colin Basran who was steamrolled by Tom Dyas. Tom nearly doubled Colin’s votes gathering 61.2% of the vote. From the first poll it was clear that Dyas was in the driver’s seat.

Political pundits will analyze the local results for years to come but certainly Basran shot himself in the foot a few times the past year or two and certainly during the recent campaign. His occasional condescending attitude towards members of the public and sometimes his own council was noted by many however his major mistake was telling Cannan to ‘f*** off at Basran’s rally.  His lack of tact with that episode and refusal to apologize blew up in his face. Basran’s verbal vileness at Cannan only helped his opponent as it angered and rallied the right-wing Conservative voters in the community and party to support Ron.

I’ve had the pleasure of knowing Cannan for at least two decades with both of us wearing multiple hats during that time. Serving together on Council shall be enjoyable and interesting.

I look forward with great anticipation to working with Lovegrove and Webber, both of whom I know little – however that will soon change. I hope. Lovegrove and I have chatted numerous times and I’m enthused with his thinking and energy. Webber and I have yet to connect. Having Mohini Singh, Luke Stack, Loyal Wooldridge, and Maxine back in the fold makes for a strong, diverse, and enjoyable council. I believe citizens will see a different dynamic at the council table – more people focused and open.

Meanwhile around the Okanagan Valley and province several friends have come and gone. My buddy Keith Thom is returned to the fray in Peachland as a councillor after a one-term absence. (He ran for mayor last election and missed the mark). Mayor Cindy Fortin was defeated by councillor Patrick Van Minsel. My old friend (and former mayor) Keith Fielding failed in his bid for the big chair. There was also significant change on council, with Terry Condon the only incumbent to be returned.

Gord Milsom has won a second term as mayor in West Kelowna. A solid, quiet leader Gord is reacquainted with other incumbents Rick De Jong, Stephen Johnson, Jason Friesen, and Carol Zanon. I am surprised and saddened to see that Bryden Winsby failed to make the cut as did Rusty Ensign.

In Lake Country two-term councillor Blair Ireland was acclaimed mayor. I will miss veteran councillor and regional district director James Baker after some 40 years serving his community. I am sorry to see Bill Scarrow not returned to the council table. Scarrow is a strong community man and fine fellow. I will miss his energy and smile.

Two other Interior politicians defeated and I will miss are Toni Boot in Summerland and Arjun Singh in Kamloops – a long term icon in municipal politics.

Change happened clean across the province as well. One of my dearest friends and respected veteran politician Teunis Westbroek was returned as mayor after a few years sitting as Councillor. Well done Teunis. In Nanaimo former MLA Leonard Krog was returned as mayor for another term, while in North Cowichan former reporter of mine Peter Rusland came close but failed in his crack at city councillor.

Last but not least my younger cousin (but not nearly as wise or good looking) Craig Hodge was not only returned to the councillors’ seat in Coquitlam, – he topped the polls. Way to go Craig!

It seems that indeed constant change was here to stay in the 2022 election. So now that all the silly season stuff is out of the way, can we get back to work?

Thank you for your support Kelowna. I am truly humbled and thankful and promise to remember how I got here and who I work for.