Home GO! Columnist Plagued by a pension for procrastination 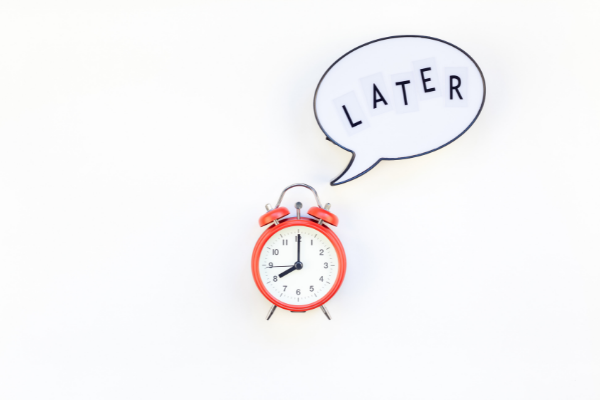 Plagued by a pension for procrastination

I’m a proud prolific passionate professional prose pontificator, plagued by a pension for procrastination. It’s an affliction I admit is neither pragmatic nor pleasing. (I also like alliteration in case you had not noticed).

Many friends and family simply suggest it’s a reflection of my ADHD however that’s not a medical condition any doctor has labeled me with.  I chalk it up to a warped insecurity that whatever it is I am doing is not going to be good enough so I quit early.

Regardless, being a procrastinator is not conducive with also being a columnist. I have been penning this column, in one form or another, once a week for 44 years and almost every single one has not been completed until right down to the deadline wire. While working as a fulltime journalist, penning my column was simply one more article to be produced on a deadline filled day and so my ‘wait-for-the-inspiration’ excuse never carried weight. I was already on a writing roll and somehow that made it easier. Once I left journalism fulltime (around a dozen years ago) and shifting into small p politics my column ‘deadline’ became once a week.

Akin to a kid left alone in a candy store with so many choices and no one around to close the lid on the jars – I find it difficult to decide what to bite into.

After 40 years of writing columns it is sometimes difficult to come up with a new idea. One tends to forget that a certain subject may have been covered but it was 10 years ago and no one remembers.

Either way I still manage to procrastinate until the wee final hours and then panic to produce. Perhaps that simply the problem – I need the stress to produce. The old ‘keep on beating me it feels so good when you stop’ scenario.

Today’s column is no different.

Earlier in the week I decided to get a jump on my delayer’s disease and start early. I jotted down a beginning to a column then quickly got distracted and went to the garden. The next day I tried again but the new subject just wasn’t going anywhere so I stopped. Similar situation last night after listening to the news I started yet another article, but tired from my day I simply fell asleep at my desk.

I awoke at 4 a.m. from a restless sleep and decided that rather than pick one particular issue I would write another catch-can HodgePodge and call it a ‘clitter’. A collection of literary starts and stops. (Not to be confused with kitty litter – which this rag might be used for after reading). Then I fell to sleep again.

My first idea was to pen a story about a dear friend of mine who barely escaped a fire at a resort and lost everything he had with him on his vacation. However I could not get a hold of him for some facts and feelings.

My second was a blasting of major media for the sudden decline in coverage on the Ukraine-Russia war – as if the war had simply ended. I was boggled how the tragic trampling by Russia suddenly no longer seemed ‘newsworthy’. However near the end of the National news there was an update. Tuesday marked the three month anniversary (?) since Russia began its atrocities that has resulted in thousands of deaths and 6.5 million refugees fleeing Ukraine and other countries. Canada has apparently sent another 20,000 howitzer rounds worth 98 million dollars.

That’s nice but perhaps the world should consider a different kind of intervention soon.

I awoke this morning devastated by the news of yet another mass shooting at an United States’ school in Texas. At least 19 children and one adult were gunned down by an 18-year old male armed with at least two assault weapons. There were 693 mass shootings in the U.S. last year.

The news rocked me and I did not have time to get more facts before my stretched to the limit deadline. By next week it will be old news.

There you have it – the wandering mind of a wayward writer.

So boys and girls if you want to become a columnist one day (don’t – the pay sucks) the first thing you will have to hone is your procrastination skills.

Perhaps that’s what I will write about next week. If I get around to it.