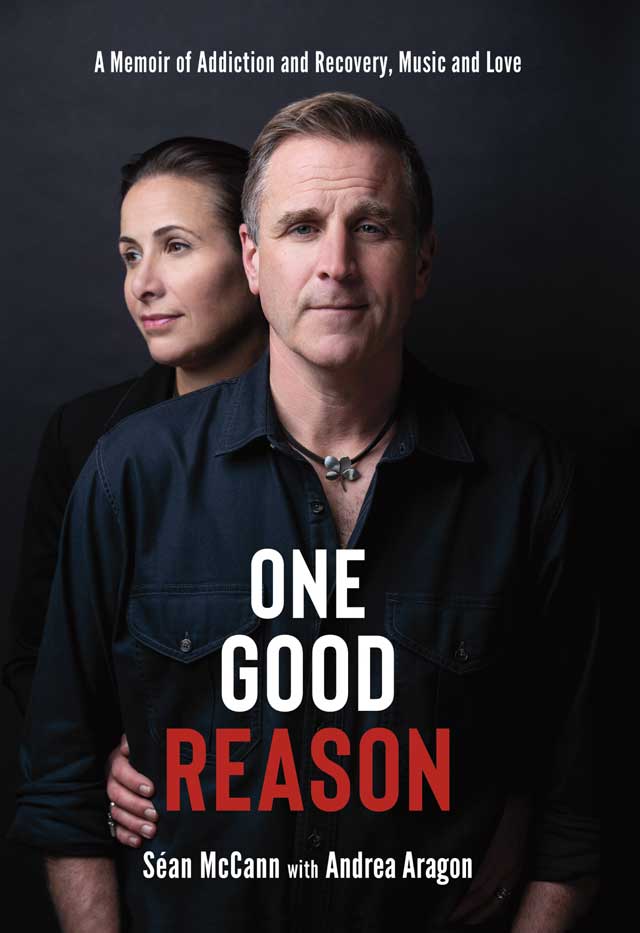 I’m a sucker for musical biographies, even if it’s an artist I don’t know particularly well.  Subtitled “A Memoir Of Addiction and Recovery, Music and Love, One Good Reason is a brisk and riveting read, a gripping story with many shady corners to explore in which you may see yourself reflected back.  I daresay you’re in for quite a ride.

Sean McCann was one of the founders of Great Big Sea.  He grew up in St. John’s Newfoundland, the party capital of Canada.  Though Newfoundland is beautiful by all accounts it’s a tough life; chronic unemployment during off season (fishing) and a hard drinking lifestyle that would kill lesser people.  There’s also the presence of the Catholic church over the culture and, from what I hear, rampant physical abuse.  I’ve heard examples of the latter from my wife, whose previous husband was born and raised there.  When it comes to the church, however, McCann’s story is sadly, all too familiar.

Andrea Aaragon, Sean’s wife, met him (calling him “Mr. Yellow Shirt”) at a Great Big Sea gig in Colorado.  After negotiating a passionate long distance relationship, it was decided that she would move up to St. John’s to be with him.  They married, have 2 sons, and now call Ottawa home. After reading the book and delving into the dark pasts they both worked hard to keep hidden, it’s surprising their marriage was able to survive at all.

One Good Reason works spectacularly well on a couple of different levels- as a dramatic story, and as a cautionary tale. Andrea was familiar with the trauma of alcoholism from her father, a Vietnam vet suffering from PTSD, which resulted in battles with depression, eating disorders, a suicide attempt and her own heavy drinking.  Sean, already a raging alcoholic by the time he met his future wife, drank to hide a secret he would not share until 2014; as a teenager he was sexually abused by a local Catholic priest whom his family knew and considered a friend. Until then, Sean gave serious consideration to making the priesthood his vocation.

If One Good Reason has an underlying message, it is one of hope.  It takes us through some truly dark days for both, ending up on the other side where they’re stronger and more resilient for having survived.  Now known more as a mental health, addiction and recovery advocate than the hard partying rocker he used to be, McCann pulls no punches when he touches on the mental health ‘industry’ here in Canada, on the Catholic Church, or the effect his struggle to become sober had on his former band mates.  He is not kind, nor should he be.  Andrea’s insights into Sean’s struggles as well as her own are inspiring too as we bear witness to a couple determined to survive and thrive.

“The greatest challenge to overcoming pain is allowing yourself first to actually feel it” Sean says. “Our book offers both sides of the story. The only way we could live through this was together and that is how we want to share out story of survival. We want to show people how to face their own difficult truth and ultimately overcome it.”  My own father was a raging alcoholic until I was 15 and I struggled with alcohol myself for decades, so I can relate.  This book succeeds in the way any good book should- it’s one hell of a read.