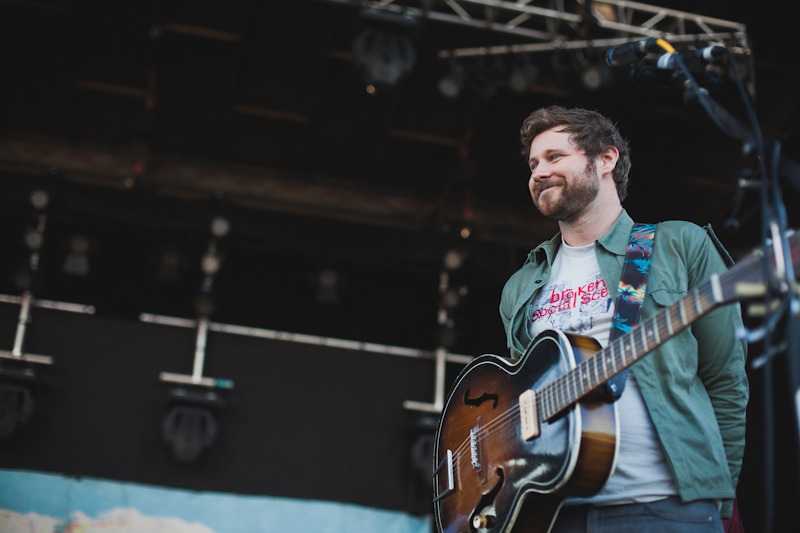 Off the Cuff with Vancouver singer Dan Mangan

True to Dan Mangan’s form, he is playing small venues across his world-wide tour for his new album More or Less. In Kelowna, it will be like listening to Dan Mangan in someone’s really big living room. I’m imagining a lot of sing-alongs to hits like Robots and Road Regrets as well as lots of Dan’s humour sprinkled in between songs.

Dan Mangan has a huge following that stretches into the States and Ireland to the UK. While artists hate being compared to other artists, if you’ve never listened to Dan Mangan, he is most similar to Mumford and Sons but with a very Canadian edge.

Dan has been around a long time, touring the world three times over, winning Junos, becoming a father and most recently making his fifth album.

From his own website, this is what he writes about his latest works:

“More or Less is about witnessing birth, and in some ways rebirth. It’s about feeling disconnected from a popular identity and becoming acclimated to a new one. It’s about raising kids in a turbulent world. It’s about unanswerable questions and kindness and friendship and fear.” — Dan Mangan

Being a superfan of Dan Mangan, I wanted to do something a little different this time when interviewing him. I was hoping to do an off the cuff interview to let fans know a little bit more about the everyday Dan. Luckily, he agreed. Below, you can learn about what his favourite thing about Vancouver is, what his first order of business would be if he was Prime Minister and a few things about him that will definitely surprise you. And he’s damn funny too.

Gonzo Okanagan: What is the last book you read?

Dan Mangan: Weirdly, it’s not literature.. I’m reading Platform Revolution, which is all about tech innovations online and how/why communities develop. Reason being, I want to educate myself on how to make Side Door as inclusive, transparent, and friendly as possible – we have really big dreams for Side Door and, in short, we want to change how the entertainment industry works.

DM: My family loves Euro Café on Commercial Dr. It’s been there forever and it’s a simple non-pretentious kind of place but the food is amazing and Henry is always at the till and he’s the sweetest dude.

GO: What is your favourite thing about Vancouver?

GO: If you could live anywhere else, where would it be?

DM: I love Amsterdam. I could live there. Or Toronto. Or Portland. I love New York and London and LA and Paris etc but I don’t actually desire to live in a city that big. But overall, I’m a city dweller. I love the outdoors and getting into nature but I don’t like the in-between places… The suburbs and small towns don’t work for me – I need to feel that I can walk to amenities. I don’t like leaving my house and getting directly in my car.

GO: Tell us something about you that may surprise us?

DM: I firmly believe that the replacement Aunt Viv wasn’t as good as the original Aunt Viv.

GO: How many tattoos do you have? Which is your favourite?

DM: I have one. It’s a hyphen. The idea being that hyphens connect words, and that they are always mid-process.. It’s a reminder that the only arrival we have is death and everything up until then is process and learning.

GO: Do you tell Dad jokes?

DM: Not always, but when I do, he laughs.

GO: If you could have dinner with anyone dead or alive, who would it be?

GO: If you could play a concert with anyone dead or alive, who would it be?

DM: I’m allergic to barley, so it’s wine these days.

GO: Favourite song to sing at your concerts?

DM: These days, the one that’s the most fun is Peaks & Valleys.

GO: If you were Prime Minister, what would be your first order?

GO: What are you most proud of?

DM: I continue to learn from my failures.

GO: Curious minds like me want to know: Your video for the song Vessell with Blacksmith is amazing and a bit like a crazy acid trip. Who came up with the concepts?

DM: Ben Clarkson was 100% of that video. He’s distorting the shared historical story of colonialism and reminding us how deeply our shared understanding of the past is skewed and self-serving.

GO: You dive into controversial topics in your songs. Do you ever get feedback from fans about it, either negative or positive?

DM: Sure I do.. Both ways.. Songwriting for me is just a way to exercise all the things that rattle around in my head. I’ve never approached songwriting thinking about what people want a song to be about because you can’t even begin to guess what people like. You just have to operate from your gut and do something that works for you, and if it resonates with other people, all the better.

GO: Give a shout out to the Kelowna fans….

DM: I, Dan Mangan, hereby bestow one shout out to the city of Kelowna.