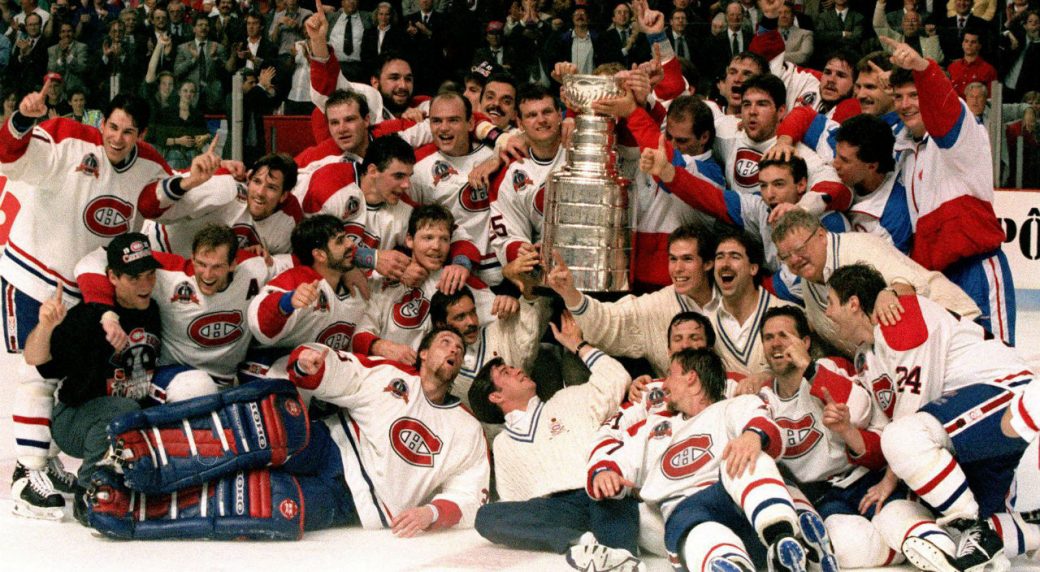 Canada is in a drought. No, this isn’t the kind caused by climate change or shifts in the weather, this is the kind in which sports teams go years, decades, even generations without winning.

The Canadian NHL Stanley Cup drought began on October 5, 1993, less than four months after the Montreal Canadiens won the NHL’s most prestigious trophy. Montreal’s four games to one win over Wayne Gretzky’s Los Angeles Kings ended a 10-year run in which eight Stanley Cups were won by Canadian teams.

The Edmonton Oilers (five), Calgary Flames (one), and Canadiens (two) all lift Lord Stanley’s cup. But in the 25 years since Montreal last won the trophy, Canadian hockey clubs have watched teams from south of the border win year after year.

Will the 2019 Stanley Cup Playoffs be any different?

In the two and a half decades since Montreal won its last Stanley Cup, Canadian teams have had ample opportunity to lift the trophy once more. Okay, ample is an overstatement as just five times in the last 25 years has a team from the Great White North played in the Stanley Cup Finals.

Between 2004 and 2007, Canadian teams were on the losing end of the finals three times. Calgary lost to the Tampa Bay Lightning in 2004 before the NHL Lockout took away the 2004-05 season.
Edmonton made it to its first Stanley Cup Final since 1990 one year later, but lost to the Carolina Hurricanes. Meanwhile, the Ottawa Senators lost the 2007 best of seven series to the Anaheim Ducks. Yes, they lost to a franchise started thanks to movie starring Estevez.

The Vancouver Canucks’ riot inducing finals loss in 2011 was the closest a Canadian club has come to winning the cup in the last seven years.

But hope springs eternal and as the cold weather around North America eases and the flowers bloom, Canadian NHL teams will see 2019 as a year of rebirth.

The Toronto Maple Leafs, Montreal Canadians, Winnipeg Jets, and Calgary Flames all occupy playoff places currently. Meanwhile, Vancouver is lining up a run at a Wild Card place. Hell, even Edmonton is a playoff contender on paper.

Could this be the year the NHL’s Stanley Cup returns home?

The NHL Trade Deadline on Monday, February 25, will signify the homestretch of the hockey season. Just over a month of the NHL regular season will be left to play and the moves made by clubs just before the deadline will either give fans hope for a cup run or reason to turn off their TVs and wait for next season.

Perhaps the best hope for a Stanley Cup lies with Calgary. Leading sportsbooks placed the Flames at +1100 to win the finals in early January. Bill Peters’ team is in the market for players to get them over the line and Mats Zuccarello and/or Wayne Simmonds could do the trick.

Of course, buying and selling players at the trade deadline comes with its own risks. Will it push the Flames onto the Stanley Cup or will they bottom out in the postseason?

While Calgary – and two other Canadian clubs have been given generous odds by sportsbooks –it is the Tampa Bay Lightning that have been placed at the top of the odds list. The Lightning are the antithesis of true Canadian ice hockey. It doesn’t snow in Florida and what do Floridians know about cold weather?

The Lightning, like the Vegas Golden Knights and Nashville Predators, are the new blood of the NHL. Tampa Bay played its first NHL season in 1992-93, the same year the Canadiens won their last NHL Stanley Cup.

Will the Canadian NHL Stanley Cup drought end this year? It may, but on the other hand, it may not.