The new Bears’ Lair TV series is accepting contestant applications from Indigenous entrepreneurs for a piece of $180,000 in prize dollars for their business enterprise.

Over the course of nine episodes of the series, 18 emerging and established Indigenous entrepreneurs from across the nation compete for $180,000 in prize money to take their enterprise to the next level.

All 18 contestants pitch to a panel of judges – The Bears – over six try-out episodes. The Bears select one $10,000 winner from each try-out episode and these six move to the semi-finals The final four advance to the season finale, where one deserving Indigenous entrepreneur is awarded a $100,000 grand prize.

The Bears are an expert panel of four core judges plus an additional guest judge each episode. Judges bring years of knowledge, experience, and expertise to the show Contestants receive group business training and individual coaching from industry experts to polish their business pitches and prepare for the television broadcast experience.

Contestants for season 1 of Bears’ Lair apply now, at bearslairtv.com. 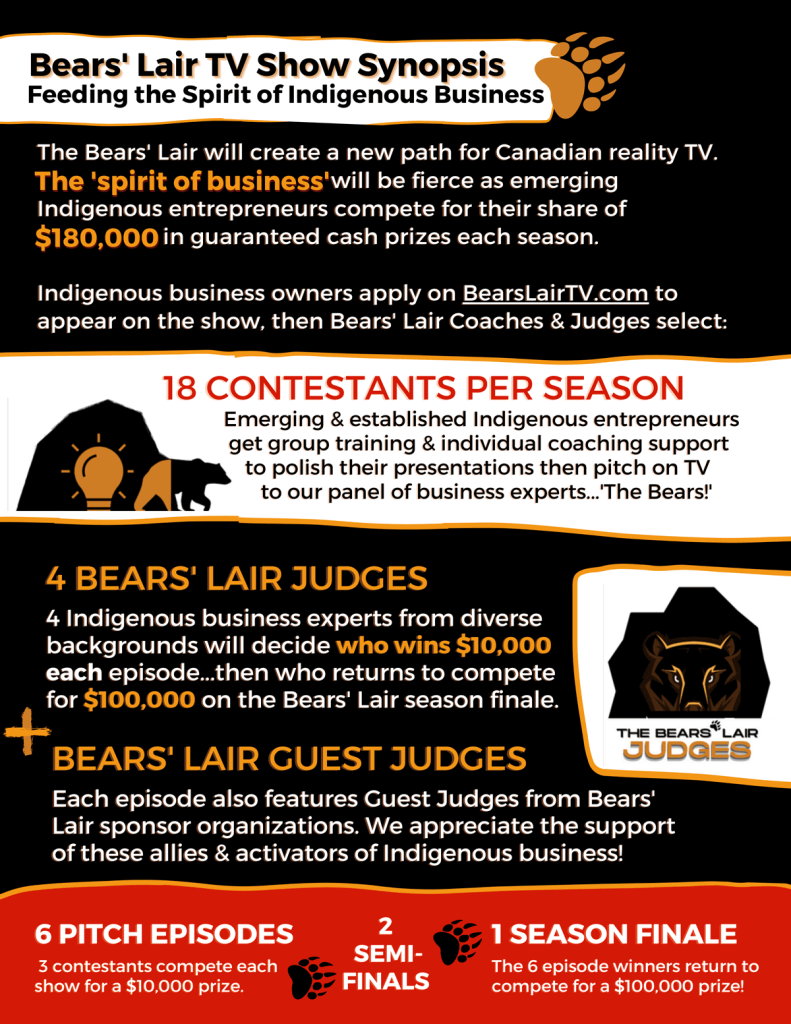 “It is time to feed the spirit of Indigenous business to showcase the diversity and resiliency of Indigenous entrepreneurs. It’s time for a reality show with real impact to bring forth our experts to share their wealth of knowledge to enhance the future of the Indigenous economy. 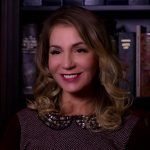 A guest judge from a Bears’ Lair sponsor organization joins The Bears each regular episode. Lifetimes of business experience and coaching are shared with contestants from a variety of industries. A group of special guest judges also join for the semi-final and final rounds of the competition.

The Bears’ Lair creates a new path in Canadian reality television with five key Indigenous twists on typical business competitions. Judges consider the entrepreneurs’ social impact and award points for purpose as they select winners for guaranteed cash prizes (as opposed to competitors pitching to investors who would take ownership in their company). Prize funds will be awarded alongside business mentorship to fuel their business.