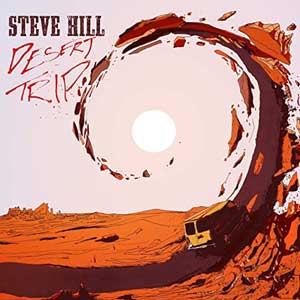 Here is the latest album from a Canadian guitarist with enough awards to fill a bathtub.  His last few records over 8 or so years have been one man band affairs, but Desert Trip is something different.  Inspired by a trip in 2016 to the Desert Trip Festival in Coachella these songs are evocative and cinematic, as if they belong in a Clint Eastwood film.

“I had an amazing time while I was there and decided to hang around LA for a little longer” Steve says of that trip. “After a couple of days I felt the urge to move and a need to explore.  I rented a camper van and criss-crossed the state for about 3 weeks, bought a guitar and wrote some tunes at night while camping in Death Valley, Big Sur, Yosemite, San Rafael and many other wild places.  These are the songs I wrote, along with a few vamped up oldies of mine that fit right in as if they’d been written on the same trip.”

If we’re going to throw a label on this, ‘acoustic rock’ fits as well as any.  Though many of these tracks feature other musicians, Desert Trip feels at least as intimate as Hill’s one man band sets.  The disc was recorded and produced by Steve at Golden Ratio Studios for the most part.  I occasionally question an artist’s decision to produce their own stuff as they can be too close to the music to be objective, but not in this case.  Hill is, after all, a producer of some renown, so he certainly had a handle on how to get at the sounds he was hearing in his head when he wrote these songs.

Sometimes music makes you feel good viscerally with uplifting melodies and pleasing performances.  An album like Desert Trip IS those things, but it’s also like an intimate late night conversation with your best friend. Looking back on the trip where many of these songs were born, Steve says that “somehow these songs make more sense to me lately, a journey through my state of mind at the time, and maybe a foretelling of the way I feel now.  I hope they can bring you a little joy and comfort in these troubled times.” 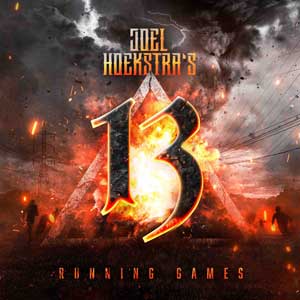 Hoekstra has been busy.  Currently known for his guitar work with Whitesnake and Trans Siberian Orchestra as well as past associations with Night Ranger and the Broadway show Rock Of Ages, this is the second release for 13.  Running Games is the melodic, muscular guitar driven rock I expected… anything less would be disappointing.

The production and songwriting for Running Games rest on Hoeskra’s shoulders but, like his first effort, he’s gathered quite a roster of talent to see it through.  Aside from Joel on guitar we have Russell Allen on vocals, Tony Franklin on bass, Vinnie Appice on drums and Derek Sherinian on keys, with Jeff Scott Soto pitching in on background vocals.  “Years ago, I released three solo albums that were mainly instrumental guitar music” says Hoekstra.  “(Here), I’ve started to work on something that showcases my production, writing and playing in the genre that I’m known for, which is melodic hard rock.  Running Games is more focused and mature.”  I’m guessing he wasn’t getting his creative rocks off, at least not fully, in either of his ‘day jobs’.

The beefy songwriting and manly guitar playing make this album comparable to what he does with Whitesnake- I’ll even go as far as saying vocalist Russell Allen sounds like a young David Coverdale.  This is atypical 80’s hard rock with solid and straightforward playing on songs that move nicely along with just a whiff of the blues.  Running Games isn’t as dramatic and over-produced as recent ‘Snake albums (to be clear, I really enjoy them), but that they come from the same family tree is inescapable.  That’s not a complaint more of an observation, but is this disc different enough to warrant the detour?  I’m guessing this is more for the satisfaction of having creative control of a project from beginning to end.  And besides, Coverdale’s not getting any younger. 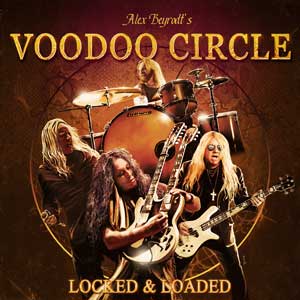 Here is the 6th studio album for this German hard rock act since their self titled debut in 2008.  Locked & Loaded also marks the return of the lineup that recorded their legendary 2nd record Broken Heart Syndrome.  This is heavy metal in the classic sense; palm muted chugging chords with the finesse of a bulldozer- and I’m loving it.

Guitarist Alex Beyrodt welcomes back 3 formidable musicians in drummer Markus Kullman (Glenn Hughes), bassist Matt Sinner (Primal Fear) and Pink Cream 69 singer David Readman.  BTW, in 2017 PC-69’s Headstrong was my #1 album of the year, so I’m already a Readman fan.  Locked & Loaded has a feral, animalistic energy to it in the singing and playing that, as a hard rock fan, I find most invigorating.  Of his band mates Alex says “this constellation presents Voodoo Circle at its strongest, especially since the new material is tailored to our classic lineup.”  I get the same thrill from listening to this disc as I do putting on an early Dio album.

This melodic hybrid of hard rock and melodic metal with bluesy elements is a deliberate choice for Voodoo Circle. “The truth is that I had written a dozen songs fairly early, before Mat (the bassist) and I got together and decided that we wanted to embark on a slightly more retro and Zeppelin-oriented direction” Beyrodt recalls. “Once the return of David and Markus was a fact, I sat down again and wrote some more numbers with that Led Zeppelin concept in the back of my mind.”  In that regard Locked & Loaded combines elements of Physical Graffiti, Presence and Zep I most effectively.

At the end of the day L&L really packs a wallop without sacrificing the quality of the songwriting.  I’d never heard of Voodoo Circle before this, but with a killer record like Locked & loaded, the band now has my undivided attention.

KEY CUTS:  Devil With An Angel Smile, Wasting Time, Trouble In The Midnight 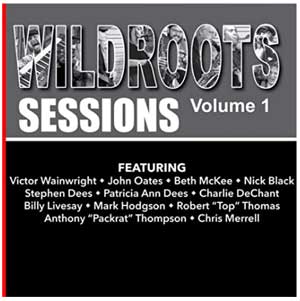 Victor Wainwright and Stephen Dees celebrate their 16 year musical partnership with one hell of an album.  Following 2015’s critically acclaimed and award winning Boom Town, Sessions is a smooth, sweet, soulful blend of blues, soul and roots rock & roll.  If, by chance you’re feeling down, you won’t be after this record is done with you.

In a recent reply on Facebook to a friend (a fellow drummer) from my school days about how “being a musician means being a part of a total experience” I said “it’s the communion between people working toward a common goal that makes playing so exhilarating”, and I’d bet the farm that the players on this disc feel that way too. For this kick at the cat Victor and Stephen felt it was time to spotlight some of the talented people who have been a part of their past and present collaborations, and the results are stunning.  In addition to Wainwright, Sessions Vol.1 also includes a number of special guests plus lead vocals by John Oates, Beth McKee, Nick Black, Stephen Dees, Patricia Ann Dees, Anthony “Packrat” Thompson, Robert “Top” Thomas, Billy Livesay, Mark Hodgson and Chris Merrell.

Wildroots Sessions Volume 1 is a rollicking, swingin’ musical adventure that takes you back home, wherever that may be for you, and it makes you feel cool while you listen.  The disc was produced by Stephen Dees with just the right depth and interplay between voices and instruments, what feels like a natural and unforced relationship..  There are 16 songs in all, including covers of 634-5789 and Santa Claus Is Back In Town. The mixture of styles within the blues/soul/roots idiom is really something. Wildroots even touch on gospel with Cradled In The Bosom of Jerusalem.  Sometimes when you hear a new album you think “Jeez, this is pretty good” and then you move on to the next thing- an occupational hazard for someone who reviews albums.  But every now and again a pile of songs will come along that just stops me in my tracks, and that’s what The Wildroots Sessions Vol.1 is for me. It’s one of those discs that can really lift the darkness. 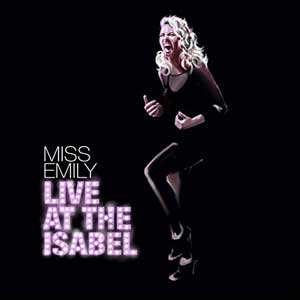 I’ve had this sitting around for awhile.  I’d not heard of Miss Emily before this landed on my desk and now that I’ve gotten around to giving it a spin, I’m a fan.  Miss Emily is a powerful singer and Live At The Isabel (a theatre in her adopted hometown of Kingston, Ontario) travels easily across genres from soul and classic Motown to jazz, gospel and the blues.  No wonder she was the 2019 Maple Blues Female Artist Of The Year.

Live At The Isabel is a compilation of songs, stories and captivating moments that spans 2 & ½ years of performances at this prestigious Kingston venue.  When Miss Emily was listening back to the recordings, she realized she had the makings of a dynamic live album on her hands.  She is backed by the same band she had on tour in 2019, and Hip fans will note the guest appearances by Rob Baker and Gord Sinclair.  Rob says she “has an angelic voice with just a hint of sultry devilishness”, and Kiss’s Gene Simmons notes that “Miss Emily has the best pipes (I) have ever heard in an unsigned artist”.  Those guys have been around so they’d know, I’ve listened to the album and believe them.

Whether she’s leaning back to roar on an up-tempo number or getting down on a song like Blue Is Still Blue her performance is captivating and draws you in almost effortlessly.  As a singer Miss Emily sidesteps the vocal acrobatics of a Whitney Houston or Christina Aguilera (though she has that power at her disposal) and channels a combination of Ray Charles and Aretha Franklin.  She wrote most of these songs and there is a small handful of covers too like The Letter and Who Is He, but her version of The Tragically Hip’s Long Time Running, with minimal accompaniment, might stop your heart- it did mine.

There are some singers that make your jaw drop as you quietly exclaim “oh wow”, and Miss Emily is one of them.  Good songs and that voice make Live At The Isabel an irresistible, must-have album.  This is so good it hurts- in the very best way.