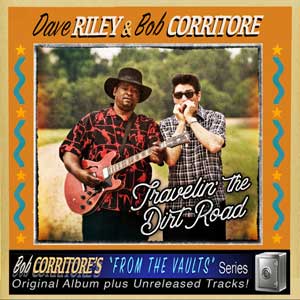 Bob Corritore is one of the hardest working and talented harp players in the blues.  Last fall he released the three titles above from his vast master tape archive with previously unavailable and unreleased gems.  All three are must haves for fellow blues freaks, and the good news is this flight is just the beginning.

Travelin’ The Dirt Road  Dave Riley is the real deal, a Mississippi bluesman from Hattiesburg with the sound and poetry of the Delta coursing through his veins.  As a musician he’s a fierce talent; crunchy chords, sinewy lead breaks, and a gruff singing voice that comes right from the guts, the sound of Mississippi mud.  He’s a reformed addict and Vietnam vet, plus he spent 25 years as a guard at the infamous Joliet State Penitentiary.  He’s seen the dark side of life and he’s lived it, so when he sings about it you can believe it.  Bob Corritore’s deft harp work on this disc is the perfect compliment, adding a sort of Chicago spice to Riley’s blues.  Musically speaking it’s a match made in heaven with the sum being greater than the parts. 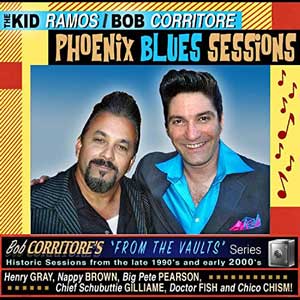 PHOENIX BLUES SESSIONS  Lots of folks are involved in these historic sessions from the late 90’s and early 2000’s aside from Kid Ramos.  I’ve become a fan of Ramos and Corritore in recent years, and these epic sessions also include the voices of Henry Gray, Nappy Brown, Big Pete Pearson, Chief Scuttlebuttie Gilliame, Doctor Fish and Chico Chism.  This set has a kind of relaxed, swingin’ feel to it with a late 50’s/ early 60’s vibe.  Originally rush released in 2012 as a benefit for Kid during his cancer scare, there are new mixes and some spectacular previously unreleased material, including an alternate take of Natural Ball.  Bob’s harmonica and Kid’s guitar playing fit like a glove. 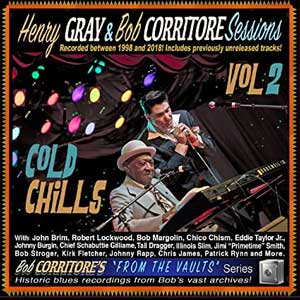 COLD CHILLS VOL. 2  This disc represents the collaboration between Corritore and blues piano player Henry Gray that started in 1996 and ended in 2018, when Henry was no longer able to fly as per doctor’s orders- he passed away January 19th, 2020. After that initial musical hookup, Bob would invite Henry annually to perform at his Phoenix nightclub (The Rhythm Room), which would also lead to recording sessions while he was in town.  This disc includes a 15 song sample of some of those great collaborations.  Track #1, Cold Chills, comes from their very first Phoenix session.  The Twist, also included here, is the last song they played together from their very last session.  Of the three albums being considered here Cold Chills really captures the sense of history between musical friends. 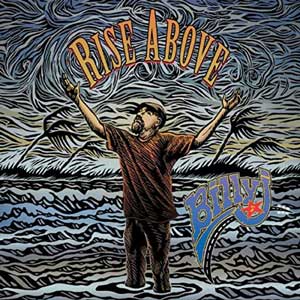 Here is the debut disc from this Florida based blues rocker, originally from Philly.  Rise Above is blue collar bare knuckle blues with muscle and attitude, real roadhouse magic.  He’s a solid singer and compelling guitarist; this album is going to take him places.

Part of Rise Above’s magic is that it was recorded live in the studio and produced by New York Blues Hall Of Famer Dave Fields.  Of course that would mean precisely dick without a good batch of songs, and Billy delivers on that score too.  The album includes a decent remake of the theme song for those of us with daddy issues (myself included) in Cat’s In The Cradle which he gives a different musical spin, a swampy grind.

Billy kicks the door down with the rocker She’s Mine, exhibits his sensitive side on the acoustic ballad She, but Rise Above really floats my boat when he digs into some good blues. Of course it doesn’t hurt to have a great band behind him either; Charlie Wooten (Royal Southern brotherhood) and Todd Smallie (Derek Trucks, JJ Grey & Mofro) on bass, the late, great Yonrico Scott (Derek Trucks) on drums, and a special appearance by J. Robert on violin.  The bluesy heart of this disc for me is New Car, a slow burner with an amusing lyrical twist; “got a new car for my woman/ it’s the best trade I ever made”.  How can you not love a guy that thinks around corners like that?  Then you come across a reggae jam like Push, Push- there’s something fresh at every turn.

Rise Above isn’t the most polished sounding album you’ll ever hear which works in its favor.  Cool song writing, good singing, excellent guitar and a swingin’ rhythm section make this a totally enjoyable, down to earth musical excursion into the swamps of Florida.  Billy takes a few different roads over the course of the album but they all reach the same destination with, in this case, a well satisfied listener.  The title is also a good reminder to throw off the things that are trying to drag you down.  This is a keeper. 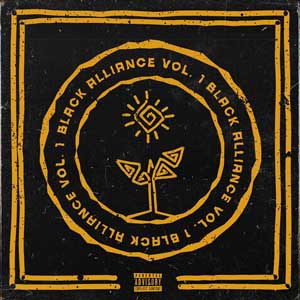 This is the first of what promises to be an annual compilation series by Warner to celebrate Black History Month.  They’ve gathered six of their artists to cover songs by legendary black artists who paved the way to make today’s urban music landscape possible.  The results are quite soulful.

Black Alliance recognizes the significance Haydain Neale had on the Canadian music industry.  He was the lead singer of Jacksoul, formed in Toronto in ’95.  His unique cover of Bill Withers’ Use Me was recorded over 15 years ago and re-imagined in a modern setting for this compilation.  “Haydain always wanted to do something new” says Warner Music Canada A&R VP and former band mate Ron Lopata.  “He was passionate at re-working songs, never taking away their unique element.  If there was a time to honor Haydain’s perseverance in the Canadian music industry, it’s now, (with) this timely cover (of Use Me) that pays tribute to the recent passing of Bill Withers.”

Others taking part here include Andye, who covers Michael Jackson’s Man In The Mirror, a timeless song whose message is as relevant today as it was when Jackson put it out in 1987.  The same can be said of Sam Cooke’s A Change Is Gonna Come, done here by Myles Castello in a way that I think Cooke would have recognized and appreciated.  Amaal delivers India.Arie’s Brown Skin, Just Jon takes on Missy Elliot’s My Struggles and Queen Latifah’s U.N.I.T.Y. is reinterpreted by Charmaine.

The songs on Black Alliance Vol.I that I am already familiar with by the original artists- Sam Cooke and Michael Jackson- were the key that opened the door for me to the rest.  Rap is something I’ve never been entirely comfortable with- after all I’m an old white guy- but in this context of celebrating black history month and hearing something like the Queen Latifah number as part of the musical continuum I get it, I understand and accept it.  The soulful stuff here speaks louder to me of course, but when I listen to this it will be as a whole.  Standing under a bright spotlight here, these performances represent the growth and cultivation black artists strive for. 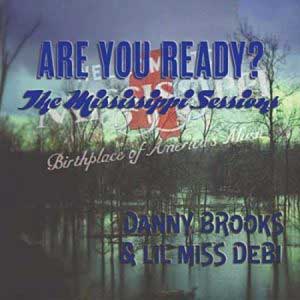 Subtitled The Mississippi Sessions, this Canadian husband & wife team from Toronto that now call Llano Texas home are making what some listeners are calling ‘new vintage’ rockin’ blues.  Are You Ready achieves the unique trick of feeling new while at the same time giving the impression that it’s been around for a good long while.

Are You Ready was recorded in Raymond, Miss., a suburb of Jackson, which explains the record’s subtitle.  The songs feel rather personal as this baby harkens back to a time when artists lived what they wrote and sang about.  Listening to Danny sing, it’s been said, is “like driving out of Memphis on a Sunday morning into the Mississippi Delta, listening to WDIA.  It’s one of those things where time stands still.”  His voice has gospel oomph tempered by his blues heroes like Solomon Burke, Eddie Hinton and Howlin’ Wolf.  On his website, Danny calls his music (this is his 12th CD) “Southern soul with a mix of blues/ soul/ Americana/ mountain and gospel.”

Are You Ready was produced by former Malaco Records engineer Tom Easley, who has also worked with people like Bobby Blue Bland, Johnnie Taylor and Little Milton, so he was good fit for what Brooks was trying to achieve.  Of the experience, Tom notes the “prolific lyrics (and) stark imagery (that) contrast the times we’re living in; a real gut punch of truth with a message of hope for healing a troubled society.”  Lots of good songs on this disc, and some are merely ‘okay’.  That’s how it goes sometimes, but at 20 tracks it’s a bit much… might’ve been a better idea to get two albums out of this.

Where this set really scores is on slower numbers like Hold On To Love and Jesus Had The Blues.  The title track is a rocker that kicks off the album with some energy, but something about it feels ‘off’ and I’m not sure what.  When Danny & Debi settle into some good mid-tempo grooves is when they hit pay dirt.  Are You Ready proudly shows its southern roots with some Allman-esque flair, a record that will make you feel good and make you want to dance.

KEY CUTS:  Jesus Had The Blues, Hold On To Love, Rock & Roll Was The Baby 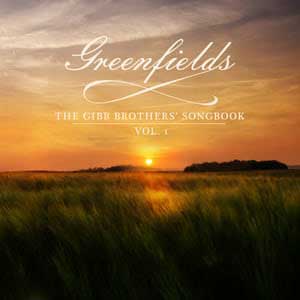 This is the third solo album for the last surviving Bee Gee, Barry.  It’s a collection of Bee Gees classics, recorded in Nashville and re-imagined with a host of country singers trading vocals with him.  “There were so many (of these) songs that were written in the spirit of country music” says Gibb, a lifelong country and bluegrass fan.  That these voices on these songs are a very good fit for country and for Bee Gee fans is pn;y natural.

The idea for the album started with Barry Gibb’s wish to record with some of country’s finest which led him, of course, to Nashville.  Producer Dave Cobb was tapped after Gibb’s son Stephen showed him a video of a Chris Stapleton song Cobb had produced.  Barry flew there to record and says “from the very first day we stepped into RCA Studios in Nashville, the album took on a life of its own.  I couldn’t be more grateful for the opportunity to work with Dave and all the artists that stopped by. “

There are two ways to approach this; how you feel about the song selection and, if you’re a country fan, how you feel about the artists involved.  With the songs we get classics like Lonely Days, Too Much Heaven and To Love Somebody done with Little Big Town, Alison Krauss and Jay Buchanan respectively.  The song Words Of A Fool, the first single off of this to be released back in November, was originally written for a 1986 solo record but never released.  There are a few liberties taken with songs like Jive Talkin’ but for the most part the songs are reasonably faithful to the original arrangements.

Lots of hugely talented singers are attached to this as well including Dolly Parton, Keith Urban, Brandi Carlile, Sheryl Crow, Olivia Newton John and Miranda Lambert as well as those mentioned above.  I can only imagine that when word got out that Barry Gibb was coming to town to make this record everybody wanted in on the fun.

Re-casting these songs in a pop/country light is a brilliant move that will expose some of our generations’ arguably greatest songs to newer, younger and different audiences.  The arrangements, under Dave Cobb’s and Barry Gibb’s care, are subtle and quite beautiful.  Great songs and great performances across the board make Greenfields a fine album. Hopefully tagging it “Vol.1” means there is more to come.

KEY CUTS:  To Love Somebody (with Jay Buchanan), Too Much heaven (with Alison Krauss), Jive Talkin’ (with Miranda Lambert & Jay Buchanan