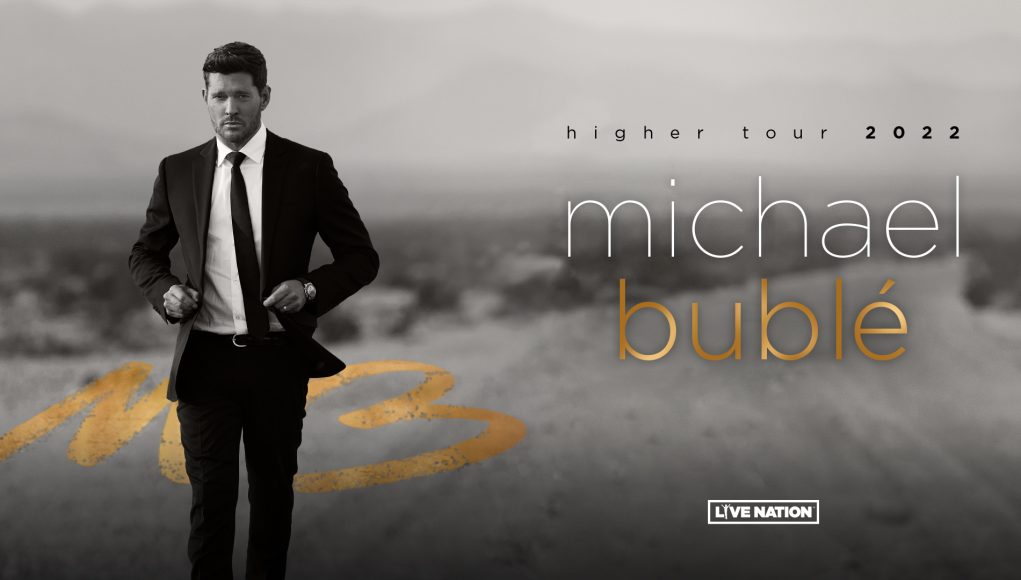 For a complete list of the Canadian dates, see below.

Bublé’s previous global tour which ended in 2021 spanned 25 countries, included 61 sold out US shows alone and a collective audience of well over 800,000 fans. His just released new studio album Higher is his 9th Top 10 on Billboard’s Album Sales Chart.

With unstoppable talent, energy and a voice that is equally at home singing standards, pop tunes, swing, jazz, R&B and comedy, it’s no wonder that when Michael Bublé gets to town, the party begins. You don’t want to miss it!