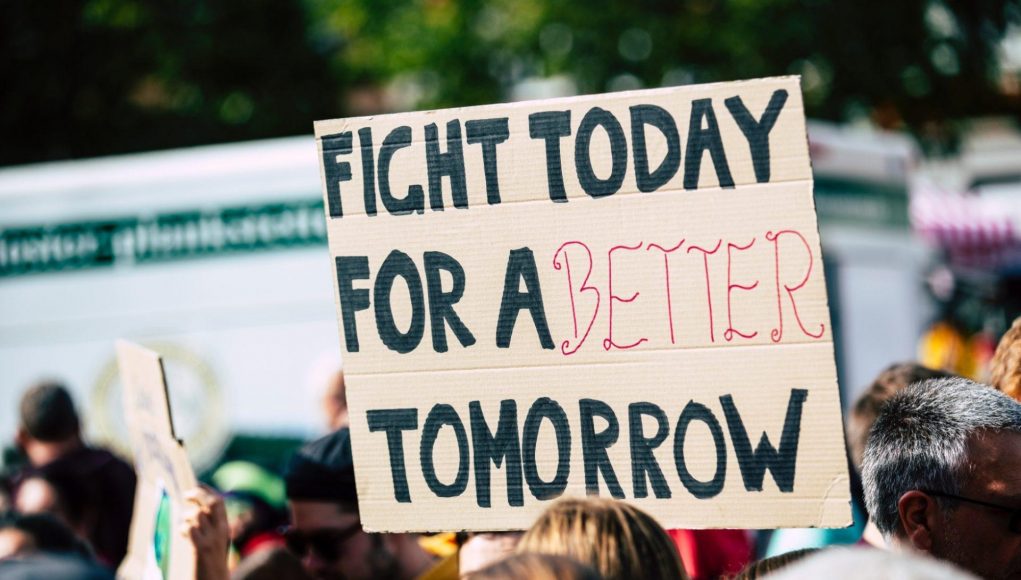 Humanity seems to be teetering on the brink. On one hand, we know that rapidly shifting from coal, oil and gas to renewable energy, along with protecting and restoring carbon sinks like forests and wetlands, will go a long way to slowing the worsening impacts of climate disruption. We know that women’s rights, family planning services, access to birth control and education are the best ways to stabilize population growth and provide greater opportunities for more people.

On the other hand, a relatively small but vocal and influential number of people, egged on by corporate PR and money, have politicized these issues of fundamental human rights and survival. We only have to look south to see how it’s unfolding.

Take Texas. It’s enacting draconian laws, unchallenged by the U.S. Supreme Court, that make it illegal to even consider terminating a pregnancy or helping anyone who does — with vigilantes empowered to go after the suspected “offenders.” Other U.S. states are expected to follow.

Voting rights are being eroded in many states. Climate regulations are subject to the whims of people who pocket massive donations from the industries most affected.

Things aren’t great here, either, as we head into another “first past the post” election in which the top contenders support pipelines and fossil fuels while unveiling climate plans that wouldn’t be adequate even if they were followed rigorously. Canada has yet to meet a climate target. We don’t appear to have as much blatant appetite for taking away rights from women and non-white people as the U.S., but we can’t be complacent. Change happens quickly.

Authoritarian movements are rising around the world, and they’re never good news.

Authoritarian movements are rising around the world, and they’re never good news. Most oppose basic rights, including freedom of expression, and women’s and LGBTQ2+ rights, and show little interest in addressing crises like the climate and extinction emergencies.

It’s hard not to be overcome with anger and despair. For decades, scientists have warned that humans have become so numerous, powerful and greedy that we’re threatening our own survival by destroying nature. Yet it took Greta Thunberg — a youth with no hidden agenda or investment in the status quo — to make millions aware of the simple truth: if we continue to live as we do, children have no chance for a future.

Just as everything in nature, including us, is interconnected, so too are our major crises — and their solutions. Most environmental problems, including climate change, are a result of an economic model that was never very healthy, with its reliance on wasteful consumerism and car culture, but that we now know to be archaic and destructive. Working people have fallen behind while corporate heads and their politician friends amass ever greater wealth, the gap between rich and poor widening daily.

Richer countries tear apart and plunder poorer countries and Indigenous lands in the name of progress and profit. Women’s rights are curtailed to prevent them from getting in the way of patriarchal imperatives.

The best way to tilt things to the side of good is to get involved and stand up for increased human rights, real climate action, environmental protection and replacing outdated economic systems.

But it’s easy for those of us who have enjoyed the most privileges to be complacent.

But it’s easy for those of us who have enjoyed the most privileges to be complacent. Sure, we see increasing wildfires, floods and droughts, record temperatures and anxious families and friends, and we see hard-fought women’s rights being overturned in the U.S. and elsewhere, but most of us can still drive to the grocery store, fly somewhere nice for vacation and keep our homes and workplaces at a constant, comfortable temperature year-round.

With climate disruption, what we do now will have impacts decades from now. If we stop using fossil fuels overnight, the excess emissions we’ve already pumped into the atmosphere will remain for decades. The more we emit, the worse it will get. And if we don’t protect and strengthen human rights, they’ll continue to erode, with severe long-term consequences.

Sometimes it’s overwhelming to keep up with everything that’s happening when we all have our own immediate concerns. But doing something positive can be empowering. Even examining the various party platforms for positions on key issues, especially climate, before voting is a good step.

Those who would strip away rights and ignore the climate crisis are a minority — but they’ve been more vocal. Let’s change that.