Long before Kurt Cobain became a punk rock icon, when he was a small child, Kurt was raised in a family of folk enthusiasts. This makes sense when we listen to Nirvana Unplugged, which was, for many in my generation, an introduction to the folk/blues genre. Not that we’d never heard blues or folk before, but when Nirvana did the show it caused many of us to delve into those styles of music we always thought too oold fashioned or out of style.

One of the coolest songs

on the album, “In The Pines”, was not written by Huddie William Ledbetter – aka, Lead Belly – but his versions of the song stand out to such a degree that even Kurt Cobain believed it to be written by Leadbelly himself. Though the original songwriter is unknown, Lyrically this was a perfect song for Nirvana, given its dark subject matter. There are varying versions of the song, some with different meanings, but in Leadbelly’s version, it seemed to be about a young woman witnessing a murder and escaping the scene to hide in the pines. Of note here, is that there were several other of his songs about a man accusing a woman of adultery – the same sort of seedy feel that really served to capture the scene, and the time.

Leadbelly was born in 1988 and died in 1949. He lived a fairly long life, but it was a troubled life. Despite being a guitarist and songwriter of genius proportions, he was known to raise a bit of hell throughout much of his life. This landed him in jail on three different occasions, one of those for Manslaughter after he killed a relative in a fight over a lady.

His last bout in jail was over stabbing a white man in a fight. In the case of the killing and the stabbing he managed to get released early on account of his good behaviour, and his gift as a musician. In fact, it was his claim to infamy that, during his incarceration for murder, he wrote a plea for his freedom in form of a song and was able to have it played for the governor at the time. The governor impressed with his record of good behaviour, and by his ability to keep the guards and prisoners happy with his music. By the time he left the office, it was decided that Leadbelly would again be a free man.

Despite being raised in the South during a time of oppressive segregation, and being half illiterate, Leadbelly was no fool. As a performer he knew how to play to his audience, often changing his lyrics depending on who was watching, particularly when playing to white audiences in the South.

Despite the romantic notions of what it would be to be a travelling blues player, this would have been a really shitty time and place to be a musician, particularly a black one.

In fact, in many cases, he would have to perform old confederate songs to plantation owners. Imagine being a black man and having to play Dixie to people who had enslaved your people only a generation ago. It’s easy to look back and ask why the hell a black man, or a black woman, would placate those people, but it’s important to remember the economic hardships of the time. The burden of necessity.

Lead Belly played through the depression years, even taking on work on the side.

I’ve not yet discovered a decent movie about Leadbelly’s life. There is one movie that attempted to portray him, but it was a movie made in ’76, and it was rife with intense racial stereotypes and really took far too many liberties when portraying him. This movie was called Leadbelly, and was directed by Gordon Parks, but, more importantly, the movies’ musical score was performed by Fred Karlin (composed mainly for tv and movies). It seemed that they may not have had the rights to his songs in the picture, so Fred Karlin wrote songs that Leadbelly may, or may not, have written during that time frame.

What makes the soundtrack so awesome, though, is that Karlin brilliantly captures Leadbelly’s style, as well as other blues players depicted in the movie. Credit where credit is due: The skill in which he put together the score for the movie makes it, in my opinion, one of the best folk-based soundtracks ever made, even beating out “Crossroads”, and “Oh Brother Where Art Thou”.

There is no doubt that lead bellies life was very interesting. There’s a lot from his struggles, but we can’t let his antics, and the brutality of the times overshadow his achievements musically.

Often called the King of the 12-string guitar, Leadbelly broke the mold with his style of playing. Similar to a Honkey Tonk pianist, Leadbelly was able to create a multi-dimensional sound, which is not easy to do on guitar. He would accomplish this, in part, by taking a melody and walking up or down the relative scale, using this technique for fills between the often frenzied rythm.

Listening to Leadbelly’s style, it’s not hard to imagine Kurt Cobain’s seemingly sloppy guitar playing as being largely influenced by the old blues man. Blues in that time was so progressive, technique or traditional musical theory often seemed to take a back seat, while the musicians were exploring new sounds and methods of playing.

Kurt Cobain’s style of guitar playing is similar in that way. Much like the old American blues players Kurt always seemed to be trying to reimagine the guitar.

When listening to lead belly one can imagine a string of influences starting before leadbellies time and leading up through nirvana and into our own times today. Though in many ways Kurt Cobain is not one who you would want to emulate, there is one one tip any artist from Kurt Cobain and that is to celebrate the past and find inspiration were ever you can, in the words of Kurt in the song “Breed”: “I don’t care I don’t care care care if its old” and “rather be dead than cool”, from the album, Stay Away. So do yourself a favor go dig through your grandparents old record and or tape collection and dive in. You might find gold. 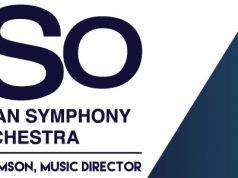 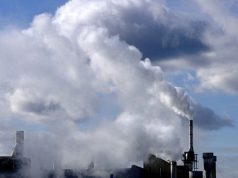