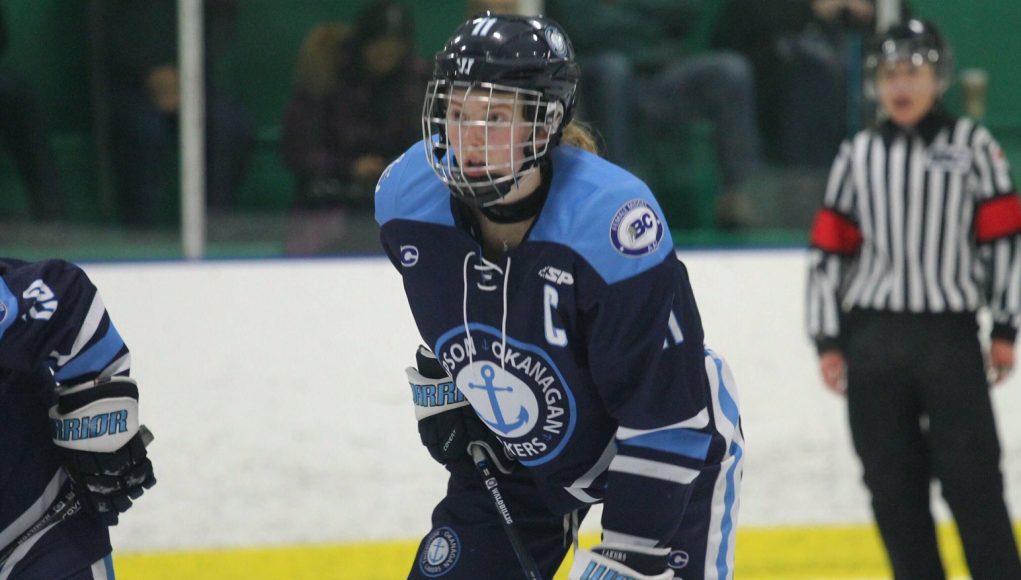 Female Midget AAA in B.C. is a highly competitive league, for the brand-new coaching staff and 13 rookie players on the Thompson Okanagan Lakers, they are finding out that the hard way.

As former captain Kayla Waldbillig puts it “the FMAA is fast paced, aggressive, and has great play making”.

The team got off to a rough start losing 9 straight games, although after grinding out a tie, the team is building-up confidence heading into a four-week break.

Sydney Hamilton, a second year forward, is hoping the team can use the break to get closer, “We’re focused on team bonding, we want the team to be our second family, so we can go into our games comfortable and trusting of each other”.

The FMAAA season consists of five-zoned teams, 33 regular season games and a playoff, the winner of the league playoffs is pitted against the winner of the Alberta Female Hockey League for a berth to the Esso Cup, Canada’s National Female Midget Championship.

This season alone the FMAAA has had five commits to post secondary schools, this includes the Greater Vancouver Comets Jenna Buglioni who committed to Ohio University.

Waldbillig currently plays for the McKendree University Bearcats in Illinois, “The Lakers provide girls with the opportunity to be scouted by universities, in order to continue their hockey careers at post secondary institutions.” She says. “playing for the Lakers is to not only grow as a hockey player but as a person off the ice… I’ve made many friendships and was able to learn from some great coaches.”

Waldballig went on to say, “Nothing but success has come my way from the Lakers, I would suggest girls in the Thompson Okanagan to play for the Lakers, I assure that they won’t regret their decision.”

Hamilton also feels the Lakers are helping her chase post secondary opportunities “Coach Jody made a website and is active on the Instagram and Twitter, which helps us get more exposure to universities. The coaches are helping us write draft-ups that we can send to universities.”

The Lakers continue the season on the weekend of November 23rd, they will play the Northern Capitals in a three-game series. For the full schedule click here.