Home David Suzuki Is there a rational argument against climate action? 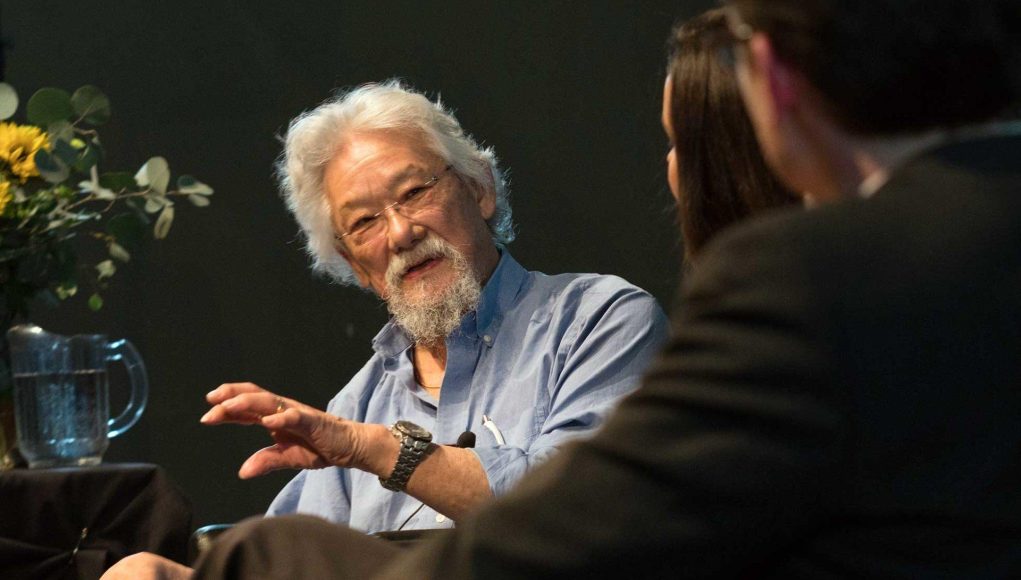 When politicians and fossil-fuelled media seize on a few ill-chosen words I or other environmental advocates blurt out, while ignoring our overall messages, it’s usually because they have no real counter-arguments.

I’m just a messenger, presenting science and solutions in accessible ways. And, like anyone who has worked on climate issues for any length of time, I get frustrated at the lethal lack of political and societal action.

But it’s rare to see these politicians, media and businesspeople present a rational argument as to why we shouldn’t be doing everything we can to forestall the climate catastrophe scientists worldwide are warning will be our future if we don’t act now.

If governments and media truly wanted to stand up for oil, gas and coal workers, they’d create and promote opportunities and help them transition to new employment.

Instead, they ignore the science, or pay lip service to it, while trying to demonize people who devote their lives to ensuring humanity has a healthy future. They take quotes out of context to rile others who fear change and refuse to accept we’re in a crisis. They ignore the heat domes, droughts and floods, or act as if those have nothing to do with rampant, wasteful fossil fuel exploitation.

If governments and media truly wanted to stand up for oil, gas and coal workers, they’d create and promote opportunities and help them transition to new employment. Instead, they blame environmentalists for job losses even as corporate bosses talk about continued — and eventually full — automation of their industry and while the world turns to cleaner energy.

They care as little for the workers as those who rake in massive profits while pushing employees out through automation and in response to market forces. Meanwhile, environmental organizations worldwide are calling for a “just transition” to ensure affected people and their families don’t get left behind in the necessary shift to cleaner energy and less waste.

If they disagree with our communications about climate and other environmental subjects, they should respond with logical arguments.

Why can’t they come up with honest arguments? If they believe climate disruption is not upon us and not serious enough to compel us to change our ways, that we can continue to exploit and burn fossil fuels until they’re gone, then it’s up to them to present their rationale. If they disagree with our communications about climate and other environmental subjects, they should respond with logical arguments.

The Alberta government’s recent response doesn’t meet that bar. It spent $3.5 million (along with a $30-million/year “war room”) on a “public inquiry into anti-Alberta energy campaigns” to defend the most profitable industry in history from plucky environmental groups. It was beset with delays, cost increases and embarrassments before concluding there was no “wrongdoing on the part of any individual or organization” and that campaigns have not spread misinformation.

Instead of accepting this and moving on, the government and some media spun it to imply it concluded the opposite. We in the environmental movement remain transparent about our communications, funding and aims, and if we make mistakes, we correct them. After all, our goal is a healthier planet for all.

We in the environmental movement remain transparent about our communications, funding and aims, and if we make mistakes, we correct them. After all, our goal is a healthier planet for all.

Those who worship money and power will happily manipulate and dupe others to obtain and maintain it. Look at the spew of constant misinformation from U.S. media outlets like Fox, or the ongoing climate science rejection by opinion writers for Canada’s PostMedia chain — in service of the fossil fuel industry’s continued environmental devastation.

They’re holding us back. We’ve known about the greenhouse effect for almost 200 years and been certain about human climate impacts for more than 30, but the fossil fuel industry and its captured politicians, lobbyists, front groups and media have convinced many to continue on as if everything is fine.

We’ve wasted the past 30 years and we’re seeing the consequences. All I and others have been conveying for decades is coming to pass. Just ask the people of Abbotsford or Lytton. Look at the billions of intertidal plants and animals wiped out in the summer heat dome. Canadian canola and wheat production are down more than 35 per cent this year because of drought, yet I still hear the anti-environmentalists arguing that more CO2 is good for plant growth, or that warmer temperatures will be good for Canada.

I’d love to be proven wrong, as would, I suspect, every climate scientist and activist in the world. But there’s no denying our predicament, so let’s work together to resolve it.