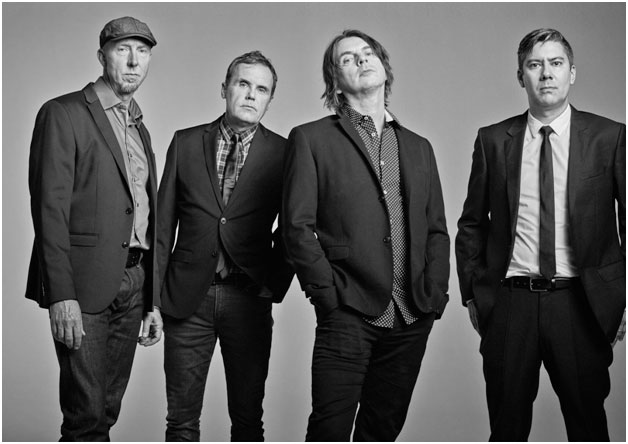 A Conversation With Matt Johnson

54-40 Will Be Bringing A New Road Show This Time Around, “A History Unplugged” is A Stripped-Down Acoustic Rendering of Past Favourites.

In the middle of last week I had an opportunity to sit down and have a phone conversation with Matt Johnson of 54-40. He made time for me while the rest of the band and crew were loading in gear for their performance in Courtenay that night. The band is out finishing up a tour in BC showing off two different records; the January release Keep On Walking as well as their acoustic album La Difference: A History Unplugged, released in 2016.

The quartet has been working in the Canadian music scene since 1981, and with 14 records released – four of which sold platinum in Canada – they are easily one of the most respected rock bands in Canada. Matt and I discussed their new record Keep On Rocking, acoustic takes on old favourites, and much more. 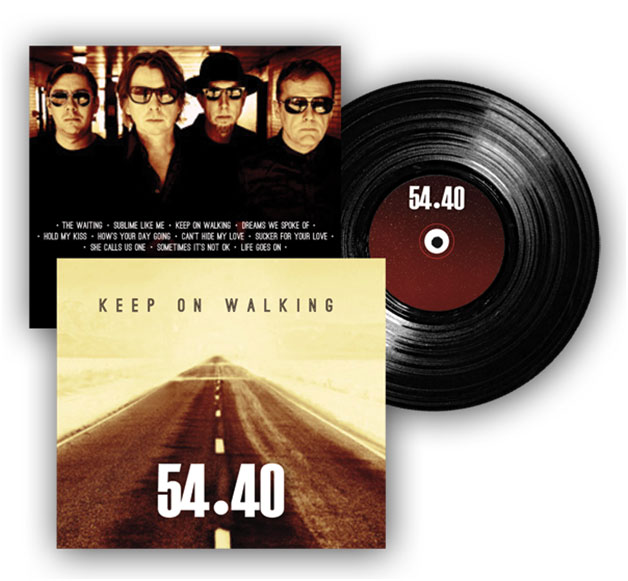 Indie Dan: Thanks for taking the time to chat with me Matt. So you guys have been at it for awhile now… 36 years, 14 albums, several singles and dozens of tours. What keeps you guys going this far down the road?

Matt Johnson: Uh… I don’t know. (laughs) You know, it’s a little dumb luck, a little perseverance, and a little ‘what else are we going to do?’ There are a number of factors. I think mainly over the years it has been that we keep the goals in front of us quite simple, very attainable and we don’t look too far ahead. For example, when we’re starting to write a new record it’s like ‘Okay, what are the parameters,’ then we write the songs for it, we record it, and then we’re on to the next project. And of course, time stops for no one, so here we are 36 years later. We’re still here!

MJ: Yes – I think Neil was born in Regina and spent some time in other parts of Canada. Brad & Neil connected in high school in Tsawwassen, and that’s where the band formed. I was living in Vancouver at the time, I was a fan of the band, and when they lost their drummer in 1986 my name came up as a possible replacement. Being a fan of the band I knew how their songs went, basically – you know, I had to fake my way through it, and suddenly it’s been 30 years or so.

ID: Did you get to record on the self-titled release in 1986?

MJ: I recorded one song on that, but that one was recorded just prior to me joining.

ID: How far have you and the band traveled with your music? Through the 90s you had a number of singles pick up steam in North America, and you had some college radio success down in the states. Where did music take you guys?

MJ: We spent some time in Europe, we were in the Soviet Union in the late 80s… We did a weird little performance there. Yeah, and all throughout the US in the 80s and 90s. We’ve travelled a lot and seen a lot of the world.

ID: When did you guys start winding down the tour schedules?

MJ: As the record industry was turning in the 2000s we continued to release records, but some of them were on our own label. Record companies started cutting back on tour support and all that kind of stuff, and so we had to really pick and choose when and where we would go out on tour.

ID: You guys ran a successful IndieGoGo campaign a couple years ago for two different albums – 2016’s La Difference: A History Unplugged, and your latest record. Did that come up as the industry changed?

MJ: Yes actually. It was one way to finance the record that’s actually out right now, Keep On Walking. We went straight to the source – our fans – to help generate some funds to record this new album.

ID: Excellent, and how long have you guys working on Keep On Walking?

MJ: Keep On Walking was a three-year process. The idea was to use different producers to make the record, and so a lot of the time was spent finding time and getting availability from the producers we worked with. That made the process take a little longer, but ultimately it’s worked out great. The record holds together quite well as a single unit, but you’ll notice the differences in production and so on per song.

ID: And did you stick with one producer per song?

MJ: Yeah, sorta – well one producer would record two or three,  so it was kind of a two or three song thing. Basically we sent out some tracks to producers, and said ‘Do any of these songs float your boat?’, and if so we asked they would like to record them with us.

ID: So before production then, what is the writing process like for you guys? Do you, Neil, Brad and Dave all write together, or how does it work?

MJ: It happens so many ways. Sometimes Neil will come in with an almost finished sketch of a song, other times we might record ourselves at a sound check, and Neil will take the recordings back home and start jotting down some words and some melodies. We don’t really have any rules, it’s whatever gets the job done. The process is multi-faceted.

ID: Where did your inspiration for the new record come from? And, I guess as a sub question, is there still more gas in the tank after Keep On Walking?

MJ: You know, I don’t think it was one point of inspiration, rather than several points brought together. The writing process was spread out across a bit of time, so it was just a gathering of several songs and ideas. And the staggering of the recording process gave us lots of time to come up with new ideas, so I wouldn’t say there was one ‘it moment’, or anything like that.

We’re always talking about new music, and we’ll actually be getting some ideas down on tape over the next couple months to start this process again. Part of our thing, and one of the reasons why we’re still together, is being in a band is part touring, part songwriting and recording albums. We don’t want one without the other, and so the creativity keeps us involved and interested in moving forward. As an artist that’s all you want to do – you just want to create.

ID: Definitely. So this tour you’re on now, is that in conjunction with the release of La Difference: A History Unplugged?

MJ: Exactly, yeah. It came from the idea to strip down and rearrange some of our older music. Crossing A Canyon, which was on the Trusted By Millions record, is kind of a heavy song. But Dave played Neil a piano version of it, changed a few chords, and that inspired him to record it. He liked what we got out of it, and we thought “Maybe we can do this to more of our songs.” So we went through a lot of our most popular material, tried to rework it a bit into an acoustic kind of format. And then we thought well while we’re at it, let’s develop a show and bring this on the road. It’s worked out great, it’s quite an entertaining show. Neil does a lot of story telling. It’s kind of an intimate sit-down show with us. It’s quite fun for us, and challenging musically. And of course the crowds have been great, the response has been wonderful.

ID: And that moment with Dave and Neil on the piano, did that come before Keep On Walking?

MJ:  Yes it did… I believe… Although we might have had the title track written. Keep On Walking has been with us for quite awhile.

ID: And I guess this would be a bit invigorating for you, changing up the old music into a new format. I know for a fact most artists get exhausted with their own music, and I can’t even imagine where you guys would be coming from after 30 years…

MJ: Definitely, and when you’re still creating it makes it all much more bearable. Also we feel quite privileged and lucky to actually be able to be doing this at this point in our lives. I think there’s a general respect that we have for this band, the legacy we’ve created. I think that also makes it easier for us to take these old songs on the road and play them for people, knowing full well that we’ve played them you know, hundreds of times, but we realize how precious these moments are.

MJ: I think this is more of a new thing for us, but I think what’s happened is we’ve developed a show, and word’s got out that it’s a nice fit for these smaller community theatres. We’re at a point now where us standin’ tall in the rock club in town is beyond us, y’know? But presenting the show in this way, in a small theatre makes perfect sense. Theatres are wonderful, most of them are top notch, the production is excellent so it’s a nice way to present ourselves.

ID: Excellent, so what can we expect from these shows sonically? I’ve heard tell of a couple different instruments, could you shed some light on that for the Kelowna performance on March 31st?

MJ: Yeah, there’s violin, banjo, severalinstruments. I play the drums standing up, which is totally unfair…But whatever. (laughs) But like I said, it’s presented quite eclectically. Neil’s tellin’ stories and we’re playing the songs.

ID: Are we going to hear anything from Keep On Walking in this performance?

MJ: Oh yeah! It’s kinda funny, at these shows people will hear acoustic versions of these songs before they hear the studio recorded versions.

54.40 has just a couple more stops this tour, and they’ll be coming to the Kelowna Community Theatre with their stripped down, acoustic style show on March 31st. Tickets are still available right here!

Keep On Walking was released on January 25th and is available on iTunes, Spotify, Google Play, as well as in record stores. La Difference: A History Unplugged was released in 2016, and is also available everywhere. 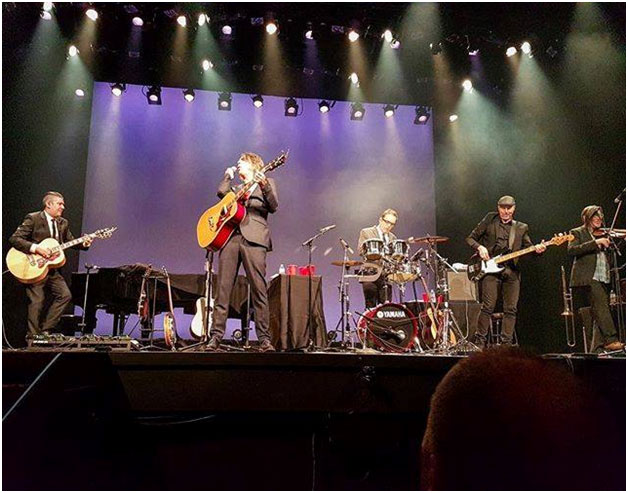 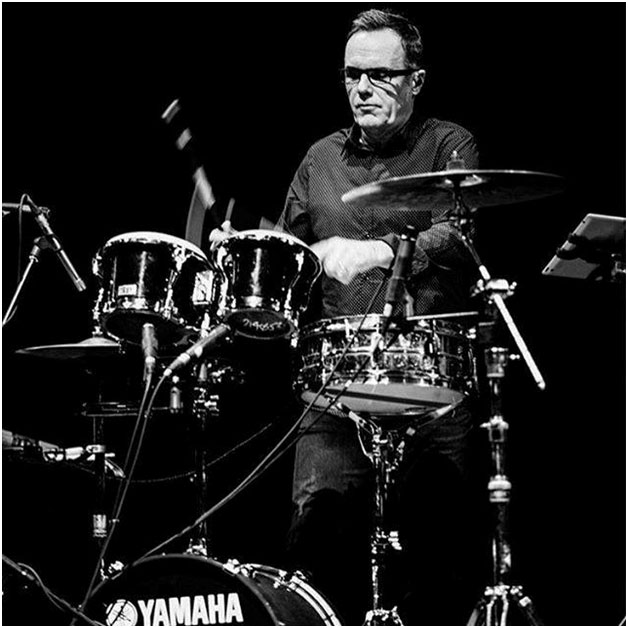 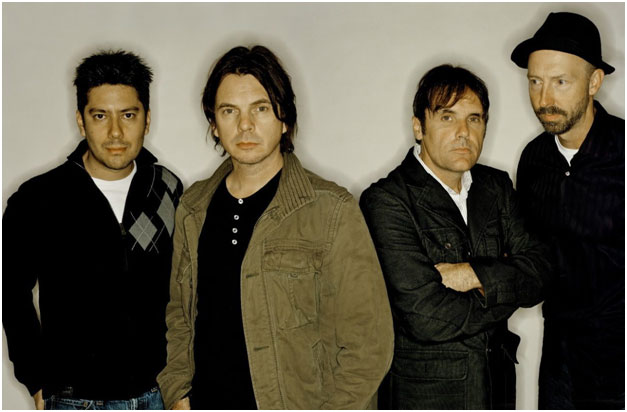