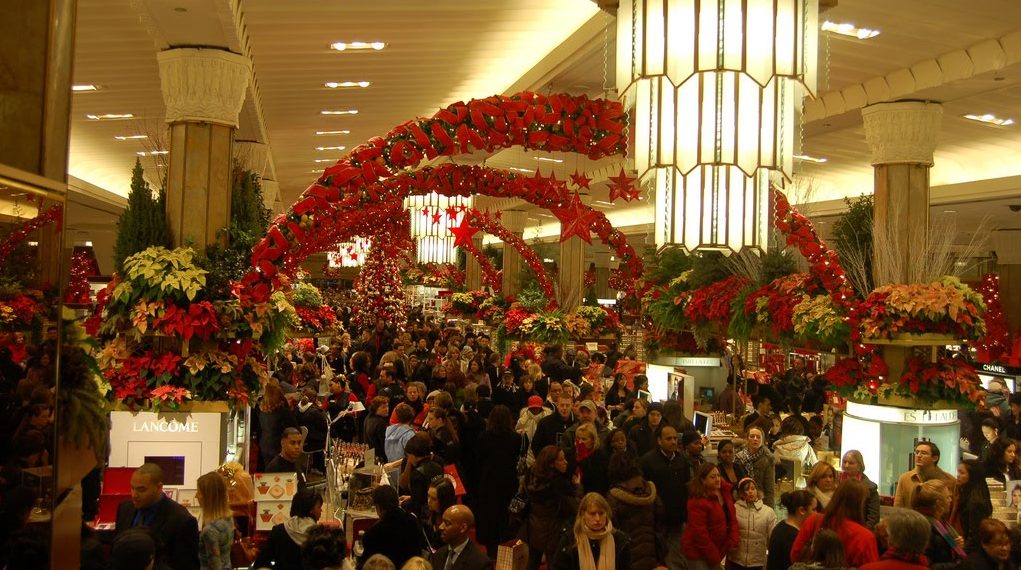 I USED TO HATE CHRISTMAS

Up until recently, I hated Christmas. Some assume it’s because, in 1984, my mother passed away after a short battle with cancer on December 21st, placing a permanent black scar on the holiday. Not so. I remember that Christmas being intensely fulfilling in the shadow of mom’s death. One of my favourite photos is from that day; me sitting on the floor in my BC Lions jersey with my then 2 year old daughter beaming up at me.

Over the years since, other factors have informed these dark feelings, like spending years writing radio ads, attempting to con people into buying things they didn’t need with money they didn’t have. It ate away at me over the years, causing much inner conflict, until I finally managed to shift my focus from the greed of the season to executing well written and, sometimes, entertaining ads, immersing myself in the craft of writing.

In the weeks leading up to Christmas of 1990. I was living in Kamloops, BC with my then-girlfriend Maureen, and had driven to Sahali Mall to shop for her gifts. It was a Saturday and the place was packed, and I mean shoulder to shoulder throughout. I could feel the greed, fear and frustration. Having been in the mall just a few minutes, long enough to absorb the atmosphere the thought hit me in a flash; “I hate this”, and from then on Christmas became a problem. In the years since I have participated in the rituals of the season, and the best I could promise was not to ruin it for those around me, not let them feel the darkness I was seeing. I was a Grinch, not an ogre.

Christmas is also a reminder of profound personal failure for me. My first marriage imploded after a few short years, and my second marriage also failed. So, the festive season underscores my shortcomings as a husband, and as a father too with four children. When it comes to beating myself up over past mistakes, I’m Muhammad Ali.

As the years passed, Christmas seemed to get away from the meaning of the season. Though I have been to church over the years I haven’t believed in Christian mythology for decades. Still, Christmas should be about getting together with friends and family in celebration, to be a little nicer and friendlier to strangers too. But as the years passed, the joviality felt more forced and the season became more materialistic. “Black Friday” and “Boxing Day” sales typically involve frenzied crowds looking for ‘great deals’, with several deaths involved each year. The whole scene is vulgar and disgusting… I have never participated. I love a recent meme; “Black Friday Sale: Stay Home & Save 100%!”

I found a way to make it personally relevant again. Recently my wife Cherryle and I made a trip to Edmonton, to exchange a record I had bought that turned out to be warped and unplayable. Knowing that we had this trip coming, I did some planning to make the it more enjoyable for her. She’s always loved Christmas, so I loaded a USB stick with a bunch of cool Christmas music- favorites like Bing and the Charlie Brown Christmas soundtrack, new discs by Chantal Kreviazuk and Keb’ Mo’ that I reviewed for Gonzo, and a couple of Christmas blues compilations I had just received from Alligator Records- to listen to during the 4 hour round trip drive. My wife also quite serious back problems that will require surgery, so rather than making trip in one day we grabbed a hotel room to stay the night.

On the eastern edge of Edmonton there’s a nursery she loves called Greenland Garden Centre that puts on a spectacular Christmas display, so on our way home we stopped by to take it in. We wandered through the display, enjoying the brightly colored decorations and ornaments, admiring paintings, and buying a robust Poinsettia that now sits on our dining room table. Knowing of my prejudice against Christmas, Cherryle was quite pleasantly surprised when, as we drove home, I lamented not having enough money to buy the painting of the snowman in the forest clearing I had admired. Perhaps she didn’t realize her Grinch was changing.

It was a transformative trip because I uncovered a truth that hid from me for nearly 30 years. Loading up all the Christmas music because I knew she’d enjoy it, grabbing a hotel room, stopping at Greenland Garden Centre because it’s one of her favourite places was what unthawed this icy heart. It sounds like a cliché, especially around this time of year, but it’s in the giving that we receive the greatest gift. Joy, love, friendship, happiness, whatever you want to call it… when you’ve done something that inspires these emotions in someone else, it’s the best feeling in the world. It’s not about how much you spend on people, it’s how you make others feel. This is what Christmas has become for me now, and I wouldn’t have it any other way.

So, Merry Christmas and happy holidays to all, with sincere wishes for a happy and prosperous New Year, whatever that may mean to you. Now get off my lawn.