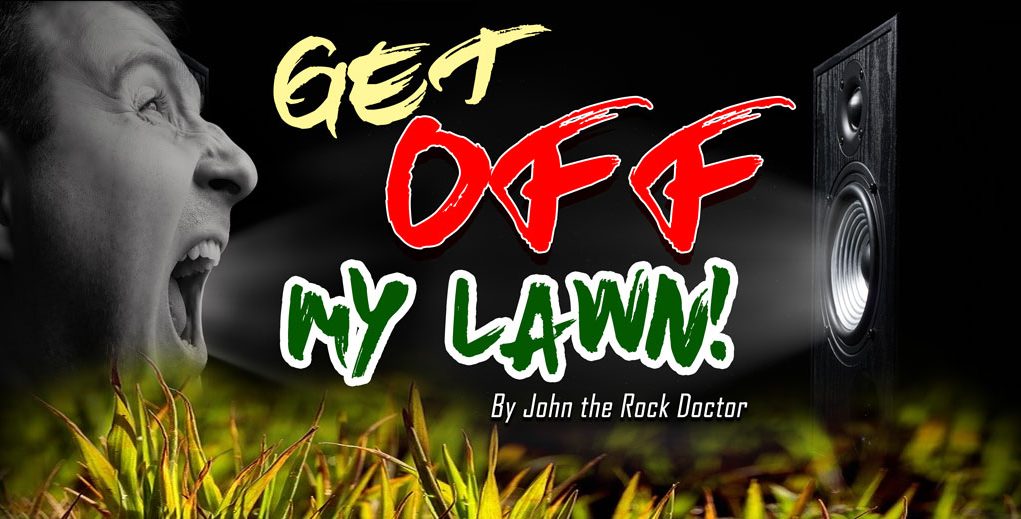 “HOW DO YOU KEEP THE MUSIC PLAYING?

By John The Rock Doctor

I’m 62 years old.  With the average lifespan roughly 80 years, it can be effectively argued that my life is three quarters done.   There is a history of cancer in my family, and last Wednesday the doctor removed a mole from the bottom of my right foot. As I await the test results, I’m thinking about what I should do with the twenty years I may have left.

After getting laid off in 2016 from a radio gig in Alberta, I spent two years chasing radio jobs.  After coming in 2nd for a morning show at a radio station in Creston, I vowed that radio had broken my heart for the last time.  When I watch movies now like “FM” or “Pirate Radio”, I don’t feel the jealousy I once did.

It was clear the industry wasn’t interested in guys like me, they want easily manipulated kids out of broadcasting school.  It was once a creative business filled with lunatics who made inspiring radio that people loved to listen to.  Today, big communications companies have turned it into a big bowl of unflavored oatmeal… uninspiring, with insipid ‘on air hosts’ (not deejays) asking the same inane questions in a feeble attempt to engage listeners, in between playing songs from limited playlists of familiar songs.  Nobody really entertains anymore.  It used to be like the Wild West, where anything could happen and often did, but now it’s pathetic.  That explains the success of Sirius XM, and the proliferation of internet radio stations and podcasts.

Today, three things occupy the bulk of my time outside of family; working as a cashier at  McDonald’s, writing 2 album review columns a month for Gonzo, and writing and producing two weekly shows for an internet radio station out of the UK.  Had United DJ’s not let the deejays program the music, I wouldn’t have bothered applying.  On top of that, I live in a corner of Northeastern Alberta I don’t really like.  So is this how I want my last chapter to play out?  Hardly.

What are my goals for those final 20 years?  Here’s what I’ve got so far;

MOVE BACK TO VICTORIA

Other than Castlegar, it’s the only place I’ve considered home.  In my last “Get Off My Lawn” column called “Don’t Give Up Your Dreams” in July I said “As we drove off the ferry early one Spring morning I honestly felt the magic, as if the Island was saying to us welcome home, this is where you belong.”    It was true in 2008 and it’s true today.  It’s where my life began in 1958, and it’s where I want it to end.  Two of my best friends live there – my big brother Mike, and Pat Thomas whom I’ve known for 20 years.  Other than my wife plus our daughter and granddaughter I very rarely hang with anyone outside of work, even pre-Covid.  I want the magic back – sweet Jesus, I need it!

BE CLOSER TO MY FAMILY

Two of my kids live in Kamloops, the other two in the Kelowna area, along with the majority of my 13 grandchildren, some of whom I’ve never met.  It’s a 12 to 15 hour drive to get there from where I live now, but less than half that from Victoria.  It would be great to see them all on a regular basis and establish those important connections again before its too late.  I also have a sister and brother in law in Castlegar, with nieces and nephews in Grand Forks I should drop in on too.

BECOME A PART OF THE MUSIC SCENE ON VANCOUVER ISLAND

Having written albums reviews for over 30 years and doing a weekly worldwide blues radio show for Untied DJ’s, it would be cool to land a regular blues radio show on The Q, the rock station in Victoria.  I would promote Island artists and hopefully use their production studio to interview local blues musicians on occasion.  Join the Victoria Blues Society again, report on local gigs as well as those up and down the Island, become an ambassador for the Vancouver Island blues scene worldwide via United DJ’s.

I’m an idiot with money – even at my age I’m no more than a few weeks away from living on the street, which means I’ll have to work.  It doesn’t have to be radio, not anymore.  Perhaps the McDonald’s I used to work at would have me back.  If not McDonald’s then maybe a grocery store, or a Walmart, or a gas station.  Whoever hires me will be hiring an old fart, but a hard working and loyal old fart.

I don’t know if it will work out, but I need to move forward.  If you don’t have goals or dreams to reach for or aspire to, you’re standing still; if I continue to stand still, then I’m already dead.  It may be a fool’s mission with my chances of success low, but I’ve got to try… that’s how I intend to keep the music playing.