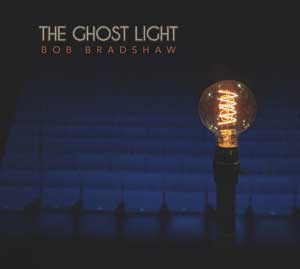 If you’ve never heard of Bob Bradshaw before, settle in and get comfy.  The Ghost Light is a thoughtful collection of tales that wander between folk, rock, country, Americana and blues to spellbinding effect.

Like any good storyteller, Bradshaw repeatedly transforms himself right before our very eyes.  “I’ve never been the kind of writer who picks up a pen to process his personal life or purge his emotions” Bob says.  “I write to create, to imagine, and every track on this album is its own little world.”  The Ghost Light was recorded over the last year, but it’s not a pandemic record.  These songs draw on the kind of fundamental humanity that binds us all as they consider heartbreak and regret, memory and nostalgia, loneliness and liberation, with song arrangements full of color and nuance.

The framework of the songs cover a fairly broad range musically speaking but as Bradshaw states, “I never want the scaffolding of the songs to be visible.  I want to tell stories with room for exploration and interpretation. I want people to bring themselves into the songs as much as possible.”  That’s something I’ve mentioned repeatedly, particularly in recent reviews; the songs that resonate the most with us are the ones we can see ourselves in, something Bob has a solid grasp on.  It’s similar to other artists in this general vein that I enjoy, like Ray LaMontagne and Ray Wylie Hubbard.

The Ghost Light (“In the theatre world, the ghost light is a single bulb left burning to appease the spirits of the absent performers whenever the hall goes dark” Bradhsaw explains) plays like a collection of short works of fiction, each unique and yet still connected by a common emotional thread.  The world may seem like a dark place right now, but Bob Bradshaw is determined to keep the bulb burning because, as he says, “that’s what good storytellers do”; and he’s a fine storyteller indeed. 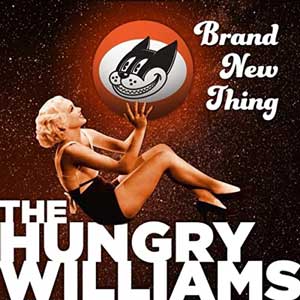 I haven’t had this much fun listening to the blues since I first heard Powder Blues back in 1980.  Playing blues with a lively sax section and some cool barrelhouse piano, The Hungry Williams are primed to show you a good time, and Brand New Thing will make your toes tap and it’ll put a smile on your face.

Aficionados will immediately recognize The Hungry Williams’ musical magic as ‘jump blues’, the kind of stuff I would jive to if I could actually dance.  The band is led by drummer John Carr and includes the talents of Mike Sieger on bass, Joe Vent on guitar and Jack Stewart on keys while singer Kelli Gonzalez really belts it out.  The sax section is Troy Leisemann, Julia Bustle and Bob Jennings. There’s a mid to late 50’s spirit at play, a carefree quality to these tunes that recall a bygone era of hope and optimism, of drive-in theaters and parking at the local lookout for steamy make-out sessions.  The songs aren’t tawdry or overtly sexual, more free spirited than anything.

As a music fan in general and an occasional musician too, I can appreciate Brand New Thing on multiple levels; spirit, execution and musicianship.  The problem an album like this can have is the nostalgic sound that some folks might not like, a ‘Happy Days’ vibe that might be lost on people under a certain age.  The best thing to do when considering a disc like this, I find, is to suspend any musical prejudice and preconceptions.  By all means enjoy the tunes, but try to tap into the energy the band is giving off as well. How does that make you feel?  I think of this as zoot suit rock & roll.

The lyrical themes explored throughout Brand New Thing are as old as rock & roll itself, relationships, and the music itself is infectious.  BNT is a keeper. 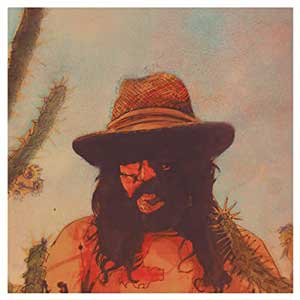 This is the latest solo effort from in-demand session player Jesse Aycock.  A blend of delicate musicianship, poetic lyricism and thoughtful songwriting, Jesse Aycock doesn’t appeal to everyone’s sensibilities, but some will drink deeply from this melancholy well.

“I’ve been working on many of these songs over the last few years, but I could never land on anything until they took shape” Jesse says.  “A handful came together very recently (and) there were a few songs that I was still finishing up as we were tracking them. I find that when you let things happen organically, that’s when the magic happens.”  To be honest, when I first put this on I thought Jesse was a chick with that high and delicate voice… but the more I listen the more he reminds of solo John Lennon, partly for the voice and partly for the emotional depth of the songs themselves.

Of course Jesse didn’t record this album by himself.  He plays guitar, keys, Mellotron and sings, and is joined in the studio by fellow Tulsa musicians Paddy Ryan on drums, Aaron Boehler on bass and keyboardist John Fullbright, in addition to several guests including Allison Moorer.  There are lots of sad songs, but then you have upbeat numbers like Past Life and High Hopes near the center of the record to help balance things out sonically and emotionally.  It can be a little schizophrenic that way, but I like that in an album.

It’s been a difficult year- harder for some than others, and Jesse Aycock is one of them. “Making this record was healing, difficult and beautiful” he notes.  “It’s been a challenging year, filled with loss and heartbreak. When everything around you seems to fall apart, you have to lean on something” Jesse says.  “Music has always been that for me.  Recording these songs helped ground me.”  Who knows? Maybe listening to them will have a similar effect on you too. 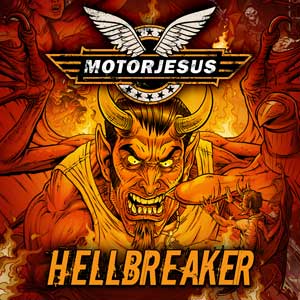 This German band plays my kind of rock & roll; hard, dirty classic metal.  Hellbreaker is their 7th album, and the closest comparison I can make is Judas Priest meets Nashville Pussy with a kind of Nickelback sensibility; thick, heavy, and tons of fun.

Hellrider has a real late 70’s/ early 80’s metallic sound that just works.  The disc sounds like the muscular devil depicted on the album cover and in terms of heaviness, they stop just this side of Pantera.  The riffs that power the songs are catchy has hell, and the solos of new guitarist Patrick Wassenberg are a perfect fit.  When you add in the rest of the band- singer Chris Birx, guitarist Andy Peters, bassist Dominik Kwasny and drummer Adam Borosch- the combination is like a brawl in a biker bar.

Motorjesus wrote and recorded Hellbreaker during the pandemic, but the songs aren’t about that.  Being off the road they used the time to write a compact and explosive album that will delight fans and have people like me asking “where have these guys been all my life?”  Producer Dan Swano says “Every time I worked on a Motorjesus record I thought it would be impossible for them to top it with the next one.  With Hellbreaker they blew my head right off. (This) is the best driving music there is!”  Granted, Swano’s opinion is biased, but if you throw this in the car and turn it up, you’ll find out he’s right.  Oh you’ll hear the occasional acoustic guitar for a bit of texture and balance, but it’s safe to say this is pedal to the metal from the opening track up to gentle acoustic outro at the far end.

Chris Mirx’s muscular vocal attack matches the brutal yet tuneful assault of the band’s merciless attack underneath, resulting in genuine rock & roll excitement.  When the sun is shining, it’s hot outside and you have a clear highway in front of you, I can scarcely think of better company than Hellbreaker. 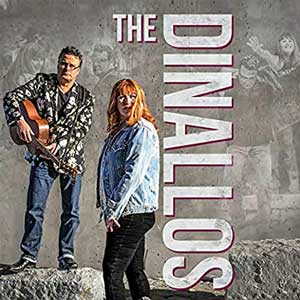 This debut album was 30 years in the making.  The Dinallos blends traditional rock n roll with singer/songwriter elements plus a dash of country and gorgeous tones.  The 16 song collection goes deep into what singer Juliet Dinallo calls “a reflection of life’s journey- overcoming obstacles and unforeseen challenges while learning and accepting from failure and loss with the overtones of happiness that hope brings.”

The Dinallos struck me as something of a country album at first, maybe because of the timbre of Juliet’s voice and the fact that this was recorded in Nashville, but I knew I was in for something more before this was even halfway done.  Both Juliet and her husband Michael (who also produced the record) draw from traditional influences while making their own mark.  Her sweet voice draws inspiration from Shelby Lynne, Dusty Springfield and Emmylou Harris, and Mike has honed his deft and considerable musical skill over something like 3 decades, including a stint as bandleader for the Boston based band Radio Kings.  It’s clear here that he has picked up much along the way.

Michael Dinallo’s guitar playing and expert touch as a producer (along with Tim Carter) adds to the emotional depth of the songs. The album’s lead single, Kilimanjaro was inspired by a TV news story about a reporter who overcame breast cancer to climb the mountain. “The song became a metaphor about letting go of a toxic relationship” Juliet says. “(It) summarizes the difficulty in moving on from a bad place.” The instrumental interludes throughout the album are relaxing and enjoyable, well played and welcome relief from the emotional impact of tunes like Kilimanjaro and the rockin’ Private Hell.

I’ve been aware of Juliet since reviewing her Dream Girl album a couple of years ago and enjoy the emotional honesty in her lyrics as well as her singing.  Michael Dinallo is a brilliant producer with a better set of ears than most, and his guitar playing is understated yet impactful as he creates these 16 near perfect vehicles for his wife’s observations and voice.  Having the legendary McCrary Sisters pitch in on backup vocals is the icing on an already pretty delicious cake.

The Dinallos is the intersection of great songwriting and fine musicianship with an Americana vibe and it’s proving to be excellent company.