Like many Kelowna folks my fixation for the good ole game of hockey took a significant slap shot to some vital parts earlier this week when the Kelowna Rockets were eliminated from major junior playoff action. Once again our local boys under the tutelage of owner Bruce Hamilton provided fans with another tremendously entertaining year of shiny, exceeding expectations of many puck pundits. In fact with a few better bounces the Rockets could have conceivably advanced deep into the nationwide Memorial Cup battle.

The Rockets concurrent success year after year is testimonial to the smarts and dedication of Hamilton and his coaching staff who have placed a highly competitive club on the ice regularly. Such hockey success on a regular basis year after year is not something Kelowna fans relished in during bygone days.

I know because I was there.

Back (waaaaaaaay back) during the mid 1960’s to early 1980’s Kelowna’s pride and joy was a Junior A (tier two) team known as the Buckaroo’s. In those days the Bucks were the only game in town and the old Kelowna Memorial Arena was often filled to capacity with passionate puck fans rocking the rink with a level of raucousness only paralleled by the mayhem and magic on the ice.

Historically the Bucks did not grab a lot of championships in the old B.C. Junior Hockey League, (unlike there precursor senior club the Kelowna Packers), but from an entertainment perspective there was literally no better game around. The new team gained its moniker when club owners received a bundle of older uniforms from the Portland Buckaroos of the pro Western Hockey League (which included Vancouver Canucks, Seattle Totems, Denver Spurs…)

As a wide eyed rink rat kid I saved my pennies or snuck into the rink for every game I could, watching the likes of Gene Carr, Butch Deadmarsh, Larry “The Duce” Lenarduzzi, Dave Cousins and others do battle against other B.C. based teams. Over the years the rivalries between the Bucks and Kamloops Rockets, Vernon Essos, Penticton Broncos, Chilliwack Bruins, Vancouver (later Merritt) Centennials and numerous other clubs thrived. (Though from my perspective the love hate between Kelowna and Penticton or Vernon was purely epic.

Eventually I became the club’s stick boy for one season and then for three years in the late 60’s and early 70’s I served as trainer and assistant trainer. Wayne North owned the club managed by Wally MacCrimmon. Best buddy Danny Thiessen was the statistician and folks such as Harvey Stolz, Dick Earl and Mike Achzener were the support crew to a plethora of talented (and some not so talented) characters. The all wise entertaining Don ‘Saul’ Culley even coached for two years.

Some of my greatest youthful memories were spent on the road, ice, or in the dressing room for four seasons with the likes of players such as:

Many of them went on to pro hockey careers such as Carr, Fox, Lewis, Chapman….some into other spotlights. (Campbell became lead singer of the band named Idle Eyes – despite being booed on the band bus when playing guitar).

Over the years I have often wondered where the boys got to and how their lives unfolded? In mid July this year, thanks to the work of former Buck Shawn Swail, a reunion of Buckaroos is planned for town.

If you know the whereabouts of former players, or are interested in attending part of the reunion, please drop me a note at charliehodge333@gmail.com

And get ready for too much fun. 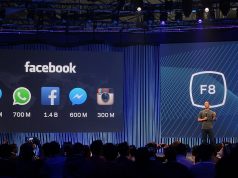