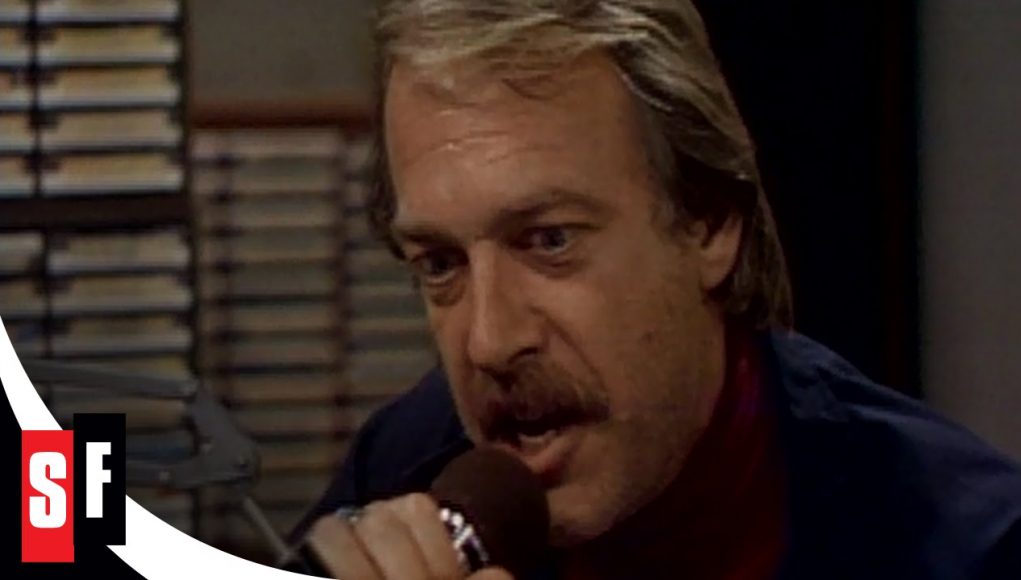 Get Off My Lawn! with John Kereiff: RADIO KILLED THE RADIO STAR

“The broadcast business is a cruel and shallow money trench, a long, plastic hallway where thieves and pimps run free, and good men die like dogs, for no good reason.” – Hunter S. Thompson

That’s a slight variation on a well-known quote that applies to radio today more than ever. On December 24th 1906, the first radio broadcast for entertainment was transmitted from Brant Rock Massachusetts to the general public… much has changed since then.

For someone my age, the golden age of radio was the 60’s and 70’s. I was an avid listener from early on, and I can remember staying up late just to see how many AM radio signals I could pull in and from U.S. and elsewhere. In the summer of 1970, when the family moved from Ottawa to Castlegar, as my brother and I slept in the trailer in Grandpa’s backyard we’d listen to CBC Radio for old serials like “The Shadow” and “Boston Blackie” and be transported back to the 40’s and 50’s. Talk about time travel!

Brother Ken, John Jackson, Tom Lucas, Ralph “The Raccoon” Carney; names that mean nothing to you, but men that kept me glued to the radio as a teenager. I’d hear them on my little transistor and wanted in on the fun. In the summer of 1975, going into my last year in high school, I landed a job as a part time deejay at CKQR in Castlegar and the die was cast. I sucked and swore after that first sweat-soaked show I would never do that again, but I was back the next weekend. In the fall of 1977, I was off to the broadcasting course at BCIT, followed by a career that lasted over 40 years.

The magic of radio whispered in my ears for a long time. When I’d lose a gig for pissing off a general manager (I was fired three times from CJAT in Trail, BC – in the space of four or five years), I’d spend many hours working on my return back to radio as I couldn’t stand NOT being in radio. As a deejay then a writer, I worked at radio stations throughout BC and Alberta for decades.

I witnessed the decline of radio from the inside. If you watch WKRP or movies like FM or Pirate Radio, you’ll get a sense of what the business felt like; we were pirates, creativity running rampant, the connection between deejays and listeners, the feeling that your hometown on-air types (not just deejays but the news people too) were one of you. If they didn’t live on your street you knew they lived in your town and cared about what was happening as much as you did. I don’t think you get that feeling today. 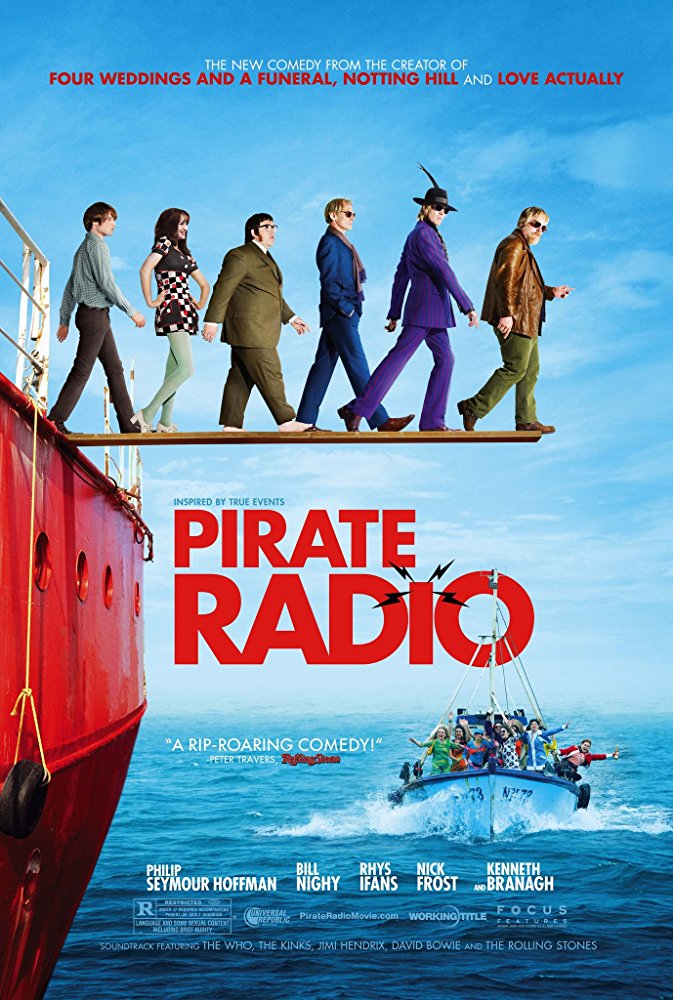 Where did radio’s decline start? The advent of various automation technologies? No- it’s when large companies started buying up independent radio stations. At first it was signals in a given area banding together under a single company. When I worked at CKCQ in Quesnel, ’87-’89, it was part of a chain that included radio stations in Prince George, Williams Lake and 100 Mile House. A regional organization makes sense and your radio stations remain somewhat local. Larger communications companies saw that there was money to be made by gathering up stations and centralizing resources so brands like Rogers, Bell, Corus and Vista are the big dogs in Canada now. With a once creative, vibrant business now being run by ‘the suits’, the results are predictable.

The ability to voice track a radio show was once an emergency stop-gap measure when someone called in sick; now it’s routine. In the early 80’s I did an all-night show at CJAT in Trail, BC, a town of 8,000. Today, you’d be hard-pressed to find that in a major market. In small towns, you’re lucky if you have a live morning show with every other day part being voice tracked by someone from out of market. There are fewer personnel than ever before across each department so the bean counters can improve the bottom line… but what is the real cost?

Up into the 90’s the local radio station in any given town was a vital part of the local fabric. That’s how you found out what was happening locally and around the world, were you heard the new music or golden oldies you loved, played by eccentric, oddly entertaining people. Radio stations weren’t fragmented into narrow genres, they played a bit of everything. And it felt like they were talking directly to you.

It’s only natural that radio should change with the times and technology, but change isn’t always for the better. With the advent of the internet and the concept of streaming music our relationship with the various media is more pervasive and yet less personal than ever, and that goes doubly for radio. How can a guy voice tracking a show from a studio in Calgary know anything about my neighborhood? And what does the copywriter writing ads from 200 miles away know about that great little Chinese restaurant a couple of blocks from here?

In 2016, after the August long weekend, I was laid off from a radio station in Lloydminster. The company that owned our little group of stations decided to centralize resources at their facility in Edmonton, resulting in layoffs across the 7 small town stations in our ‘Northeast Alberta Hub’. I tried for over a year to find work in radio, on the air and as a writer, throughout Alberta and BC, with no luck. I have a talent for writing ads and am pretty good on the air too, but despite many years of experience it has become clear that nobody wants to hire someone of my vintage, preferring youngsters coming out of broadcasting school instead. Now I make due with board operating chuck wagon racing broadcasts during the summer.

The real end of my radio career came in 2017. I went up for the morning gig in Creston, BC that would have been a perfect fit. I interviewed twice for the job and was told that, according my demo, I “clearly have the chops for this” and they all but offered me the job. A few days later, I was told “sorry, but we’ve decided to go another way”. That’s when I gave it up as a career- radio broke my heart for the last time.

When I see what traditional radio has become, it makes me sad. Whereas deejays like Doc Harris kept us entertained with their shenanigans, today’s ‘on air host’ (they’re not deejays anymore) attempts to engage the audience by asking inane questions;
“What is your unusual fear?”
“What are you doing for the long weekend?”
“What is your home remedy for a sunburn?”
“Pineapple on pizza- yay or nay?”

This is what passes for entertainment today; feeble attempts to engage listeners on air and on Facebook in meaningless conversation and posting videos nobody watches. With the constant cutbacks, adherence to narrow, limited playlists and shameless pandering on social media, radio isn’t much fun anymore. What about satellite radio? I purchased a new car in April that came with six months’ free Sirius XM. I was excited at the prospect of being able to listen to anything at any time, but outside of occasional special programming it’s just as boring, with each channel’s play list being predictable and shockingly repetitious. When my six months’ free trial is up, I don’t think I’ll renew.

Admittedly, I long for a time in radio that will never return. Gone are the days of freeform entertainment and programming, it’s more important to follow the corporate philosophy. No room is allowed for accidental magic or pure, honest engagement with the listener. Maybe that’s why internet radio stations are popping up everywhere. I do a two-hour weekly show, playing anything I want, for United DJ out of London, England. College radio stations remain deliciously eclectic, volunteer co-op radio stations the same; a good indication that the public at large is not satisfied with how traditional radio is being mishandled.

A program director I used to work with told me once that “sometimes, you have to let people play golf in the hallway to get the kind of work you need from them.” This program director is now retired, and so is entertaining, spontaneous radio- large communications companies have made sure of that and more than anything. I have many friends still in the industry and I salute each and every one for having the will and the talent to carry on. In the meantime, I must be content to live the Robin Williams cliché; “You want fries with that?”

That’s it for now… now get off my lawn.