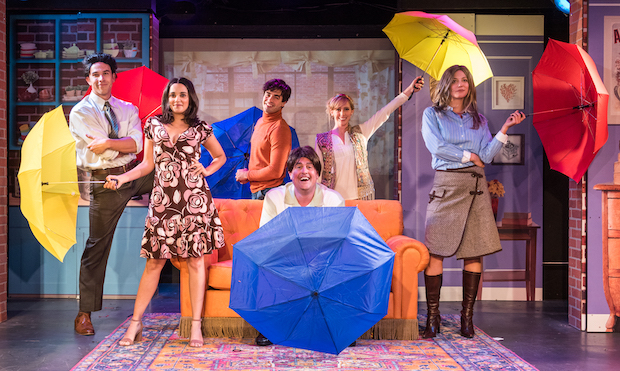 Right Angle Entertainment are delighted to announce tickets for FRIENDS! Tickets for this Musical Parody are now on sale. 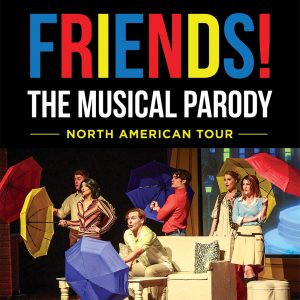 FRIENDS! The Musical Parody is the comedic musical that lovingly pokes fun at TV’s Friends, celebrating the adventures of your favorite group of 20-something friends as they navigate the pitfalls of work, life and love in 1990s Manhattan.

It’s a typical day at New York’s only coffee shop, Central Perk, until an unexpected runaway bride enters the picture and kicks the whole gang out of second gear!

The musical recreates our favorite moments from all 10 years of Friends through an uncensored, fast-paced, music-filled romp.

Songs from FRIENDS! The Musical Parody include:

• “The Ballad of Fat Monica”

• “Could I BE Anymore…In Love with You” – Chandler

• “The One Where We Make a Million Dollars an Episode”

Bob and Tobly McSmith (Authors) have also written Bayside! The Saved by the Bell Musical (NYTimes Critic Pick), 90210! The Musical and many others. Their most recent production, The Office! A Musical Parody, is now playing Off-Broadway in New York City and on tour in North America.

Visit http://friendsparodyontour.com for more information and the latest tour dates.