Home Events DOUG AND THE SLUGS coming to KELOWNA 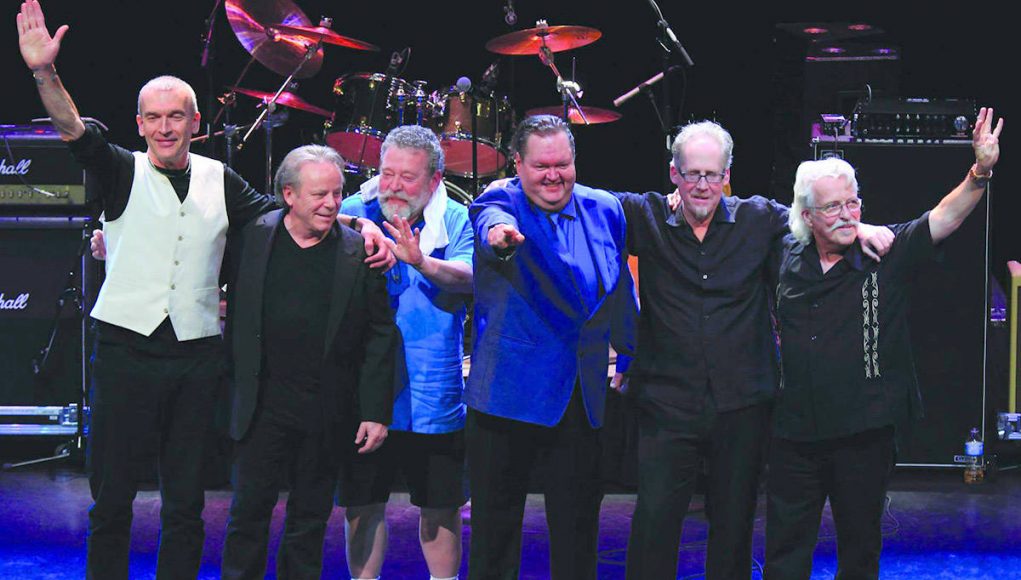 DOUG AND THE SLUGS

Doug & the Slugs are unquestionably one of the most distinctive and entertaining Canadian bands of the past 40 years. Their upbeat songs, musicianship & offbeat stage antics have made them a staple of the national music scene for decades. From 1980 – 1991 they released 6 albums (3 certified gold) and toured relentlessly ‘…from New York to the North Pole’. The band’s quirky videos garnered them heavy rotation in the early years of MTV and Much Music. From their first indie single ‘Too Bad’ in 1979 their hits received substantial airplay across Canada – airplay which continues to the present day.

In the band’s own words:

“We were all saddened by the untimely death of main man Doug Bennett in 2004. In 2009 we five surviving original members regrouped with a new singer, Ted Okos. We talked with Doug’s family and after much discussion decided to keep the name. Hence, we continue to perform as ‘Doug & the Slugs’.

We’re thrilled to have Ted Okos on board as our lead singer. He does not attempt to replace the irreplaceable Mr. Bennett, yet his uncanny interpretations of Doug’s songs are a vital component of our shows. We’re also grateful for his irreverent sense of humour and dynamic stage presence!

We continue to play, honouring Doug’s legacy and bringing our fans a live performance of the songs we recorded, toured and still love after all these years. The positive response has been overwhelming”

TICKETS ON SALE FRIDAY, NOVEMBER 29 @ 10AM
TICKETS AVAILABLE AT www.livenation.com