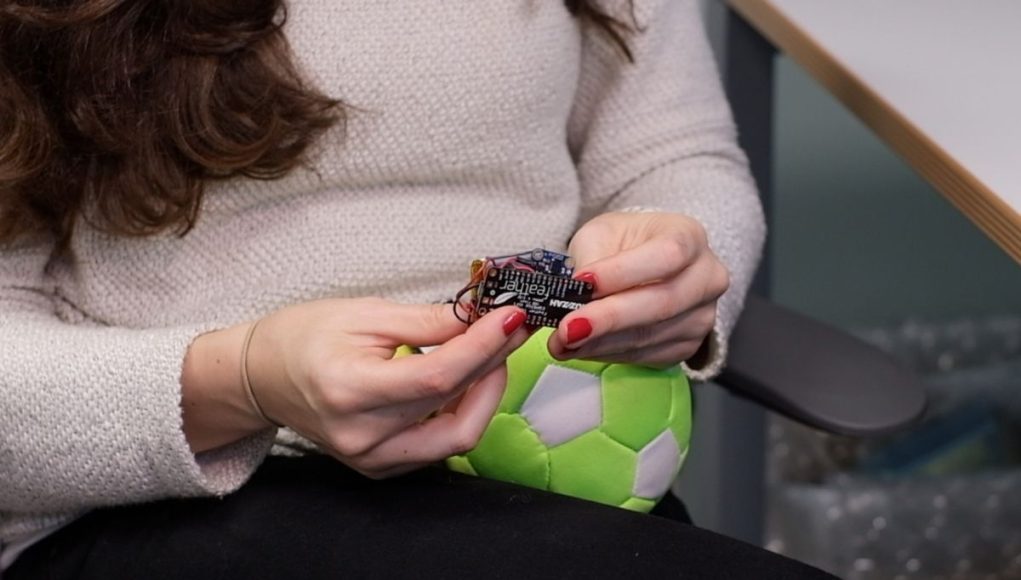 DogPhone: the device that lets pets ring their owners

People have been looking for ways to communicate with their pets while not at home. In times when the use of cameras and other remote monitoring systems feels too distant, a group of researchers has created a hi-tech option for canines that lets them call their owners through a device that looks like a soft ball.

Nicknamed the DogPhone, this device is actually a soft ball that when moved, sends a signal to a laptop which then launches a video call, along with the sound of a ringing telephone. The owner can choose whether to accept the call when to hang up, or also place a call to their pet.

If the owner decides to call their dog back, their furry friend has to move the ball to pick up. As the first author of the researchers named Dr. Illyena Hirskyj-Douglas of the University of Glasgow noted:

“All this [existing] technology allows you to measure your pets’ steps or ring your pets or remotely give your dog food, but your dog doesn’t really have any choices.” The DogPhone is a device that seeks to create a more meaningful connection between owners and their canines, demonstrating that “dogs can control technology and use it, too.”

The future of dogs and technology looks bright, according to Hirskyj-Douglas. In her published research, she said that she envisions plenty of different possibilities for dog-technology interaction. While the DogPhone underwent a number of iterations so it can have the right level of sensitivity towards movement, the final version was tested for weeks between the researcher and her nine-year-old black labrador named Zack.

“Dog rang me but was not interested in our call instead was checking for things in his bed,” Hirskyj-Douglas. Zack was apparently left alone for about eight hours each day during that phase, and while there were some fake calls triggered by the dog’s butt, there have been some meaningful interactions as well. “It’s just giving dogs a choice,” she concluded.