Like so many other bands before them, Vancouver Island’s Current Swell have worked diligently over many years to generate a large and loyal fan base which allows them to make a living playing their own music across Canada and around the world.

The indie rock group, which plays a blend guitar-based roots rock, blues and folk, has released a total of seven albums over the past decade, including the recently-released Buffalo on Oct. 16.

Current Swell started a massive tour on Halloween night in, not surprisingly, Edmonton, where Stanton and Lang grew up and first discovered their love of rock music before moving to Victoria more than a decade ago.

Their tour of western Canada runs throughout the month of November, including gigs on Wednesday, Nov. 6 at Spirit Bar in Nelson and Nov. 7 at Club Sapphire in Kelowna. The tour will continue in Vancouver’s Commodore Ballroom on Nov. 8 and Royal Theatre in Victoria Nov. 9.

The band will enjoy a two-week break before continuing the tour in Toronto, Ottawa and Montreal as well as American venues in Detroit, Chicago, Boston, Brooklyn, Philadelphia and Washington. An extended tour of Europe beings in late January and continues until the end of February.

In a phone interview hours before their opening tour gig in Edmonton Halloween night, Stanton said he and fellow guitarist and songwriter Lang grew up as friends, but didn’t collaborate musically until they both moved to Victoria.

“We knew each other growing up here (St. Albert’s just outside Edmonton), but we didn’t know we both played music,” he said. “Dave moved out to Victoria and I moved out shortly after. I knew he was there, so we sort of linked up and started hanging out and becoming closer friends there.

“We started talking about music and found out we both played guitar and liked writing songs, so we started jamming every single day. One thing lead to another, and suddenly we had 10 songs written.”

Stanton soon discovered Sadava, another high school friend who played bass guitar, had also moved to Victoria, and he invited him to join the jam sessions.

“He came out one day, we sat down and played him some songs and said he would play bass and from there it just sort of grew and grew.”

Lang is the proud father of newborn twins, so he will be replaced on this current tour, but remains a key cog in Current Swell, said Stanton.

The Current Swell’s very first show as a band is the stuff of legend as they had released a five-song EP on the internet. They booked a gig in a local coffee shop, but they didn’t know their EP had become a huge hit with high school students in Victoria. Instead of playing in front of a handful of kids, the coffee shop was packed beyond capacity.

That love affair with their loyal fans has continued to this day, said Stanton.

Their song Young and Able (2009) became an internet hit on YouTube and they have been fortunate to attract a large and loyal online community of fans, he said.

In 2011, Current Swell placed first at Vancouver’s Peak Performance Project, winning the $100,000 top prize and also played one of the largest concerts of its kind in Victoria on Canada day in 2011 in front of more than 45,000 people.

Since then, Current Swell has opened for the likes of The Beach Boys, Bedouin Soundclash and The Beautiful Girls and also performed at the 2010 Winter Olympics in Vancouver and Ottawa Blues Festival.

While proud of all the group’s albums, Stanton is hopeful Buffalo, which was only released Oct. 16, will be considered their finest work thus far.

“We didn’t think a lot about what the industry wants or what our fans want, but what the guys in the band want,” he said. “We produced it ourselves for the first time, we didn’t bring in a big-name producer like we did our last record. We wanted to do everything ourselves and didn’t want to rush things.

“It took us almost a year to record, instead of 17 days on the one before.”

Like many bands with more than one songwriter, Stanton said he and Lang have developed their own unique way to write tunes.

“Sometimes I will start writing a tune and we’ll finish it together and sometimes Dave will start writing and I will help him finish it,” he said. “Other times Dave will write a riff and we will write the lyrics together. We have a pretty good understanding of each other. There was a time in the past where if I started a song, it was all mine and wanted to finish it, but now we’re much more open to working together.”

Their new album was named after the wild animals that roam the western plains and fascinated him since he was a young child, said Stanton.

“I’ve also been enamored with bison and buffalo … every time I come home to Edmonton, I visit Elk Island and check them out,” he said. “I also have a tattoo of a buffalo. One of the songs on the new album features the lyrics ‘I’m a buffalo and you’re a bison’.”

With all the band members committed in long-term relationships and some with young children, it gets more and more difficult to tour, but playing live remains the best way to make money and connect with fans, he said.

“Nowadays, we take our time recording a new record, then book a Canadian tour, American tour, European tour and Brazilian tour, as we have a very large audience in that country,” he said. “Then we book some summer festivals and that’s it.”

A song from their debut album ended up being featured in the first Brazilian “surfing movie” and that song and album became a huge hit, which originally garnered them a large and loyal following across the South American country that continues to this day.

Current Swell hopes the current tour is its best yet and they look forward to playing the Canadian summer festival circuit in 2020 and then heading back into the studio to record their next album later in the year, he said.

“As we get older, it gets tougher and tougher to tour, but it’s something we absolutely love to do,” he said. “We have so much great support out there.” 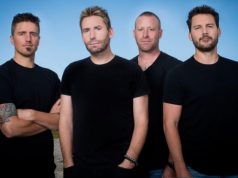 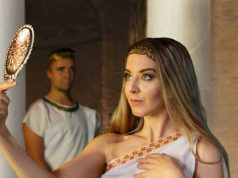 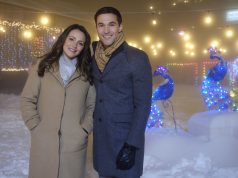