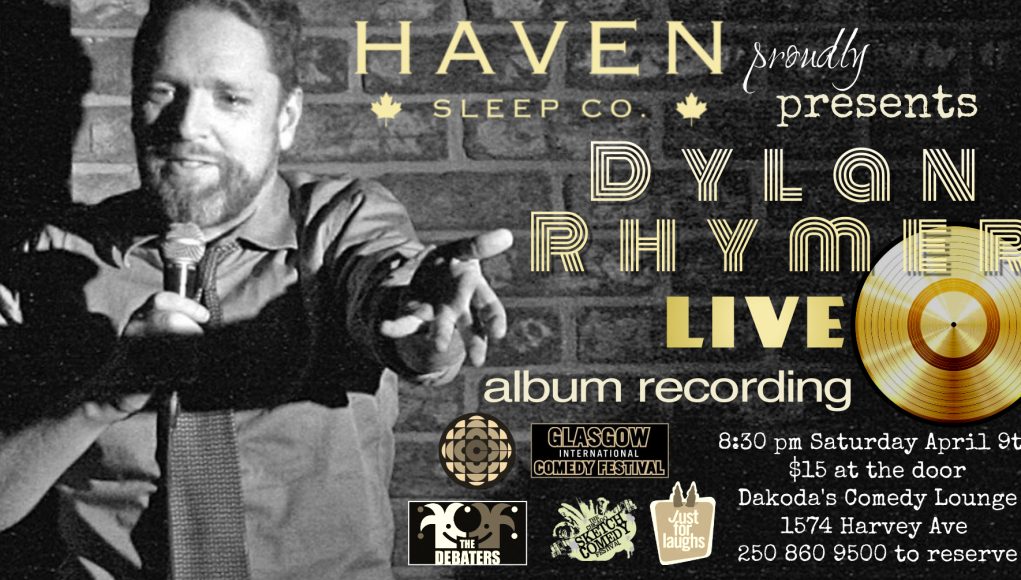 It’s his second CD this year, hot on the heels of his first album MACRO-DOSE which he recorded in Ottawa for 800 LB Gorilla Records to be be released in June 2022. This is a new album with all-new material.

Dylan has appeared on Just for Laughs, CBC television, and the Glasgow International Comedy Festival. Dylan has been a professional comedian for 25 years and has performed in 7 countries, numerous festivals and racked up credits including Comedy Now! 1 hour special for CTV, CBC’s The Debaters, Just For Laughs, The Edinburgh Fringe Festival, Vancouver Comedy Festival, Chicago Sketchfest, Glasgow Comedy Festival, Brighton Fringe Festival and clubs across Canada, USA and Europe. He is the 1st Place Winner of The People’s Champ comedy competition, Western Canada’s largest stand-up competition. As well he has acted in films and television including Once Upon A Time on ABC and Psych on USA Network as well as upcoming films ReDirect, Time Helmet and Flu. He wrote and performed the character Dick Hackney, obnoxious 80’s stand-up comic, in the incredibly popular video game Scarface: The World Is Yours. Players shoot at him with large guns on a daily basis.

His new album MACRODOSE was produced by 800 Lb Gorilla Records and will be released in the spring of 2022. This will be his second album in under a year.

Learn more about Dylan and his upcoming shows at www.dylanrhymer.com