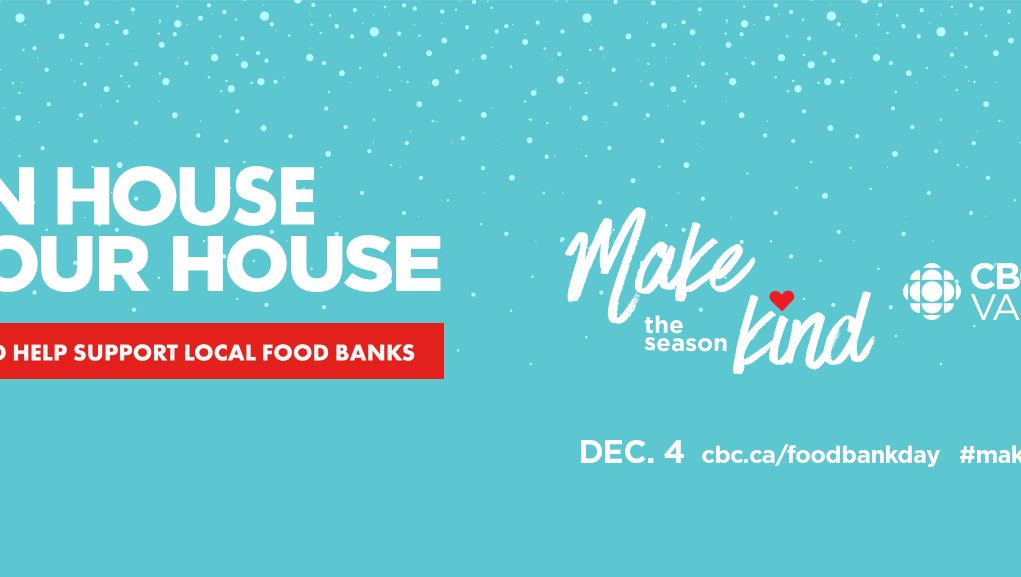 WHERE: CBC Radio One, cbc.ca/bc

WHAT: On Friday, December 4, 2020, CBC Vancouver’s annual Open House and Food Bank Day returns with a virtual twist. The day will feature a full day of special programming on CBC Radio One in support of Food Banks BC and digital meet and greets with CBC personalities.

In adherence to physical distancing protocols and to promote public safety, the CBC Vancouver building will not be open to the public for tours or live broadcasts this year.

Donations can be made and are being accepted online right now at cbc.ca/foodbankday.