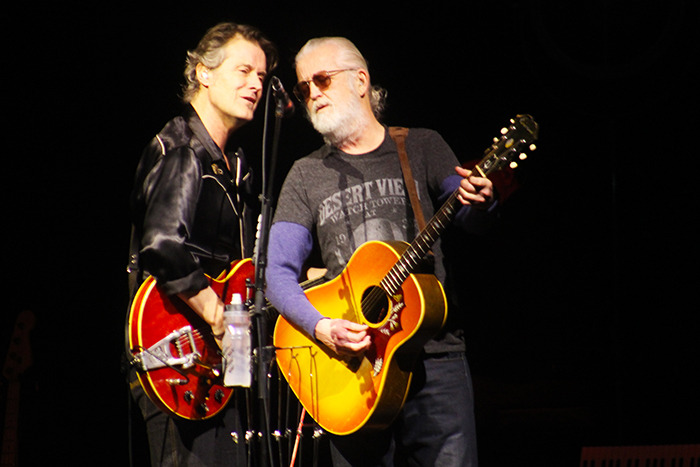 In attendance was Rob Wignall, who shares his experience to our readers:

Barney Bentall was the opening act and performing alongside him was his son Dustin, who is a talented and aspiring singer/songwriter in his own right.

Bentall opened with “Coming Back To You”. He then turned the stage over to his son to play one of his originals. They played a couple more, which Barney referred to as Hillbilly Polka, likely referencing his daughter-in-law playing accordion. He closed with “Something to Live For”, a Barney Bentall and The Legendary Hearts classic. The big crowd was very loud and appreciative of their performance.

It was a good sized and energetic crowd. People dancing and lots of noise after every song. Every song was very familiar and recognizable to a Blue Rodeo fan. All in all a real trip down memory lane and a fantastic concert.