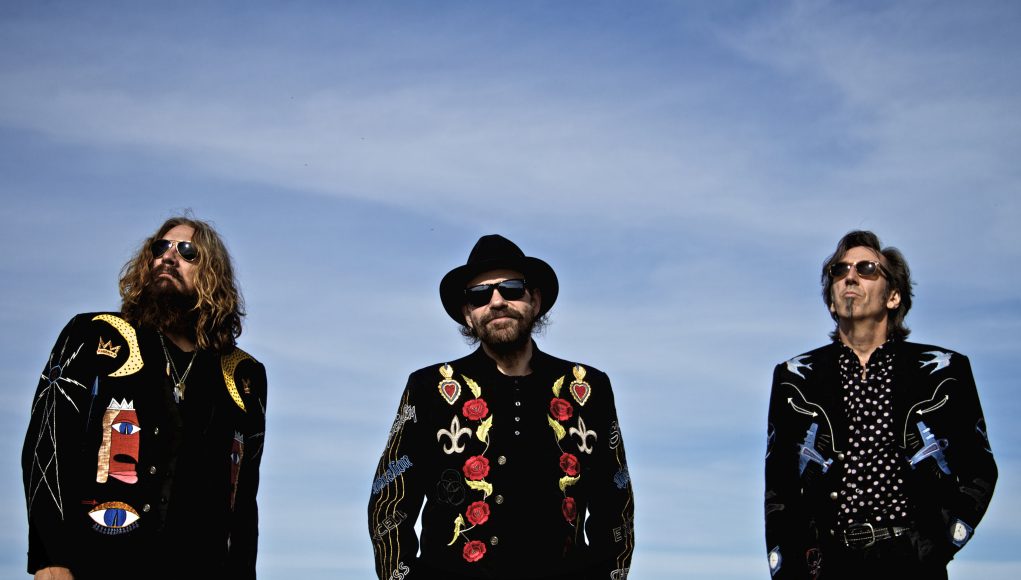 The Vernon & District Performing Arts Centre proudly presents Blackie and the Rodeo Kings with special guests Digging Roots and Terra Lightfoot in concert on Sunday, November 13 at 7:30PM as part of the 2022-23 SPOTLIGHT Special Presentations Series.

Blackie and The Rodeo Kings mark their 25th anniversary as a band with a cross-Canada tour and the release of their 11th studio album, O Glory!  Originally, Colin Linden, Stephen Fearing and Tom Wilson came together to record what was supposed to be a one-off tribute album to the great Canadian songwriter Willie P. Bennett. The result was High or Hurtin’: The Songs of Willie P. Bennett. The band had no plans to make a subsequent album but something unanticipated happened.

“When we play together and sing together as Blackie and the Rodeo Kings. Something magical happens. We haven’t asked ourselves what it is all these years and we’re not going to start now” as Stephen Fearing describes it.

Now twenty years later with ten albums, one JUNO Award and several JUNO nominations under their belts, Blackie and the Rodeo Kings have organically evolved into one of the finest roots-oriented bands in North America and one of Canada’s greatest musical treasures.

Tom Wilson sums up the Blackie and The Rodeo Kings journey; “25 years later, we’re still digging in for the sweet spots. Making friends with the ghosts of poets and harmonizing with the voices in fields and swinging for the fences.”

The Rodeo Kings are honored to be joined by special guests, JUNO Award-winning Digging Roots, (“Aboriginal Album of the Year in 2010”); and 2018 Polaris Music Prize-winning Terra Lightfoot. Husband and wife duo Digging Roots blend folk-rock, blues, and hip-hop with traditional Indigenous music into a genre-blurring indie sound that is all their own.  Lightfoot is a roots-rocker with a rockabilly voice and a blues soul who has released four albums, including the JUNO-nominated (“Adult Alternative Album of the Year”) for her third album, New Mistakes; and has toured across North America and Europe with the likes of Willie Nelson, Bruce Cockburn, Blue Rodeo, The Sadies, and Emmylou Harris.

The Vernon & District Performing Arts Centre presents Blackie and the Rodeo Kings on Sunday, November 13 at 7:30PM. Tickets are $40 for adults, $38 for seniors, and $35 for students available from VDPAC’s Ticket Seller box office: Call 250-549-SHOW (7469); or online at www.ticketseller.ca. For video previews, please visit our 2022-23 SPOTLIGHT Season online at: www.vdpac.ca.