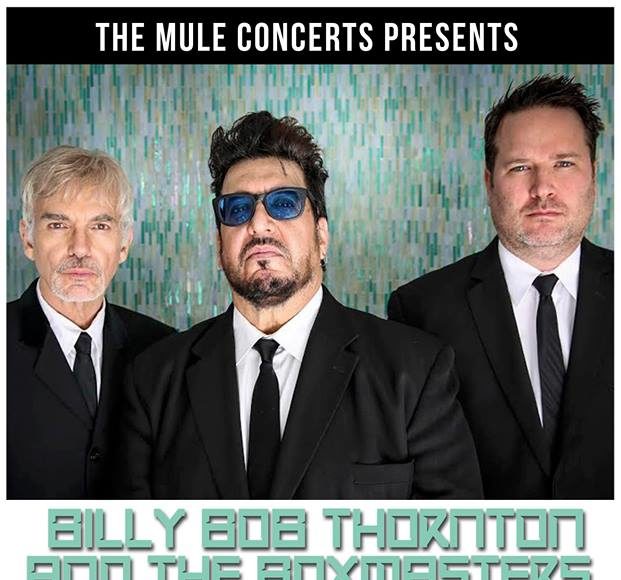 See Oscar Winner Billy Bob Thornton and The Boxmasters in their ONLY stop in BC!The Boxmasters is an American country rock/rockabilly band founded in Bellflower, California in 2007. It features Academy Award-winning actor Billy Bob Thornton playing the drummer and vocalist, with J.D. Andrew on rhythm guitar, Danny Baker (aka Unknown Hinson) on bass guitar, Brad Davis doing vocals and playing lead guitar, and Micheal Wayne Butler on guitars and lap steel. The group has released three albums on Vanguard Records.Before he started The Boxmasters, front man Thornton had played in two cover bands, worked as a roadie, and released four solo albums. After listening to “Yesterday’s Gone” by Chad & Jeremy and thinking about covering it in a hillbilly music style, he had the idea of making Americanized version of British Invasion pop songs. During its early days, the band played several live shows in the California area, as well as in Tecate, Mexico. From mid-2008 to late-2008, the group embarked on a tour across the United States, ending in Los Angeles. It also played for the March 2009 South by Southwest conference. The group went on to play in Canada in early- 2009. In the aftermath of a controversial interview on the CBC Radio One program Q in early-April 2009, in which Thornton labeled his Canadian audience ‘mashed potatoes with no gravy’, the band stopped its Canadian tour early. It resumed touring in mid-April 2009 in the United States.The Boxmasters are returning to Canada with a stop at The Mule on Martin in Penticton September 11th.The Mule is Penticton’s hottest live event venue, featuring a variety of acts from tons of different music genres, voted one of the 50 Best Canadian Small Music Venues by Clickit Ticket. Look for exciting concert announcements throughout the year! Dance the night away with your favourite bands and DJ’s playing everything from Rock n’ Roll and Country to Hip Hop and Electro House! There’s something for everyone! Our Vegas-grade light show and sound system will keep you going into the early hours of the morning!TICKETS AVAILABLE HERE – http://www.ticketweb.ca/t3/sale/SaleEventDetail?dispatch=loadSelectionData&eventId=6784595